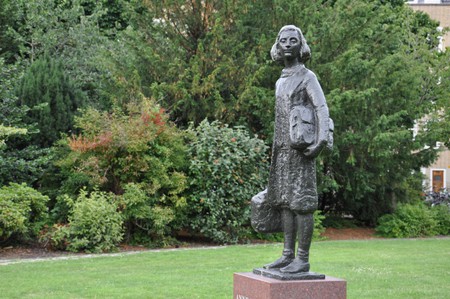 A statue of Anne Frank with her diary on Merwedeplein, Amsterdam | © Gus Maussen / WikiCommons

Anne Frank’s diary has remained in print for over 60 years and continues to inspire millions of people around the world. To honour the young diarist’s life, talents and legacy, Culture Trip has created a special list that covers 10 important facts related to her diary.

Anne Frank was given her diary on her 13th birthday

After receiving a notebook for her 13th birthday on June 12, 1942 Anne Frank almost immediately began to record her life in Amsterdam. Although this book was actually designed to contain autographs, Anne decided to use it as a journal.

She addressed her thoughts to a fictional friend called Kitty

Anne Frank’s diary entries are addressed to an imaginary friend she invented called Kitty. Although this character may have been based around a real person, Anne saw her diary and Kitty as interchangeable.

Her diary provided a firsthand account of Jewish persecution under Nazism

Anne Frank fled with her family to Amsterdam in 1934 in order to avoid Nazi persecution in Germany. Unfortunately, the Germans invaded the Netherlands in 1940 and soon began to implement anti-Semitic policies. By writing down her experiences, Anne Frank documented these systematic attacks on Jewish people and detailed the anti-Semitic laws created by the Nazi regime. After the war, her work became an invaluable resource for historians and the general public alike.

As Nazi oppression became increasingly hostile in the Netherlands Anne’s parents decided to relocate their family to a secret, three-storey apartment on Prinsengracht. The family planned to move on July 16, 1942, but were forced to relocate 10 days earlier as Anne’s older sister Margot was summoned for transportation by the Central Office of Jewish Emigration. Eventually four other Jewish people joined them in this concealed space, which Anne called het Achterhuis (or the Secret Annex in English translations). 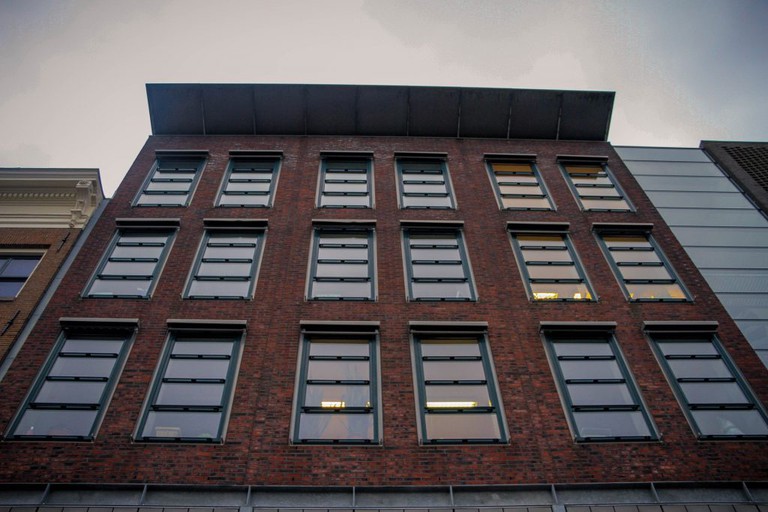 Anne was a skilled writer and wanted to become a journalist

Anne Frank clearly had an instinct for prose and recounted her day-to-day life with wit, style and clarity. Her personality constantly shines through her diary entries and she constructed her sentences with a rare level of eloquence. At one point in her diary Anne states that she aspires to pursue a career in journalism and planned to continue working hard towards this end. Besides her diary, Anne also wrote several works of fiction that have since been published in English.

Anne Frank was inspired by the Dutch government in exile

In March 1944, Anne heard a radio broadcast given by exiled Dutch minister Gerrit Bolkestein that called for the preservation of civilian letters, records and journals. Bolkestein stated that these documents would be archived after the war in order to record the Nazi regime’s brutality. After hearing this speech, Anne began editing and revising her diary in order prepare it for publication.

The Franks were arrested by the German police in early August 1944 and deported to concentration camps a month later. Only Anne’s father Otto survived the war and eventually recovered his daughter’s diary from a family friend in Amsterdam.

Her diary is available in over 60 languages

The first Dutch edition of Anne Frank’s diary was published under the title Het Achterhuis in 1947 and quickly sold out. Since then, the diary has been translated into over 60 sixty languages and undergone several revisions. 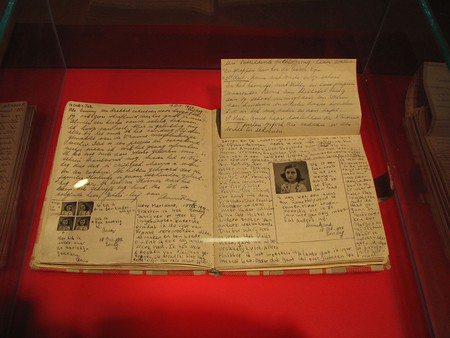 It’s still uncertain how the Secret Annex was discovered

How the German police discovered the Secret Annex is still uncertain. Although many people believe that someone must have informed the occupying forces, this culprit has never been identified and it’s possible that the police accidentally discovered the apartment during an unrelated raid.

Newer editions have caused controversy due to their anatomical content

In 1995, an unbridged edition of Anne Frank’s diary was published that contains a previously omitted entry where the young diarist explains her fascination with her vagina, labia and clitoris. This passage was originally removed from the diary by Otto Frank in order to avoid offending conservative parties and 60 years later its presence still caused considerable controversy despite being conspicuously nonsexual. In fact, several schools in the USA have tried to remove the edition from their curriculum. 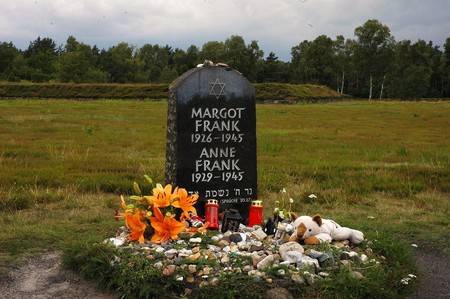