The Top Things to Do and See in St Moritz 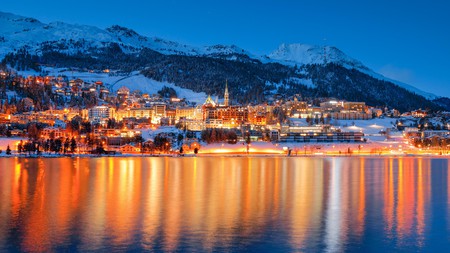 A popular ski resort and spa town, St Moritz is home to art galleries, museums and luxury shopping. From glistening Lake St Moritz to the town’s iconic Leaning Tower, there is something for every type of traveller.

You’ve probably heard of St Moritz. A ski resort in Switzerland’s Engadin valley, the town was the birthplace of alpine winter tourism back in 1864. Since then, St Moritz has hosted the Winter Olympics twice in addition to countless other top winter sports events. With a shimmering lake, fairytale forests and excellent skiing facilities, the town remains a first-class resort blessed with uncanny natural beauty. That said, St Moritz is also a culturally rich town with plenty of museums, galleries and boutiques that cater to a well-heeled crowd.

Marvel at the Leaning Tower 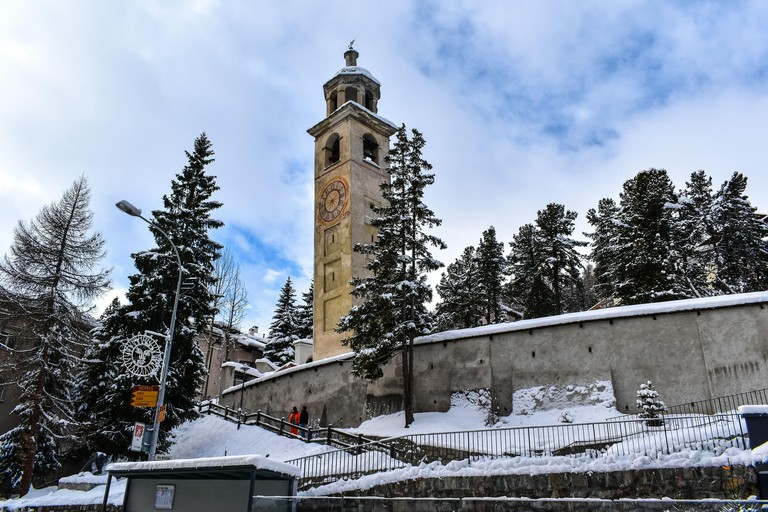 © Kiel / Alamy Stock Photo
Contrary to popular belief, Pisa’s sloping structure doesn’t have a complete monopoly on leaning towers. This St Moritz landmark dates back to the 12th century and, with an incline of 5.5 degrees, exceeds its Italian counterpart by some way. The building measures 33m (108ft) tall and is decorated with intricate carvings. The tower once housed a bell that had to be removed in the 19th century because it made the structure too top heavy, and led to fears of a collapse. Today, the tower is firmly secured to the ground and lights up each night, lending the centre of town a magical air. 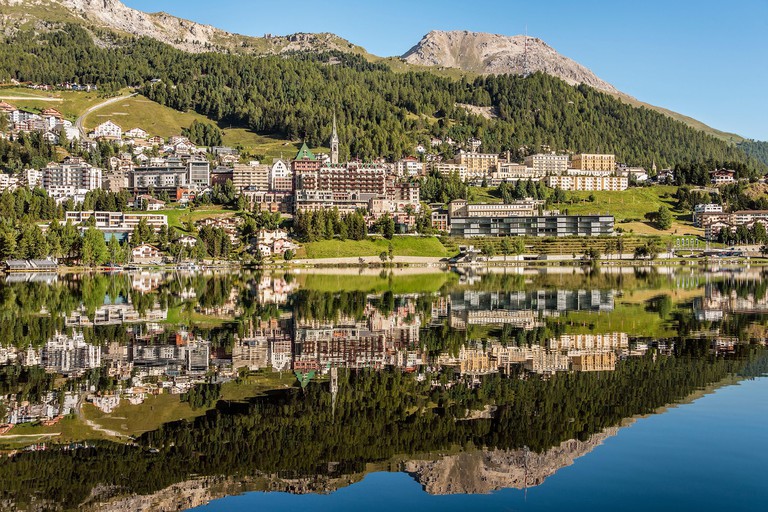 Perhaps the most iconic symbol of this lovely town is the breathtaking Lake St Moritz itself. While quite small compared to some of Switzerland’s other lakes, with a surface area of less than 1sqkm, it is a site of a number of sport activities throughout the year, especially when it’s frozen. For example, during February, you can witness the famous White Turf horse races, which have been taking place on the frozen Lake St Moritz since 1907, as well as polo matches. It is also the site of the first ever ice cricket tournament, which occurred in 1988.

For a great ski in the winter and a great hike in the summer with stunning views, Piz Nair is a fantastic location. This is the mountain that hosted the alpine skiing during the Winter Olympics in 1948, and has also hosted a number of tournaments and championships since. Easy to reach by cable car from the town, this stunning peak offers fantastic ski runs, including a brilliant black that’s fast and challenging. 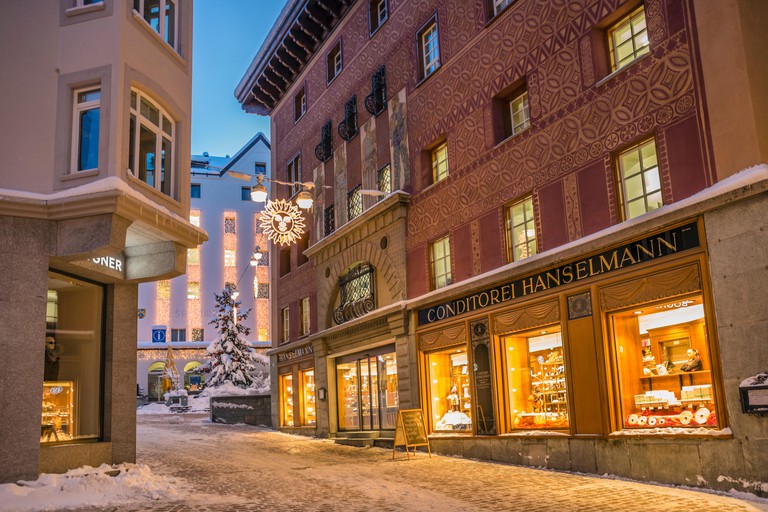 © Olaf Protze / Alamy Stock Photo
For a great experience of Swiss cuisine, Hanselmann is a cosy and authentic cafe that offers a range of real Swiss chocolates, lovely coffee and very filling hot meals – it’s an especially good spot for breakfast. The views are outstanding, with windows overlooking the beautiful lake and the surrounding mountains. The cakes and pastries are also delectable, including a sublime Black Forest Gateau and the local speciality, the Nuss Torte.

At 3,300m (10,827ft) up, Piz Corvatsch is one of the highest points in the area. It’s a haven for skiers, with a magnificent 8km (5mi) run to St. Moritz-Bad. That’s not to mention the stations with their great restaurants that provide especially good, warming traditional Swiss fondues. The enormous ice cave of this mountain is particularly worth seeing, as well as the gorgeous views of the Alpine glaciers – it’s also a great spot for hiking during the summer. 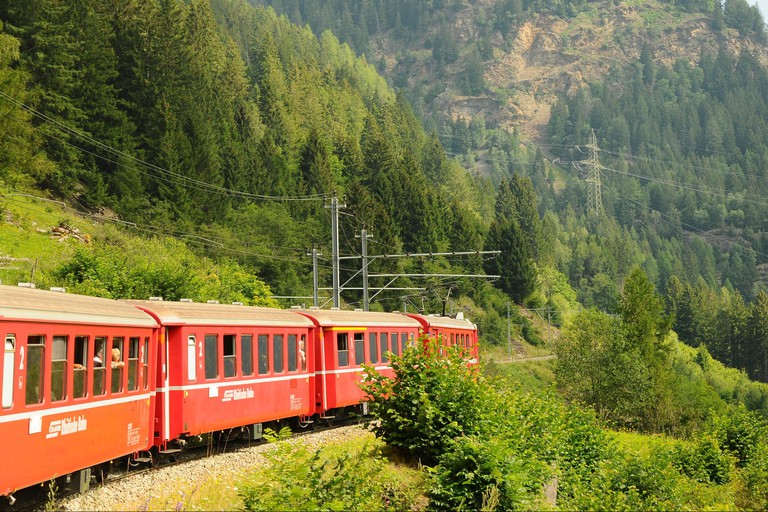 One of the most remarkable railways in the world, the Glacier Express is an activity in itself. Offering trips to Zermatt, the journey is almost more exciting than the destination. Famed for its spectacular views of the mountains, the Glacier Express travels over almost 300 bridges, across breathtaking valleys, intriguing forests, and babbling mountain streams. The restaurant carriage also provides carefully prepared meals to make this unique railway journey a truly luxurious experience.

Engage with local art at the Segantini Museum

Museum
Facebook
Email
Twitter
Pinterest
Copy link
Share
Map View
This small domed stone building sits perched on a hill at the entrance to St Moritz. Built over a century ago to pay tribute to the 19th-century Swiss painter Giovanni Segantini, best known for his sweeping alpine landscapes, the museum is home to the largest collection of Segantini works in the world. Be sure to check out the museum’s primary attraction, the magnificent triptych Life-Nature-Death, which perfectly captures the unforgiving yet sublime alpine landscape. For those keen to soak up a little off-piste culture in St Moritz, the Segantini Museum provides a worthy option close to the town. 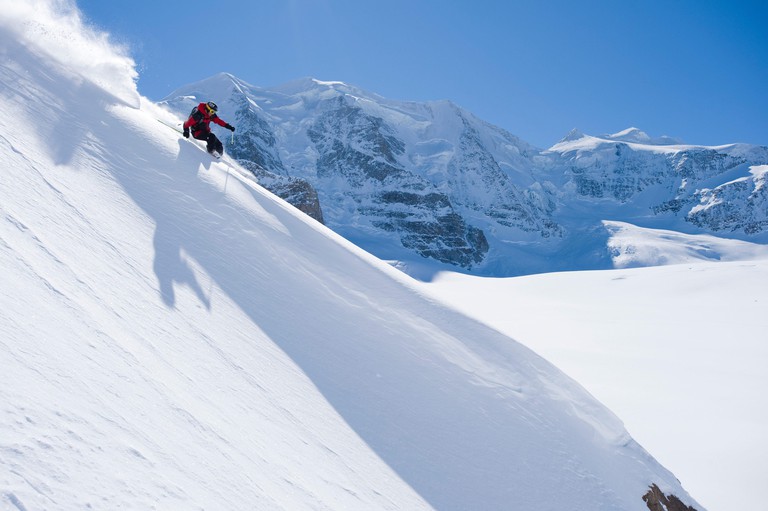 Worthy of its name, which means “she-devil”, the difficult and varied red and black runs of this mountain are devilish indeed. They include the famous 10km (6.2mi) run down the Morteratsch Glacier, and represent one of the most popular ski destinations in St Moritz. The panoramic views of the glaciers are truly spectacular, which can be fully appreciated on the terrace of the restaurant at Diavolezza’s summit. For a truly unique and magical experience, this famous mountain is the sight of moonlight skiing once a month.

Museum
Facebook
Email
Twitter
Pinterest
Copy link
Share
Map View
This is the place to come to learn all about alpine living and domestic culture in St Moritz from the 15th to the 19th century. The museum was built in 1906, with 21 exhibition rooms and historic motifs such as richly embroidered textiles, precious jewelry, rare wall clocks and everyday utensils conjuring a clear impression of the past. The museum also includes a chance to learn about the language of the Engadine people: Rhaeto-Romanic. Known colloquially as Romansh, it was close to obsolete before being revived in the 1930s, and is now recognised as the fourth official language of Switzerland.

Art Gallery
Facebook
Email
Twitter
Pinterest
Copy link
Share
Map View
A swanky space that’s an outpost of the famous Zurich-based art gallery, Galerie Gmurzynska boasts carefully curated exhibitions showcasing modern and contemporary works. Visitors can enter for free to peruse the paintings, sculptures and various exhibitions on show, with the building itself worthy of a visit for those with even a passing interest in modern architecture. With a focus on the Russian avant-garde, past exhibitors also include Zaha Hadid, Yves Klein, Karl Lagerfeld and Joan Miró. Galerie Gmurzynska has hosted over 150 shows and also publishes a variety of art history catalogues.