How Art Basel Became the Biggest Art Fair in the World 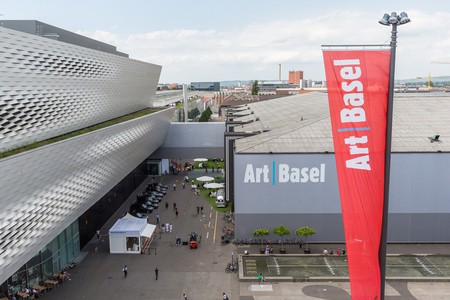 Art Basel has been described as the Olympics of the art world, earning almost universally lofty praise from critics, but it wasn’t always so. Discover the origins of Art Basel and how it came to be the biggest and most prestigious art fair in the world.

In the ’60s a trio of gallerists, Ernst Beyeler, Trudi Bruckner and Balz Hilt, came up with the idea to take the Basel art and gallery scene to the next level. They planned to host an international fair and bring the best of the world to their part of the world. The trio took their plan to Hermann Hauswirth, head of Messe Basel, one of the city’s biggest exhibition centres, who signed off on it.

June 1970 quickly rolled in and the first edition of Art Basel (then known as Art 1’70) was held. It was a great success. 16,000 people visited and 90 galleries from ten countries around the world took part.

Success after success piled onto Art Basel. In the 1980s, the International Association of Photography Art Dealers choose the fair to showcase 150 years of photography, propelling Art Basel’s name and stature to the front of the art of photography.

From the start, the event had drawn attention from American exhibitioners and gallerists. According to the MCH Marketing Group, this American interest was pivotal in making Art Basel into what it is today. It offered the perfect opportunity for artists from the US to show off their works in Europe and more importantly, to sell them to this lucrative market.

The final act in cementing Art Basel in its prime position was the debut fair on the glitzy Miami Beach in December 2002, which brought 30,000 in its first year. 11 years later, Art Basel went on the road again, premiering in Hong Kong and almost immediately conquering the Asian art market. Over 70,000 visitors flocked to last year’s edition.

This week's #artbasel Instagram is by @joshuasusu. Visit us on Facebook to see more top moments captured by our global community + continue tagging your photos for the chance to be featured!

Today, Art Basel’s position is well established at the forefront of all art fairs around the world. The 48th edition in 2017 attracted a whopping 95,000 people from across the globe to marvel at and bid for the works of 4,000 artists. 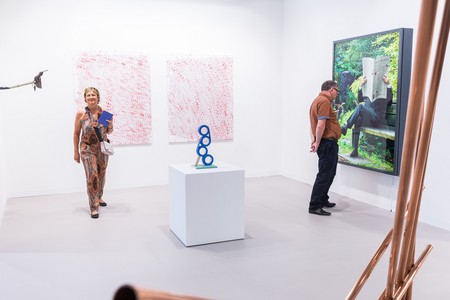 “Art Basel marks the most important moment in the art world calendar, providing the best platform to make new connections and strengthen our existing relations with the most serious collectors and museum directors in the world,” Hyun-Sook Lee, founder and chairwoman of the Kukje Gallery said after the event.

Art Basel’s name is so huge that showing there can make or break a gallery: “Being selected to participate in Art Basel’s Statements sector is a turning point in the career of our gallery,” explained Aleya Hamza, director of the Gypsum Gallery.