A hive of creativity, Göteborg has become a significant venue for the international contemporary art scene. The Göteborg International Biennial for Contemporary Art (GIBCA), Sweden’s largest event of its kind, started here in 2001, showcasing Göteborg as a city of culture and attracting well-established artists from all over the world. From sculpture to graffiti, here is a walk through ten of Göteborg’s best contemporary art galleries. 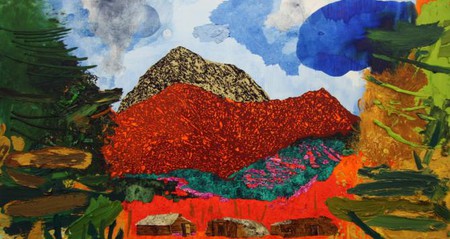 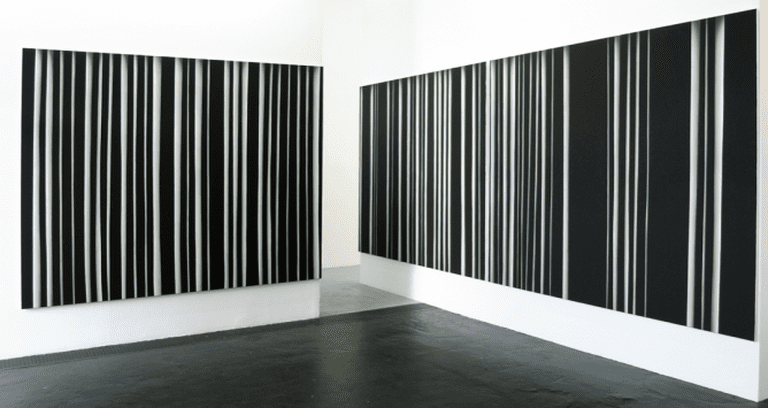 Göteborgs Konsthall, Götaplatsen | Courtesy of Göteborg Konsthall
Located in the centre of Göteborg, the Göteborgs Konsthall was originally built for the 1923 Göteborg Exhibition, a world fair marking the city’s 300th anniversary. It is right next to Göteborg’s Art Museum and is a great venue for exploring the international contemporary art scene. New York-based Chintra Ganesh and British artist Idris Khan, among others, have both had impressive exhibitions staged here. An important player in Göteborg’s cultural activities, the Konsthall has an ongoing partnership with the Valand Academy, the University of Göteborg’s art faculty, allowing students of fine art and photography to show their work here. It also participates in the GIBCA (Göteborg’s International Biennial for Contemporary Art). 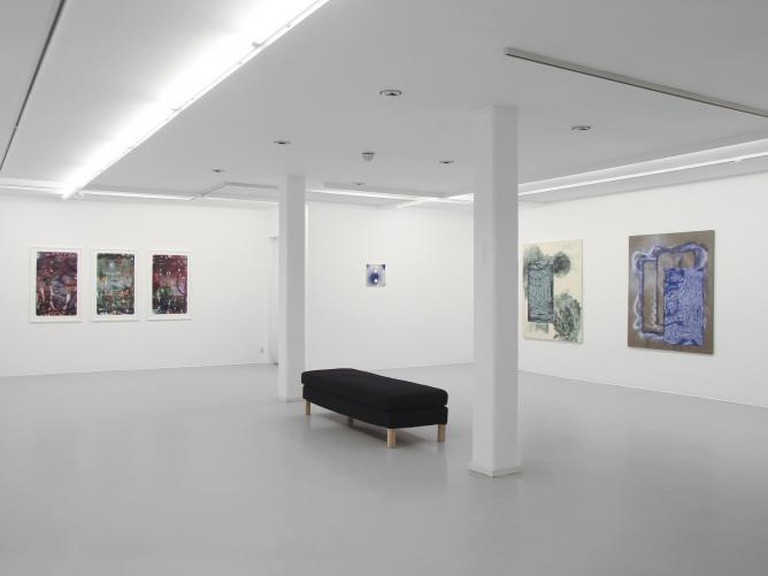 Gallery Thomassen, Göteborg | Courtesy of Galleri Thomassen
Close to the Vasa Park in the centre of the city, Galleri Thomassen has been showing the cream of contemporary art from Sweden, Scandinavia and Berlin since its opening in 1990. Some of the gallery’s past shows include the works of Swedish artists Tommy Hilding, Roger Metto and Dan Perrin and sculptures by Claes Hake. The gallery also encourages aspiring young contemporary artists by providing a platform for exchange and a dedicated area for exhibitions called Lilla Galleriet (little gallery). The Thomassen gallery participates in local events such as Göteberg’s art weekend, during which it invites local artists to take part in a giant exhibition.

Named after of a group of artists who formed a movement in 1954 to campaign against Göteborg’s then conservative and somewhat reserved approach to art, Galleri 54 is an artist-run gallery with an open philosophy. It gives young and non-established artists from all over the world the chance to show their work in a cooperative context where exhibitions are not subject to commercial pressure, There is a strong focus on innovative art forms, such as the 2014 The Seeds of Smoke exhibition in which artist Sven Drobnitza offered a new perspective on ordinary everyday objects, or A Study of Free Fall and Levitation, in which artists Hegard & Ågren explored the question of weightlessness and gravity. Interestingly, Galleri 54 also has a special outdoor feature known as the Peepshow, a mini window gallery hosting various exhibitions and installations.

Under the Älvsborg bridge on the western banks of the river Göta sits an old boiler house bearing an impressive graffiti mural. This is Röda Sten, one of the largest contemporary art galleries on Sweden’s west coast and home to contemporary art in all its forms, ranging from installations to video art, from sculpture to photography. It was here that the first GIBCA took place in 2001 and the gallery continues to play a prominent role in the flagship event. The outside mural painted in 2004 is one of the gallery’s permanent exhibits and has recently undergone conservation work by Mikael Dimitri Lingren. Röda Sten is also known for encouraging young people to express themselves through creative projects such as the 2013 We exist therefore we are exhibition based on creating individual space and being visible in Göteborg.

Originally founded by art dealer Kenneth Åberg in 1969, the Nils Åberg gallery is run by Nils and Ida Åberg who inherited a passion of art from their father. Kenneth Åberg was associated with some of the world’s best-known contemporary artists, including Andy Warhol; during his forty-year career, he built up an impressive private collection, featuring the works of pioneering contemporary artists such as Roy Lichtenstein, Christo or Victor Vasareley. Following closely in their father’s footsteps, Nils and Ida continue to host important exhibitions such as contemporary Spanish masters or well-known Swedish artists. 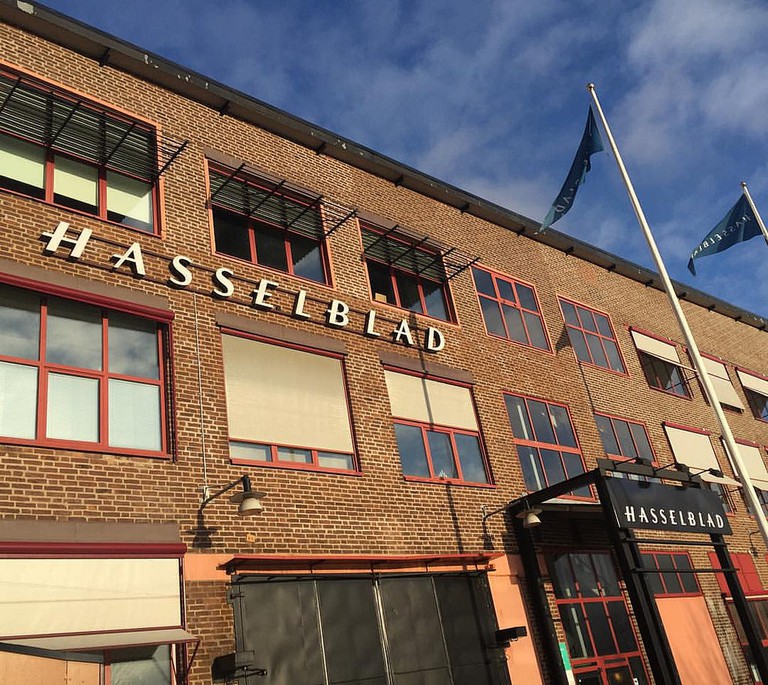 The finest in photography | ©George Shahda / Flickr
Located in the Göteborg Museum of Art, the Hasselbad Centre is a natural stop off for all photography aficionados. Exhibits include works by winners of the annual Hasselbad Foundation’s award for established photographers. The scheme has been running since 1980 and was first awarded to Swedish-born Lennart Nilsson, known especially for his innovative medical photography. Subsequent award winners have included American photographer William Eggleston (1998) and British fine art photographer Paul Graham (2012). The foundation also organises an annual exhibition for young photographers under the name of New Nordic Photography, providing a platform for young photographers to showcase their work and enter the Young Photographer of the Year Award.

Founded in 2011 by street artist Victor Byhr who started out by creating collages made from trash, Urban Artroom is a showroom for street artists from all over the world and features among the world’s top galleries in urban art. The universe of street art and graffiti begins at the entrance with street art-style graffiti, and continues downstairs with art hung on brick walls and spotlights hooked to bare pipes. The gallery’s innovative approach to promoting street artists extends to Urban Artroom’s website, where artists are given ongoing exposure and a chance to sell their works online. Grafitti artist INKE, akin to Banksy, is among the famous names to have exhibited here. 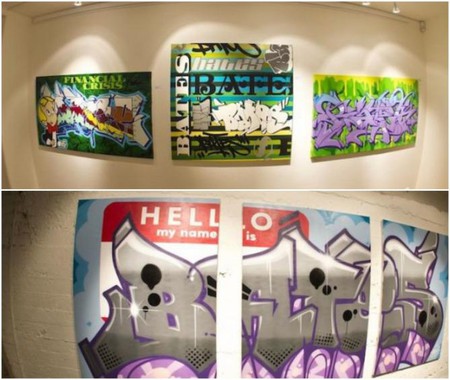 Located among the independent boutiques of the trendy Linné area of Göteborg, Galleri Box is a venue for artists, run by artists. The gallery adopts a communicative approach to contemporary art by organising events around current exhibitions including talks by the artists. The two spacious showrooms lend themselves to visual art such as Lena Bengenedahl’s exhibition The Fire within the Eye consisting of a three-channel video and recorded text transmitted from a sound installation. The gallery’s large glass façade offers natural light and a good exterior view of the exhibits.

Founded by Roy Uddenberg in 1974, the Uddenberg gallery organises painting and sculpture exhibitions featuring the works of many Swedish and international artists such as Robert Motherwell, Vladimir Stoces or Olle Langert. Uddenberg is also known for its fine art publications, the first of which was a book about the artist Olle Skagerfors, written by Swedish author Folke Edwards. Subsequent publications have focused on artists who have exhibited here, notably a book about Stefen Cedar and his debut exhibition at the gallery’s previous premises in 1993 and, more recently, Berndt Wennström, Lars Eje Larsson and Marie Palmgren.

Grafik I Vast offers a refreshing look at printed and graphic art. Run by a non-profit organisation of Swedish and non-Swedish printmakers who aim to promote the development of this art form, their philosophy is largely based on the idea of freedom of expression. Grafik I Vast houses a large collection of prints in its archive and organises both on-site and off-site exhibitions (for example, at Stockholm’s Supermarket Art Fair). Past on-site exhibits have featured the works of local painter Ingela Palmertz and Swedish graphic artist Ulf Rahmberg.