<a href=" https://www.flickr.com/photos/luzdearte/16526995313/"> The Monastery of Sant Cugat © pere sebastian/Flickr</a>
Just a short train ride from Barcelona, the town of Sant Cugat del Vallès is a great day trip from the Catalan capital. Here’s our guide to the best things to see and do in Sant Cugat, from theatres and quirky museums to ancient monuments.

The Monastery of Sant Cugat

Construction began on the Monastery of Sant Cugat in the 9th century, and its architecture tells the story of the history of the town. Founded by Christian monks, during the 10th century the building fell under the control of Moorish invaders, who built a minaret tower – the highest point of the building today. The monastery later returned to Christian hands in the 11th century, before being rebuilt in the 14th century. It was inhabited by monks until 1835, and became a National Monument shortly afterwards.

Today a public museum and part of the Sant Cugat Museum collective, Casa Aymat was originally the site of a tapestry factory run by local entrepreneur Tomàs Aymat. A skilled artisan, he was a leading figure of the Catalan School of Tapestry and a supporter of the Noucentisme movement. Today, the museum contains the Museum of Contemporary tapestry and works by artists such as Albert Ràfols-Casamada and Hernàndez Pijuan. 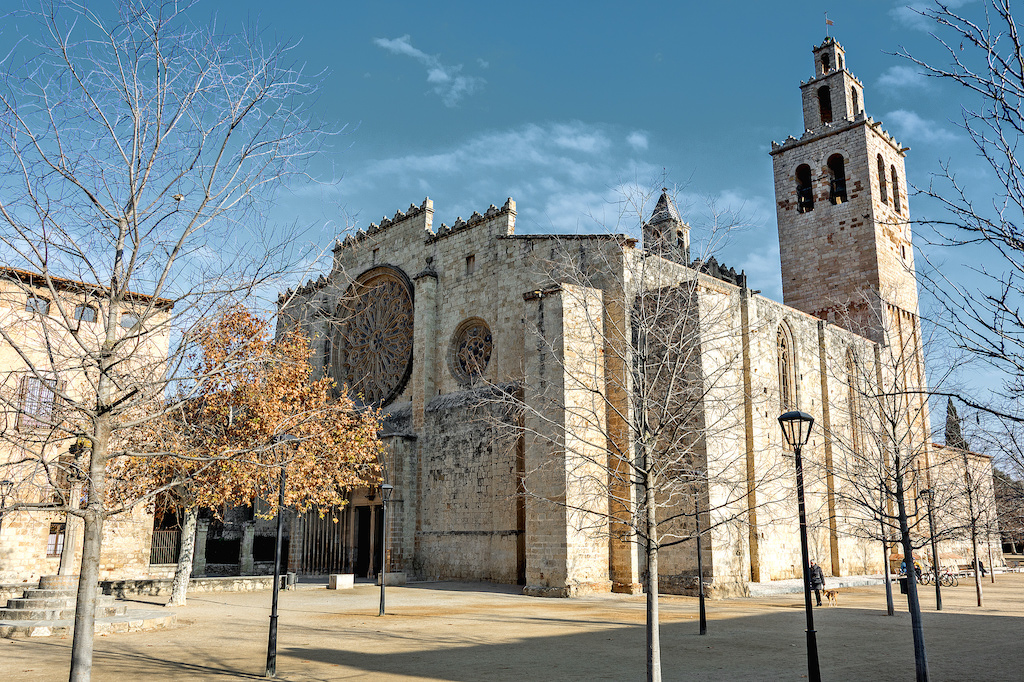 This remote sanctuary dates back to the time of the Ancient Romans, although many of the visible parts of the building are from the Middle Ages. Every year on March 3, groups of neighbours from the town of Sant Cugat organise a procession to the hermitage in remembrance of a curious event that took place in the 19th century. A local baker who suffered from a disease prayed that if he was cured, he would go worship Saint Medir at the hermitage. He soon after recovered, and honoured his promise until his death.

Why would you go out of your way to see one pine tree? This one’s worth the trip because it’s over 230 years old. Located in the Torre Negra park in Sant Cugat, the Pi d’en Xandri – or Xandri’s pine, in homage to the farmer who once owned the land – is some 23 meters (75 feet) high. An attack on the tree back in 1997 galvanised the town’s residents to protect the tree, and today the trunk is supported by large beams. 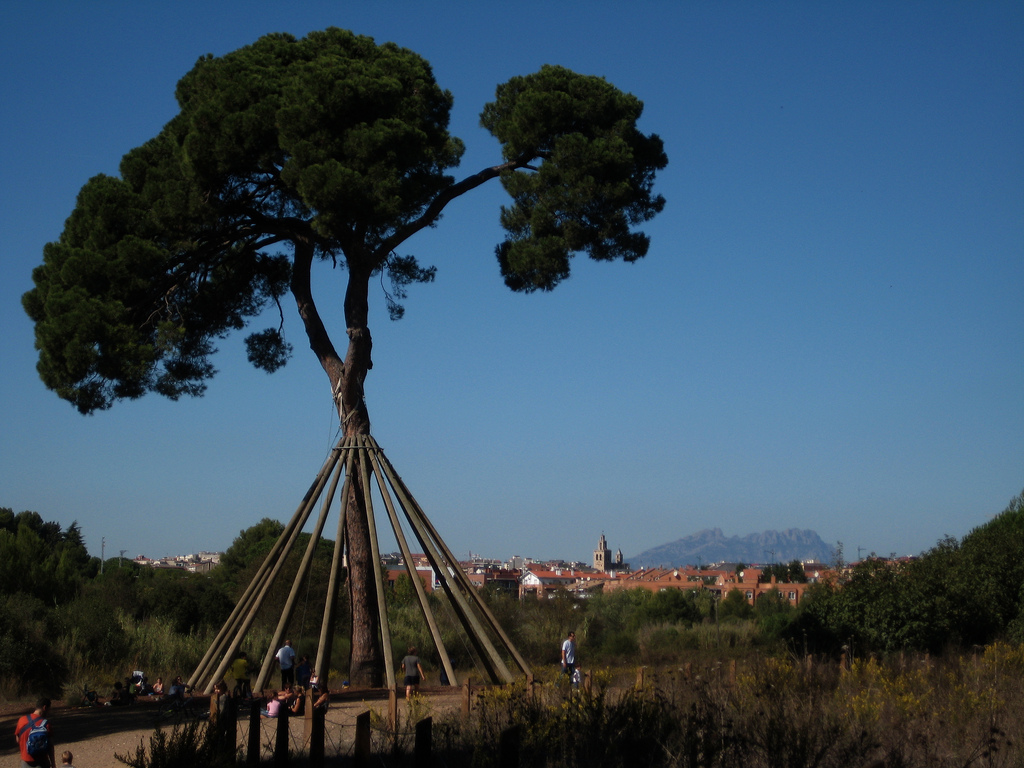 The Theatre-Auditorium of Sant Cugat

In 1921 a group of fifty local farmers and agricultural labourers pooled their resources to found the Viticultural Cooperative of Sant Medir. The aim of the association was to lower costs and increase productivity by working together. In order to house their new association, they commissionedlocal architect Cèsar Martinell to construct a new building – the Celler Modernista, or Modernist cellar. The building brought together aspects of Modernist design as well as the rationalist approach of the Noucentrists. The last wine was produced in the cellar in 1988, and it has since opened to the public as a museum. 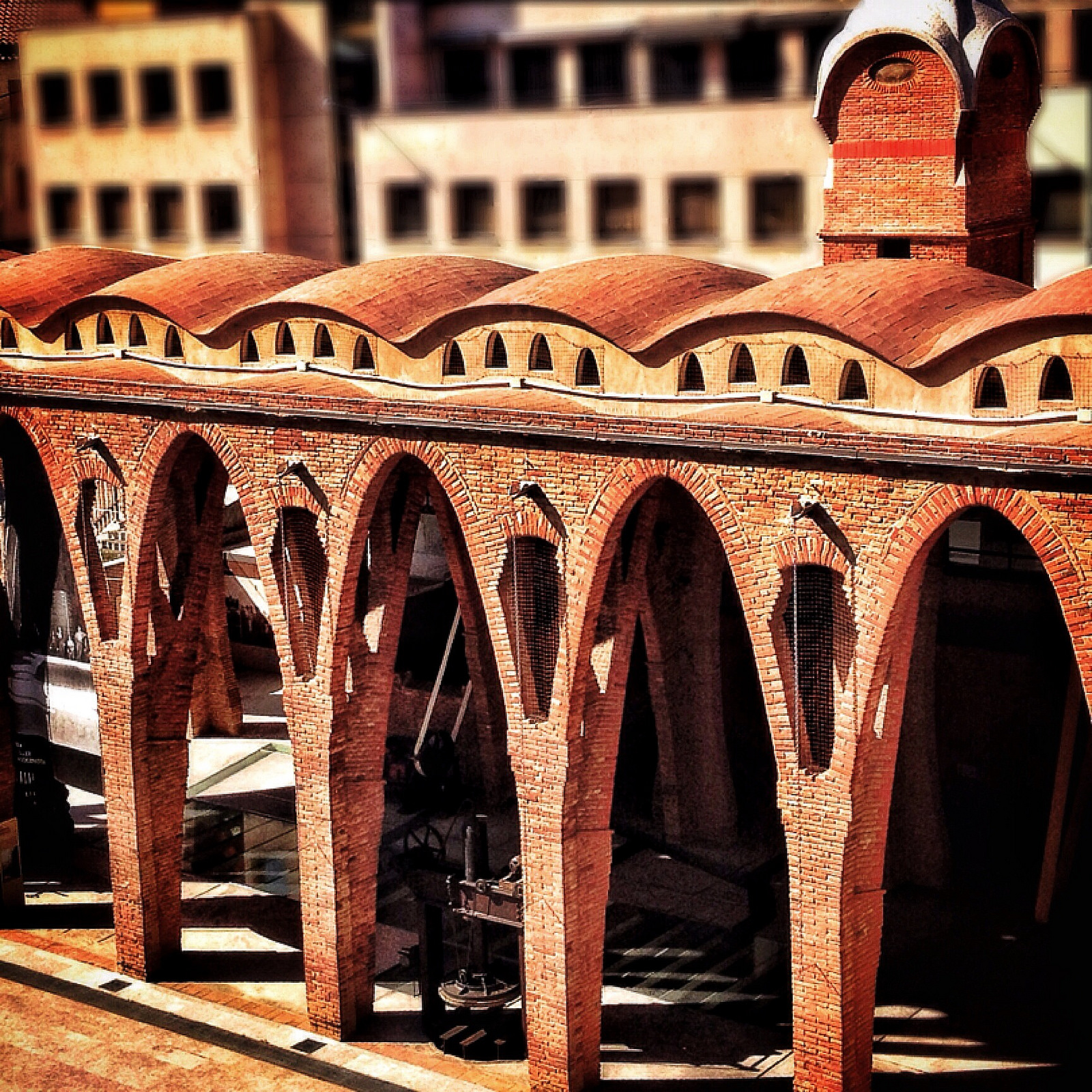 One of the best ways to brush shoulders with the locals and get a sense of daily life in Sant Cugat is to make a visit to the Mercat Vell, Sant Cugat’s historic food market. Founded in 1911, the market continues to be an important social hub for the town’s residents. Nowadays, there are stalls selling Asian street food alongside traditional Spanish meat stalls. Not as famous as Barcelona’s Boqueria market, the Mercat Vell nonetheless has much of the same charm, with nowhere near as many tourists.

Alleging to be the only museum in Europe dedicated to the USA’s most famous female icon, the Marilyn Monroe Museum is one of Sant Cugat’s quirkier attractions. The museum, housed within a part of the Sant Cugat monastery, contains some of the most famous photos of the star, and some personal objects, including a lock of her hair. What the museum lacks in size it makes up for in effort, and it’s without a doubt one of the more original things to do in Sant Cugat.

The gigantic Mercantic Market Village is one of the largest antique and vintage markets in Catalonia, and home to some 250 stalls. Expect to find everything from Catalan antiques to vintage clothing, collector’s items and up-cycled furniture made by local artisans. The market is open from Tuesday to Sunday and is especially popular at weekends, as people flock from Barcelona and elsewhere.

Once considered a part of the Mercantic village, now seen as a destination in its own right, El Siglo originally opened its doors as a bookshop back in 2006. There are over 100,000 books old and new on sale across the space, making it the largest bookshop in Sant Cugat. In recent years the space has also welcomed theatre productions, live concerts, circus performances, poetry recitals and other cultural activities. 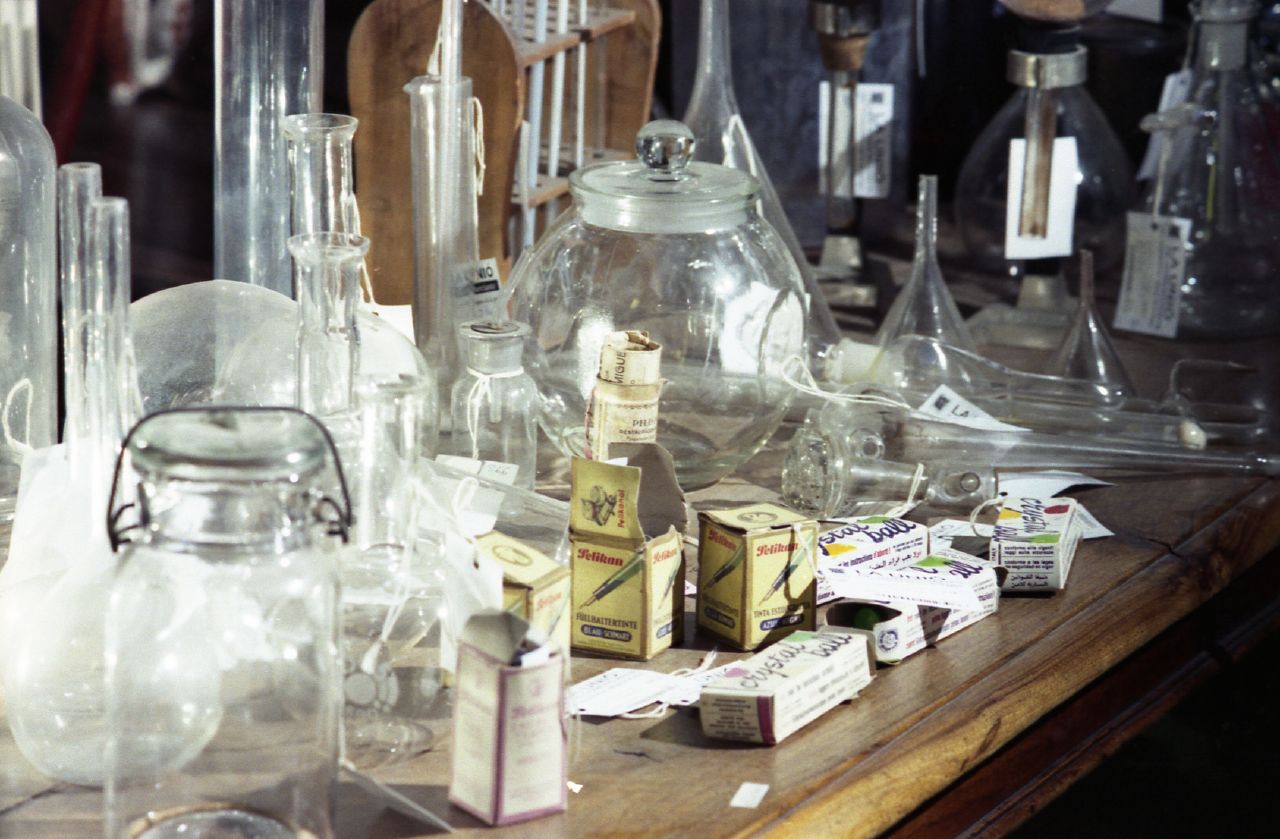 Glassware at the Mercantic © Jordi Hernandez