Top 10 Things to See and Do in Ciutat Vella, Valencia 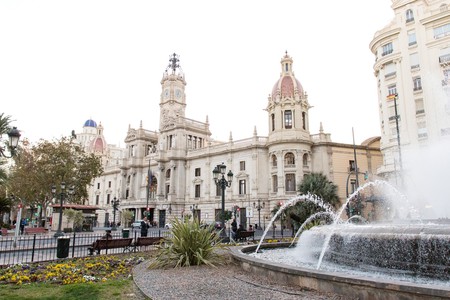 Valencia’s atmospheric Old City district, or Ciutat Vella, is packed with pretty cobble-stoned streets, pavement cafés and architecture that spans the ages, from Roman to Modernist, and belies the city’s strong Arabic influences. With so much to see you could spend days just exploring this one small part of town. But if time is short or you just need some inspiration, here’s our list of the top 10 sights in this incredible area.

You really can’t miss a visit to La Llotja de la Seda, the stunning 15th century silk exchange. It’s one of the best pieces of non-religious Gothic architecture in Europe and it has World Heritage status. Luckily it’s right in the center of the Old Town area so no matter what your plans are it’s easy to fit this in – you’ll probably start using it as a landmark by the end of your trip. It’s definitely worth the couple of euros to go inside to see the amazing interior, with columns representing tall palms reaching for the sky. Outside you could spend hours discovering all the weird and wonderful gothic gargoyles and other stone carvings perched on the walls, many of them completely bizarre. 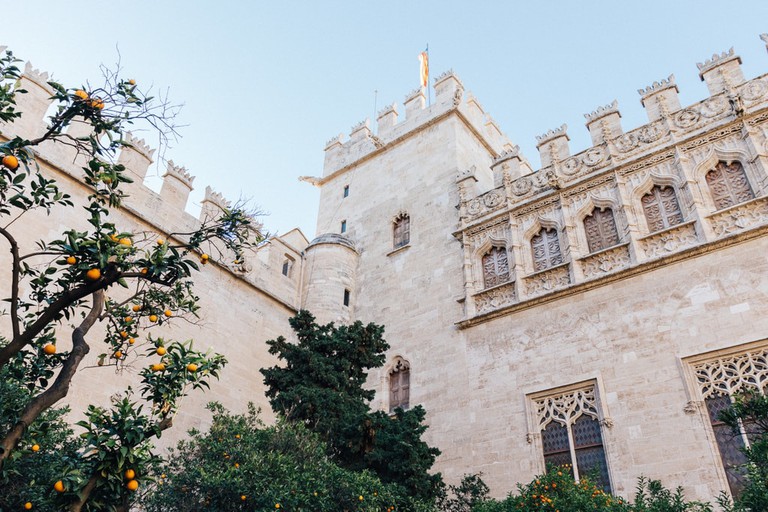 Across from La Llotja you’ll see the enormous Central Market, which is a must for any foodie and one of the top food experiences in Valencia. This 1920s’ building is home to one of Europe’s oldest, continuously-running food markets. And it’s still thriving, with mostly local shoppers picking up their fresh produce. A walk around the market stalls is a great way to experience local life among piles of oranges, cheese, jamón and fresh seafood. Taste the produce, grab a bottle of wine to take home and stop for a wedge of creamy tortilla at the market’s one very popular, but tiny café.

Probably the most famous sight in the city and definitely one not to miss. The building itself is unusual and stunning – make sure you check it out from both sides, from the Plaza del Virgen and the Plaza de la Reina. Go inside to see the stunning interior, plus all kinds of treasures including a chalice that’s believed to be the Holy Grail itself. You can also climb the 207 steps of the cathedral’s 13th century tower – known as the Micalet (“Little Michael”) for amazing views over the city. 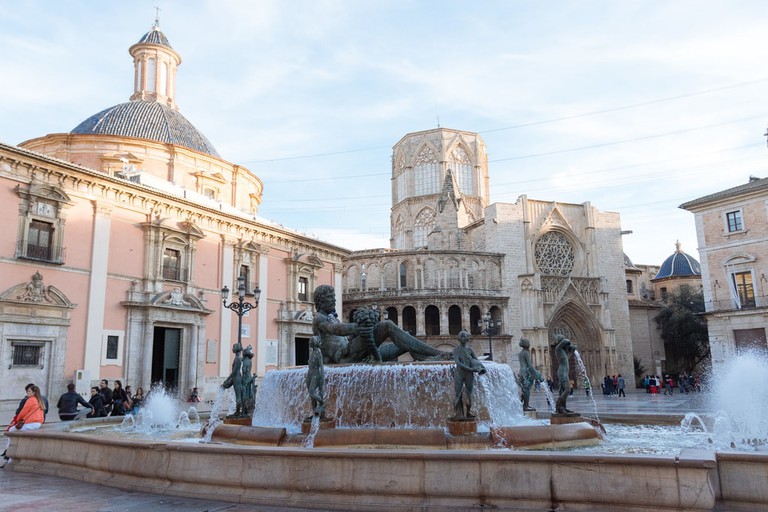 Tucked away down a easy-to-miss backstreet in El Carmen, this sight is overlooked by the vast majority of tourists. Portal Valldigna (Valldigna Gate) is a gateway that was built in 1400 to separate the Christian and Moorish areas of the city. The gateway never had a door, and simply separated the buildings. Like other then-crumbling parts of the Old City the gateway was almost demolished last century, but instead it was eventually given protected status and restored in the 1940s. It sat next to the ancient Arab wall, a part of which still survives nearby on the narrow Carrer de les Salines which, while not the prettiest street around, has a section of the ancient wall, badly in need of restoration, just left standing between two residential buildings. 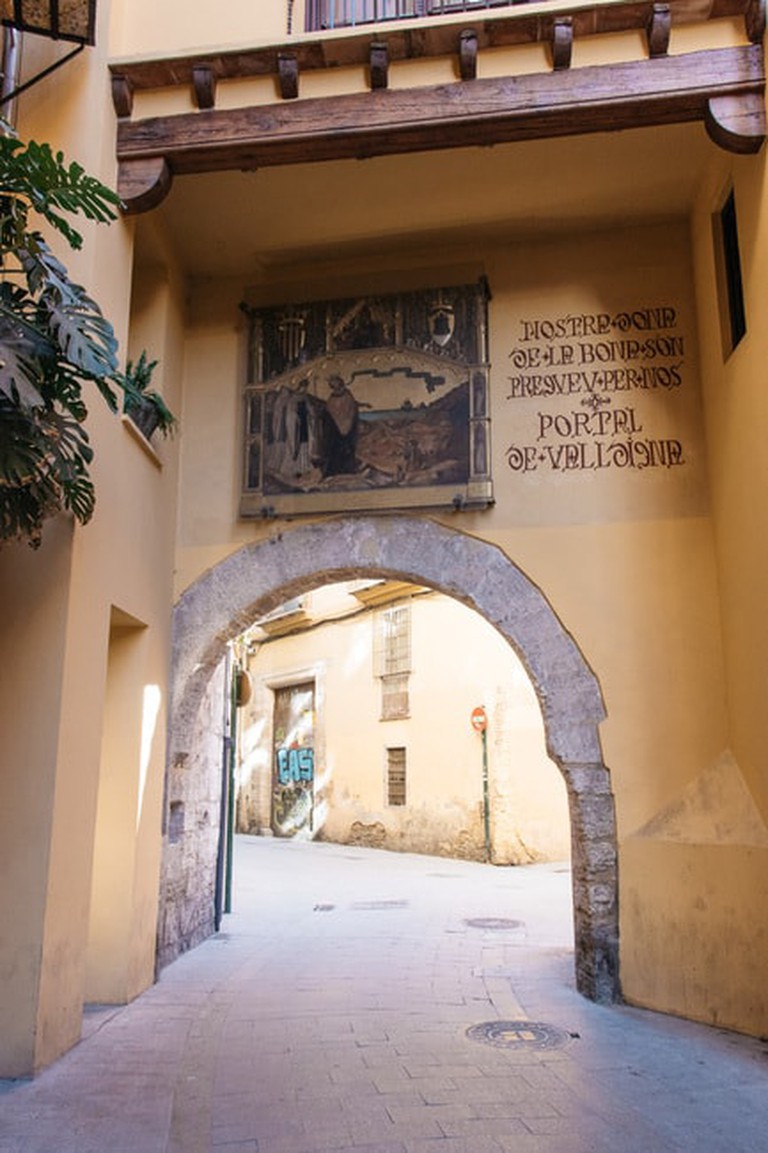 These towers were once one of many gateways to the Old City through its 14th century fortified wall, which was mostly destroyed at the end of the 19th century to make way for rapid city expansion. Today the only remnants of the wall are the Torres de Serranos and their near-identical twin Torres de Quart, flanking the other side of the Old City. Not only are they a spectacular sight, but a walk up the steps provides panoramic views over the Old City on one side and the Turia River Bed Gardens on the other. You can often see people taking photos here for weddings or other special occasions, and it’s easy to see why. 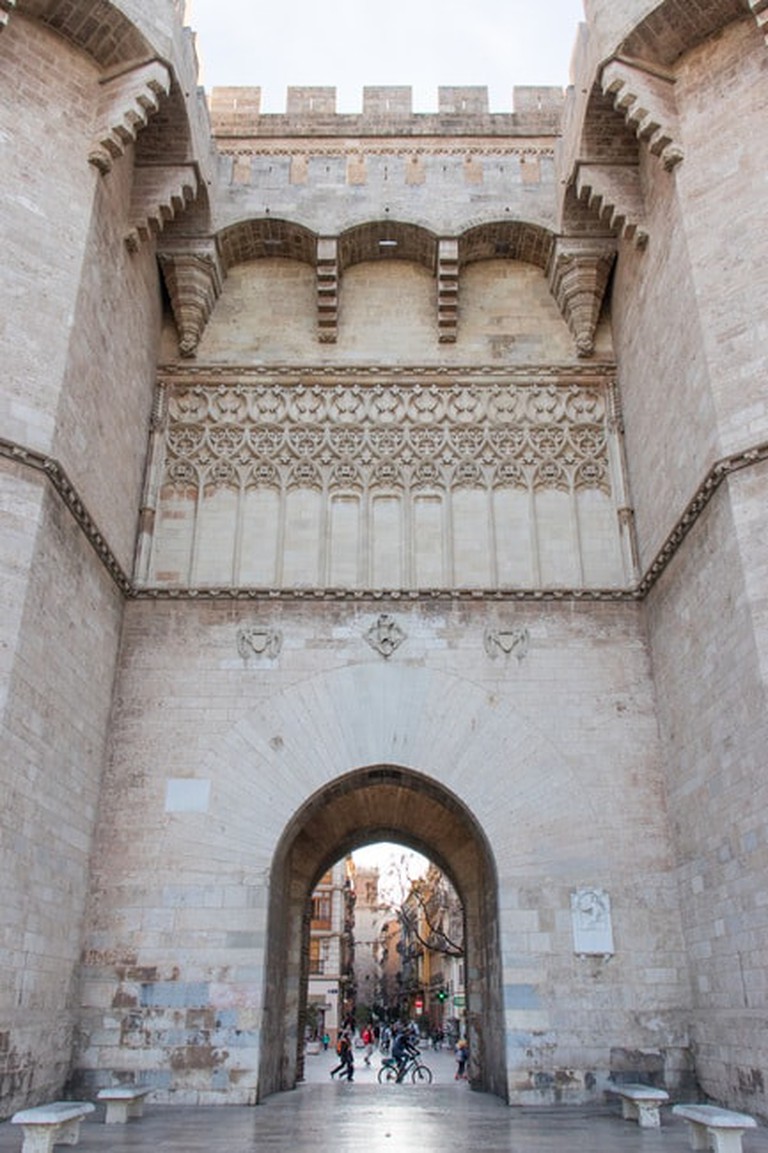