The History Of The Magic Fountain Of Montjuïc In 1 Minute 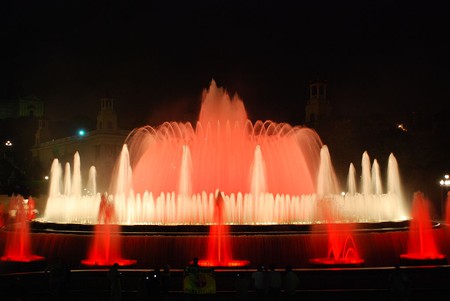 Part of a number of iconic landmarks situated on the slopes of Montjuïc hill, the Magic Fountain, or ‘Font Màgica‘ in Catalan, is a water fountain with a twist: get there at the right time and you will witness a show of light and music like no other in town. A favourite with visitors of every age, the fountain has been delighting its spectators since 1929.

The Magic Fountain owes its existence to the 1929 International Exposition of Barcelona, a large fair in which 20 European countries participated to demonstrate their respective prowess in the arts and technology. The design for the fountain was proposed a year before the exhibition by the Catalan architect and engineer Carles Buïgas, who has already experimented with the construction of illuminated fountains, the first of which was at the Royal Palace of Pedralbes in 1922. Despite being criticised by some as an overly ambitious project, the fountain was inaugurated a day before the opening of the exhibition, on the 19th of May 1929. The original design involved a system of multicoloured lighting illuminating the streams of water which varied in length and size, creating an amusing spectacle. Sadly, the fountain suffered considerable damage during the Spanish Civil War and was not put into service again until 1955 after Buïgas himself oversaw its repair. 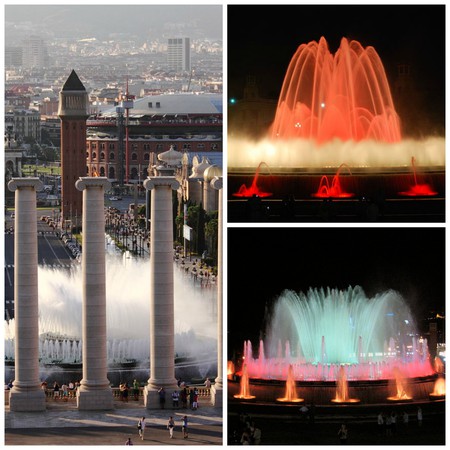 In the 1980s, an element of music was incorporated to the fountain’s light show, which now appears to perform to the rhythm of song, including many classic songs from children’s films as well as epic movies such as The Lord of The Rings or The Godfather. The fountain pumps out an impressive 2600 litres of water every second from its 3600 water jets and the whole system contains approximately 3 million litres of water. The Magic Fountain was entirely restored ahead of the 1992 Barcelona Olympic Games which were held on Montjuïc hill, and in 2002 the fountain played a central part in the MTV Music awards when many world-famous music stars performed beside it.