How to Spend the Perfect Day in Montjuïc, Barcelona 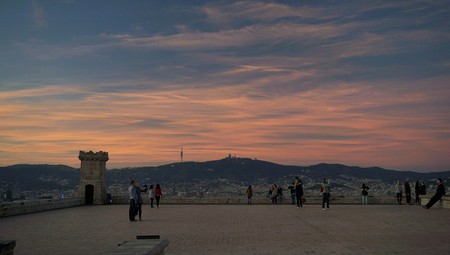 Located to the south of Barcelona, Montjuïc is a hill with a great historic importance to the city. From ancient castles to Olympic stadiums and art museums, there is much to be explored on the slopes of Montjuïc. Here’s how to make the most of a day on this famous Barcelona landmark.

One of the most striking features of Montjuïc is the network of beautifully maintained public gardens and parks which can be found all around the hill. Starting at the bottom of Montjuïc, work your way up through the Grec garden—so named after the Greek-inspired amphitheater carved in the rock. Walk up via the Escaleras del Generalife and admire the water fountains trickling down either side of you before entering the Laribal gardens. 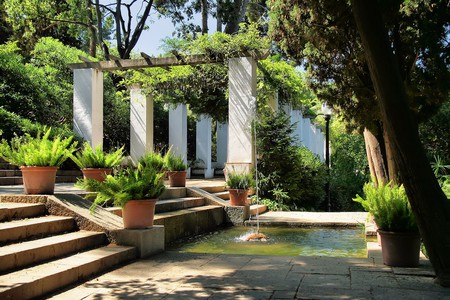 Alternatively, begin your route by the National Palace of Catalonia and the MNAC museum by entering via the Joan Maragall gardens. Designed alongside the palace for the King of Spain ahead of the 1929 International Exposition, the gardens are some of the most ornate in the city. There are water fountains and ornamental statues—32 in total—throughout the park.

Further up Montjuïc, the Joan Brossa gardens boast tiered ponds with fish and other water animals, as well as large lilies and other native species. For something a little more unusual, walk around to the back of Montjuïc and explore the Mossèn Costa i Llobera gardens. Here you will find a multitude of cactus plants, as well as other Mediterranean, tropical, and sub-tropical plant species. 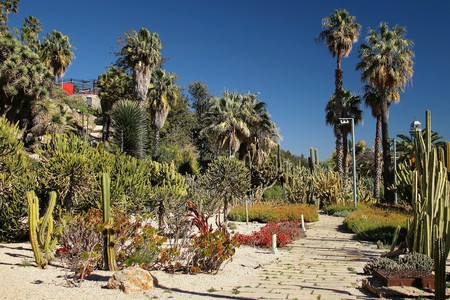 The many museums of Montjuïc

Aside from its parks and gardens, Montjuïc is also home to a number of landmark museums and historic monuments. The Joan Miró foundation, located mid-way up the hill, contains a large collection of works by Catalan artist Joan Miró. The artist himself was involved in the design of the museum, which was commissioned to architect Josep Lluís Sert. Aside from the main collection, which contains some of the artist’s most notable works, the Espai 13 is dedicated to the work of contemporary and emerging European artists.

Montjuïc is also home to the Olympic Stadium, which hosted the 1992 Barcelona Olympic Games and is today the seat of the Olympic and Sports Museum of Barcelona. The stadium had originally been built for the 1929 Internal Exposition but was entirely refurbished ahead of the Olympics. The Montjuïc Telecommunications Tower is an important landmark designed by world-famous architect Santiago Calatrava and was used to broadcast the Olympic Games at the time. 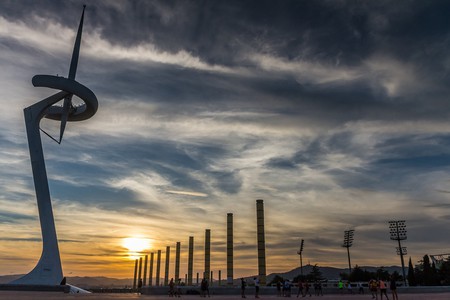 Finally, hike to the top of Montjuïc and you’ll come across the Montjuïc Castle—a monument with a dark history. The earliest traces of a fortress here date back to the 17th century when the hill served as an important military base. It has been the site of many an important defeat and victory for the city of Barcelona, not least during the Napoleonic Wars and the War of Succession. More recently it served as a prison and torture cell during the Spanish Civil War, as well as being an execution ground. Since the 1960s it has been open to the public as a Military Museum.

Eating, drinking and entertainment on Montjuïc

While there aren’t many bars or restaurants to be found on Montjuïc, the area does contain some mentionable spots to eat and grab a drink. The Terraza Martinez offers exceptional views of the Barcelona port and Mediterranean sea from its large outdoor terrace, which is open all year round and is equipped with heated lamps and blankets to keep you warm on cooler winter evenings. The seafood platters and paella here are among some of the best in town. 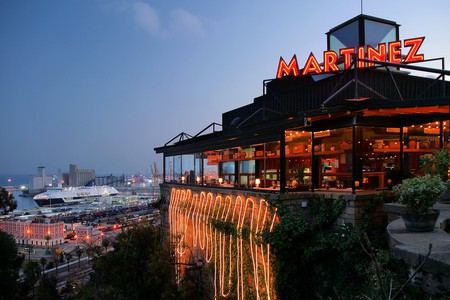 For something altogether more casual, the Caseta del Migdia is nothing more than a small hut around the back of the Montjuïc castle, serving drinks and a simple offer of barbecued meat and salad at weekends, with outdoor seating scattered outside on the heights of Montjuïc.

Summertime is when entertainment on Montjuïc is at its best as the Montjuïc Municipal Swimming Pool is open to the public, offering the chance to cool down and enjoy spectacular panoramic views of the city (as featured in Kylie Minogue’s Slow music video). The warmer weather also sees the Sala Montjuïc open-air cinema spring up in the garden surrounding the castle, which features some of the best of the year’s new releases as well as vintage classics, all in original version. 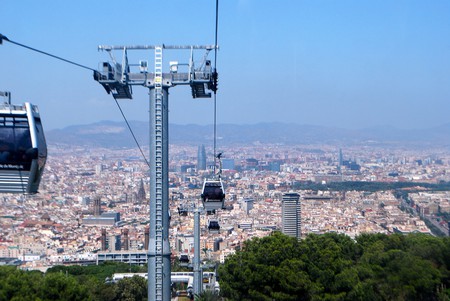 Finally, no trip to Montjuïc is complete without a ride on the Telefèric de Montjuic or Port Vell Aerial Cable Car. These two historic cable cars take guests from the bottom of the Port Vell harbor mid-way up Montjuïc and then to the top to the castle. Queues are usually long—especially for the Port Vell Aerial Cable Car—so don’t be in a rush. But the view as you cross over the water with the harbor beneath you is worth the wait.