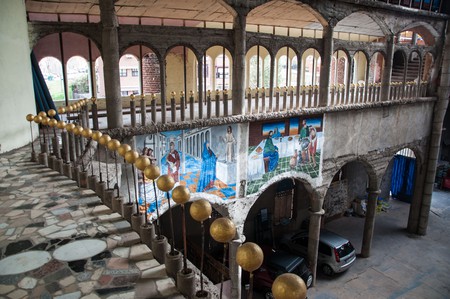 About 25 km southeast of Madrid, in the small town of Mejorada del Campo, stands a building that testifies to a man’s lifetime of devotion to the Catholic faith. Still unfinished after 55 years, the international sensation that is the Cathedral of Don Justo Gallego should be on every visitor’s must-see list, if only to appreciate the vision and determination of this extraordinary man.

In 1960, after spending eight years as a Trappist monk in Soria‘s Santa Maria de la Huerta monastery, Justo Gallego was expelled from the Order due to poor health. He had contracted tuberculosis, and it was thought that he would infect the other monks. This may, however, be only half the story. Gallego was always an extremely devout Catholic, and some among the brotherhood thought he was too devout. He would work more than anyone else, pray more, and fast more. It may well be that such a Spartan existence led to the decline of his physical health, and eventually the Abbott summoned Gallego’s family in order to have him removed from the monastery. 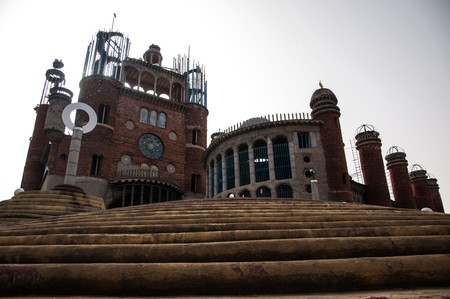 The 34-year old Gallego was taken back to his familial home, the pueblo of Mejorada del Campo, just outside of Madrid. There, while his physical health may have been diminished, his spiritual calling certainly had not. When his mother died in 1963 and bequeathed to him a large plot of land in the center of the town, Gallego had an idea. If he would never again be allowed to enter a Catholic church as an ordained member of the faith, then he would express his devotion in a magnificent way. He would build his own church. No, more than that, he would build his own Cathedral. 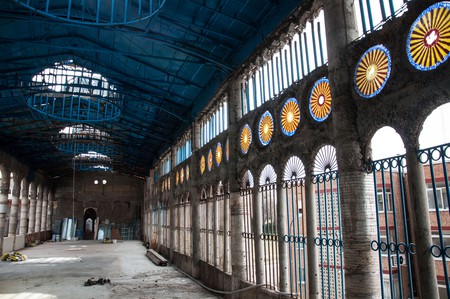 Justo Gallego had never trained as an architect, nor was he was an engineer. Indeed, Gallego’s formal education had been interrupted by the Spanish Civil War of the late 1930s. He had entered the Trappist order in his early 20s and now found himself with no trade that would equip him with the skills necessary to undertake such a project. Undeterred, Gallego bought books and magazines with detailed pictures of churches and cathedrals. Eventually, a mix-and-match design started to take shape. The main cupola was modeled on the one that sits atop the holiest cathedral of them all, St. Peter’s in Rome. But Justo’s design didn’t just call for a cathedral-like building. It features all of the component parts of a ‘real’ cathedral, including a bell-tower, a cloister, and a crypt. There are spiral staircases leading to an upper level, and even the roof, from which an abundance of courtyards and towers — each with its own cupola on top — can be seen. 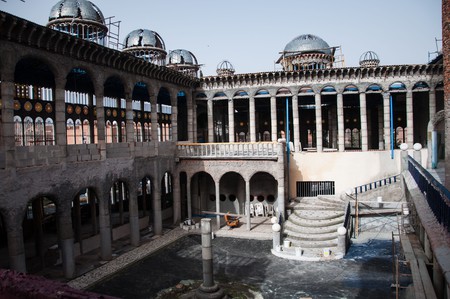 The Cathedral has been constructed almost entirely from recycled materials and excess building supplies donated by local building firms. The columns, for example, are made from oil drums or plastic buckets filled with concrete and stacked up and cladded with plaster. The stained glass windows are hand-made — no lead, just colored glass crushed and powdered and sandwiched between two glass panels. 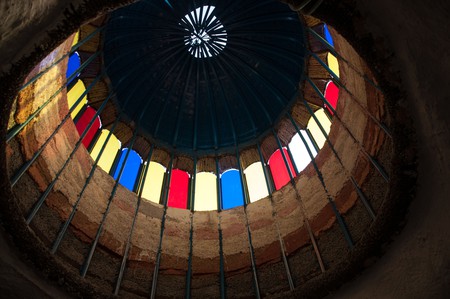 Even the tiles that make up the cupolas are cut from plastic tubs and overlaid. They look like the wing feathers of a giant, grey bird. This homemade Cathedral has a massive 24,000 ft of interior space, comparable in size to many Cathedrals in the world; the main cupola reaches up to an impressive 40 m high. 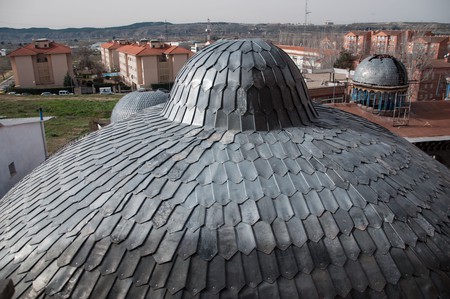 Justo’s cathedral has garnered much worldwide attention over the years. Both Justo and his cathedral have been covered by such media outlets as CNN and the BBC. Inside the entrance to the Cathedral is a large board covered in newspaper clippings that testify to this attention. ‘El loco de la cathedral,’ exclaims one headline: ‘The madman of the cathedral!’ Few doubt that Justo is actually mad, yet he is regarded as somewhat of an eccentric and local celebrity. In 2009, director James Rogan make a 20-minute short entitled The Madman and the Cathedral, a documentary that tells the story of Justo and his building. 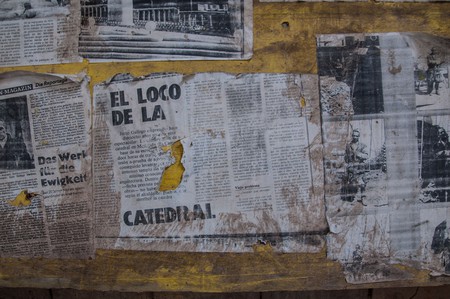 Today, Don Justo, as he is now known, is 90 years old. The Cathedral needs years of work; years that its creator simply doesn’t have. Yet, he still works on its construction every day, except Sundays. Even if he were to live to see it finished, it would never be consecrated into the Faith, never hear organ music nor conduct any ceremony. It has been built with no planning permissions and with no regard to any building codes. It will most likely only ever see use by the storks that nest in the unfinished cupolas of the towers that line the outside walls. 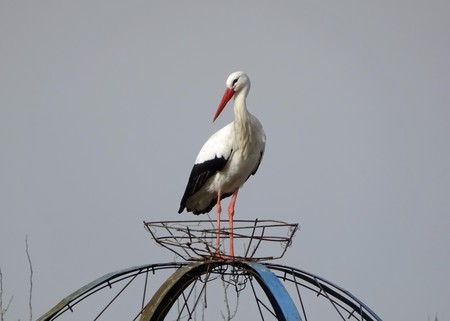 Nevertheless, Don Justo is philosophical when he says, ‘I content myself everyday offering to the Almighty the work He wishes me to do and it makes me happy to think of what I have already accomplished. And I will continue, till the end of my days, to keep working on the Cathedral with my resources and donations from others.’