A Guide to Sailing in the Balearic Islands 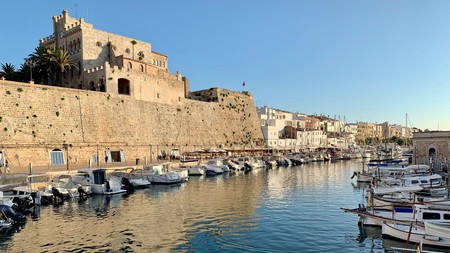 In the centre of the western Mediterranean, midway between Barcelona and Algiers, the Balearic Islands are a force to be reckoned with. These four islands – Mallorca, Menorca, Ibiza and Formentera – may only make up one percent of the landmass of Spain, but they are bursting with personality. Explore the craggy mountains, hedonistic party scene and pristine beaches of this sun-soaked archipelago on a chartered yacht.

Spend a day exploring the Balearic Islands with a boat hire from SamBoat. Or delve deeper with a yacht charter with Dream Yacht Charter.

Mallorca is not a large island, so fill your itinerary to the brim. Capital Palma has a gothic cathedral and circular hilltop castle, both deserving of a visit. For foodie immersion, head to Mercat de l’Olivar where they’ll cook your fresh fish in front of you. Escape the city and drive the length of the Tramuntana mountain range, plunge your toes into Caribbean-copy waters at Es Trenc, or book a round at one of Mallorca’s 20-plus golf courses. 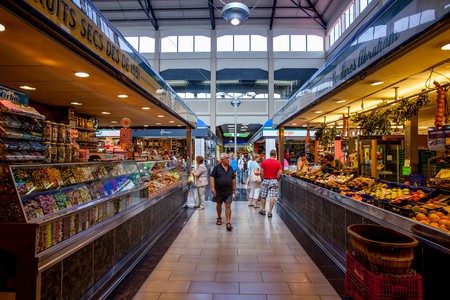 Menorca is encircled by Camí de Cavalls, an ancient 186km (116mi) path once built to protect the island from invaders but now a non-stop nature trail – stroll and soak up the beauty. Reward your efforts with a seafood platter in Mahón, the largest natural harbour in the Mediterranean.

Over in Ibiza, toss away your inhibitions and party hard at one of the day-to-night beach clubs – the best are in the southwest. For a more chilled vibe, watch the sun plunge into the sea behind Es Vedrà; this mystical isle is supposed to have magic powers. As for Formentera, it may be paradise yet you’ll need deep pockets for the famous feet-in-sand restaurants.

From deserted pine-clad coves to sweeping curves of white sand, you’re nothing short of spoiled in the Balearics. Just keep one eye on the weather conditions and another on the Posidonia oceanica – it’s against the law to drop anchor amid this protected seagrass.

Remodelled by French architect Philippe Starck in 2012, Port Adriano in Mallorca serves a superyacht-style clientele with high-end eateries and boutiques, plus a decent dive centre and shipyard. There are 488 moorings between 6m and 80m (20ft and 260ft), 87 of them dedicated to the largest yachts. Contact VHF channel 9 or call (+34) 971 232 494.

Over in Ibiza Town, Marina Ibiza is the perfect base for exploring this island – and neighbouring Formentera – before hitting the nightspots. Minorca also has a number of marinas in all corners of the island. Swing by Marina Mahon, where there are 165 moorings for boats up to 50m (164ft). 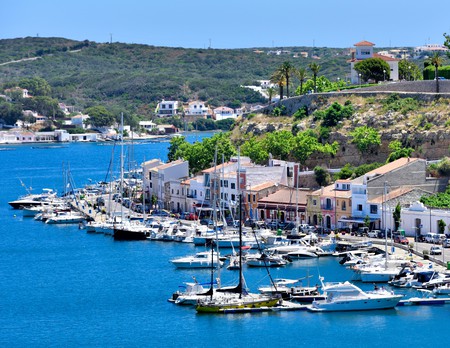 Food and family sit at the heart of Balearic society. In fact, many of the village fiestas revolve around foodstuffs, from almonds to olives, mushrooms and wine. Dating back to the 17th century, the coiled pastry ensaïmada is Mallorca’s most famous sweet treat, while each island has its own version of sobrasada, soft raw-cured pork in a sausage skin.

If you’re looking for a high-end treat, stop by Restaurant Marc Fosh in Palma, owned by the first British Michelin-starred chef in Spain. It is known for its tasting menus celebrating local produce. For wholesome Mallorquin cuisine – think lomo con col (pork with cabbage) or arroz brut (rice soup) – Celler Bar Randa in the village of the same name is about as typical as you can get. Their menu del día is a giveaway price. 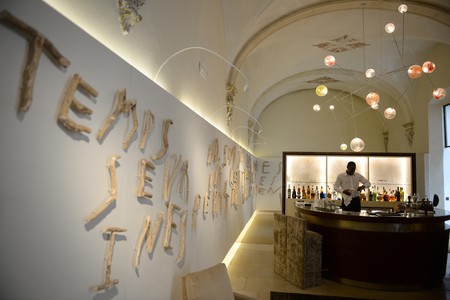 With boats in (almost) every port, SamBoat has your Balearic charter needs covered. Choose from a dainty licence-free motorboat to a zippy wave-riding RIB or skippered motor yacht. Or delve deeper when you book a skippered yacht charter with Dream Yacht Charter, from their base at Marina Naviera Balear, Palma de Mallorca, you can explore nearly 300 beaches.

Provisioning is a doddle in the Balearics. Most major marinas have their own mini supermarket and, wherever you are, you’ll be within a short taxi ride of a sizable Carrefour, LIDL, ALDI or Mercadona. The ever-growing Agromart chain stocks a wide range of local wine, cheese, fruit and veg, while most major towns have a weekly market selling organic produce. Alternatively, call one of the islands’ many yacht provisioning outfits with your shopping list.

The Balearic nautical calendar is one of the busiest in the Mediterranean. Established in 1996, the Superyacht Cup is the longest-running superyacht regatta in Europe and attracts an elite fleet of head-turning sailing yachts. Meanwhile, The Copa del Rey MAPFRE is on a huge scale, featuring hundreds of crews across multiple classes, often starring members of the Spanish Royal Family. Other key events include the Trofeo SAR Princesa Sofía, which gathers together thousands of Olympic campaigners, and the eminently sociable Ibiza JoySail. 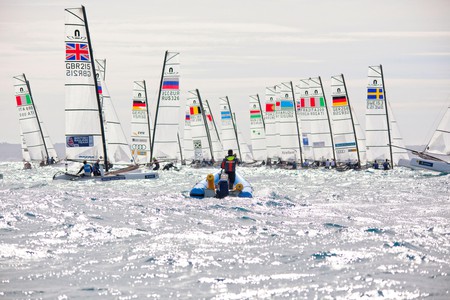 Boating season in the Balearics is widely considered to run from April to October, where you can almost guarantee hot dry weather, with high temperatures averaging between 19 and 30C (66-86F). Spring and autumn can be pleasantly mild, with the added advantage of fewer crowds, although the bulk of the islands’ rain tends to fall in October, November and December. Winters are cool rather than cold, with air and sea temperatures dipping into the low-mid teens, and the boaters are replaced by cyclists, hikers and culture vultures. 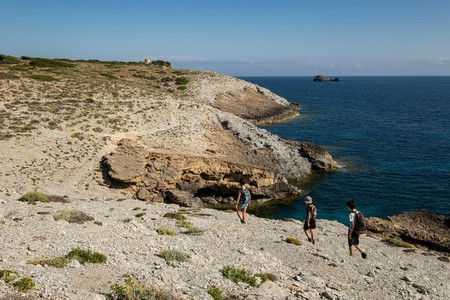 Mallorca, Ibiza and Menorca each have well-connected international airports. Indeed, Palma de Mallorca (PMI) is Spain’s third busiest, after Madrid and Barcelona. Mallorca has a more established year-round flight schedule, but Ibiza and Menorca tend to take on a more seasonal programme. Alongside domestic flights, various ferry operators offer year-round inter-island travel, plus regular sailings to Barcelona, Denia and Valencia on the Spanish mainland. A seasonal ferry service operates between Mallorca/Menorca and Toulon in France.