Reasons Why You Should Visit Pamplona, Spain 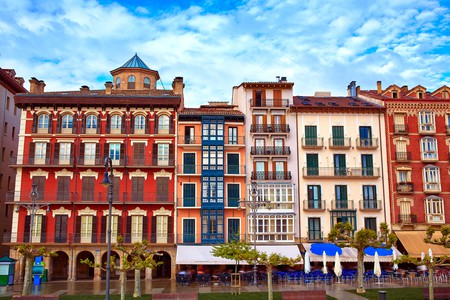 The world already knows Pamplona, in northern Spain, for its contentious yet thrilling Running of the Bulls, which takes place during the festival of San Fermín each July. However, there are many other reasons to visit the capital of Navarra. It’s far less crowded outside the festival season, and it’s brimming with culture, history, wine and outdoor adventures. Here’s why you should put Pamplona on your travel list. 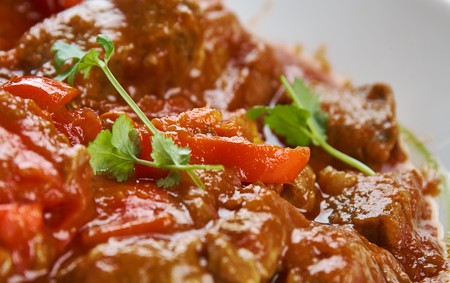 Navarra is a region characterised by a mountainous, green north and a semi-arid south, meaning that all sorts of crops and animals are cultivated and raised across the area. As the region’s capital, Pamplona has a slew of excellent restaurants, where the best of Basque cuisine and wines from the Rioja and Navarra wine regions are available. The city has three Michelin-star restaurants to its name and many others that have made it into the Michelin Guide.

You can trace the footsteps of Ernest Hemingway 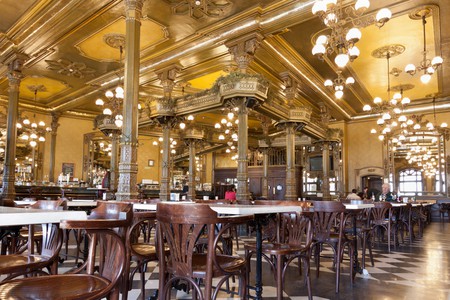 In the early 1920s, Ernest Hemingway visited Pamplona, drawn by a little-known festival where bulls were made to chase people through the streets. He was soon smitten and kept coming back. In writing The Sun Also Rises, Hemingway drew heavily on his personal Pamplona experiences, and the book is largely attributed to fuelling the festival’s fame today (a fact that haunted him in his later years). You can see glimpses of the novel’s world, and homages to its creator, at bars around Plaza del Castillo (Castle Square) – namely at Café Iruña, which seems little changed since the 1920s and has an entire area dedicated to Hemingway. 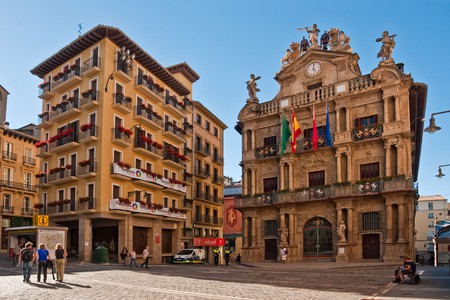 Also featured among the pages of Hemingway’s The Sun Also Rises are the city’s Medieval walls, where, at one point, two of the book’s main characters go to escape the maelstrom of the city centre. The Arga River cuts a deep valley around the east and to the north of the Casco Viejo (old town), a natural defence that was then improved upon with a series of fortifications. Today, they form a delightful walk around the city, complete with expansive views, especially to the north. 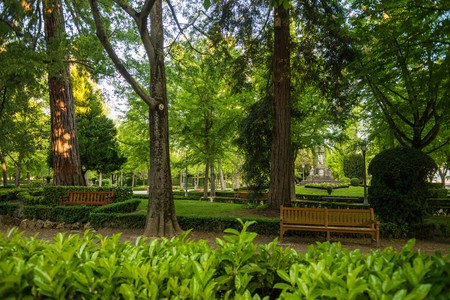 Following the northern edge of the walled city centre, you’ll eventually come to the Jardines de la Taconera (Taconera Gardens), northwest of the Casco Viejo. This verdant escape is set at a lower elevation than the centre and is home to outer battlements and remnants of moats that once guarded the Ciudadela de Pamplona (Pamplona citadel) slightly farther south. Part of this lower moat level was turned into a zoological park, with ducks, chickens, peacocks and deer allowed to roam free. 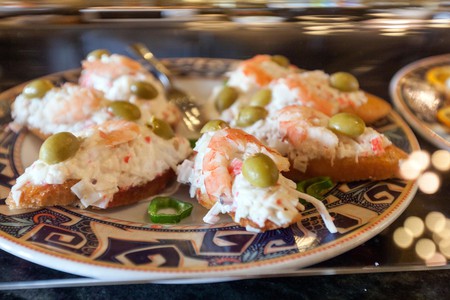 Explore the amazing pintxos (small snacks) bars in the city on a tapeo (bar-hopping trip). You can order a caña (small glass of beer) and one of the colourful and curious mounds of food that you’ll see arranged along the bar. These are pintxos, designed to be eaten in a few bites, and they’re ubiquitous around the Basque Country and Navarra. The pairings can get quite creative, such as gula (imitation baby eels) and fried aubergine or goat’s cheese and cherry jam. Bodegón Sarria and Bar Gaucho are good places to start.

The pretty main streets are generally not filled with enraged bulls 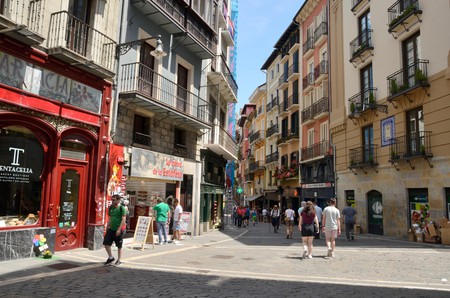 One of the highlights of visiting Pamplona is taking a walk through the historic streets of the Casco Viejo neighbourhood. For part of July every year, they’re blocked off to form the bull-run route, but it’s generally much easier to appreciate them without the threat of being gored. Follow Calle de la Estafeta north, then take a left at the top into Plaza Consistorial to follow the bull-run route. You’ll find plenty of historic highlights in this area, including the Town Hall and the 15th-century Catedral de Santa María.

Regional and national art is on show at top-class galleries 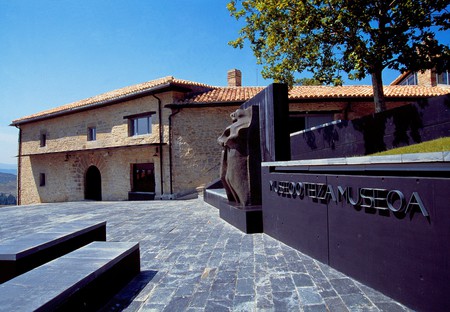 Nearby is the Museo de Navarra – the main art museum in the city – sitting inside a 16th-century building once used as a hospital. The museum’s primary collection focusses on religious artwork – particularly mosaics, murals and engravings procured or rescued from regional churches. The highlight is the collection of fragments of the city’s original Romanesque cathedral, which was gradually replaced throughout the 15th century. Also, northeast of Pamplona is Museo Oteiza, dedicating itself to the life and work of local luminary Jorge Oteiza.

You can walk in the footsteps of millions of pilgrims 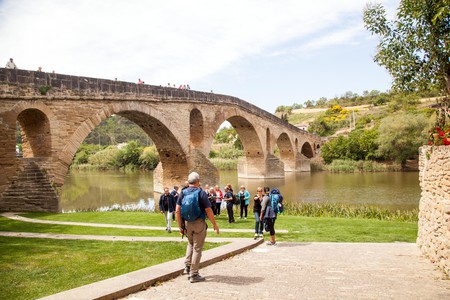 The Camino de Santiago is one of the great hiking routes in the world, comprising many paths. However, the main two routes – Camino del Norte and Camino Francés – run parallel to one another from southwestern France to Santiago de Compostela. The latter route passes right through Pamplona. A 24km (15mi) stretch from Pamplona to Puente de la Reina is a great way to experience a section of the route to this village, with its 11th-century Romanesque bridge. You can then hop on the bus back to Pamplona.

It’s the perfect base for exploring this corner of Spain 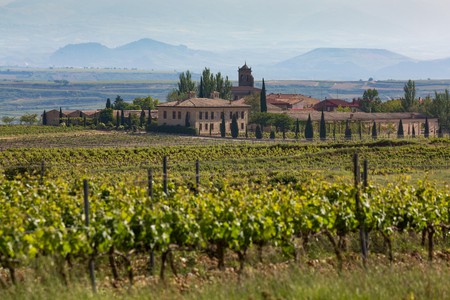 In whichever direction you travel, you’re bound to find the fascinating, the beautiful and the historical within a few hours of Pamplona. Explore the Pyrenees Mountains at the Parque Natural Valles Occidentales to the east; try the best pintxos while looking out over the Atlantic Ocean in San Sebastián to the north. Visit the Guggenheim Museum in Bilbao to the northwest; take a wine tour of La Rioja to the southwest. Then, return to your Pamplona base to continue working your way through this list.

Looking for somewhere to stay while you’re here? Book into one of the best hotels in Pamplona, or opt instead for a top family-friendly stay. Don’t miss out on the best restaurants in Pamplona.