The Serbian Cross: The History of Serbia's National Symbol 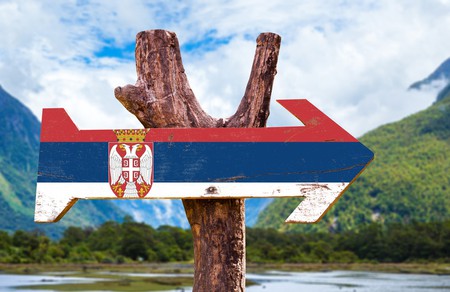 What is the Serbian cross?

A white cross on a red background, the Serbian cross is thought to be based on a tetragrammic cross of the Palaiologos dynasty from the 13th century, although this has never been confirmed. The similarities are clear for all to see, although the Serbian version comes with four stylised C letters. To clear up any confusion, the C in question is actually the Cyrillic character for the Latin letter S. What do the letters stand for? More on that shortly.

Harking back to the glory days

The oldest preserved historical source of its use in a Serbian context comes from the late 13th century and the Visoki Dečani monastery in Kosovo, but academics debate when it first gained momentum as a national symbol. The general consensus points to 1397, although many reputed scholars date its beginnings to 1345.

Whatever the year, the cross and its use is a reference to the glorious Serbian Empire of the medieval times, the undoubted glory years for the Serbian nation. Those years came to an end when the nation was overrun by the Islamic Ottoman Empire, after decades of the Serbs defending Christendom in the face of this onslaught.

It didn’t become an official symbol until 1691, when it was approved by the Metropolitanate of Karlovci. Over a century passed before it truly took off though, and in the aftermath of the Serbian Uprisings of the early 19th century, the cross could be found everywhere. It was added to flags, emblems, uniforms and the rest. Serbia had its official symbol in a legal and spiritual sense. 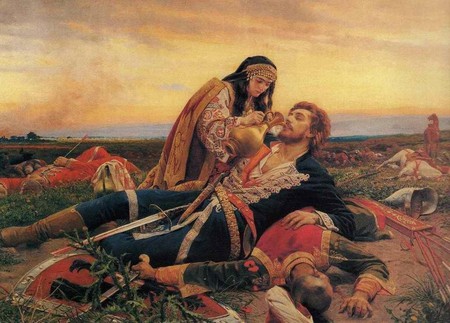 Only Unity Saves the Serbs

So what do the four S letters stand for? They unsurprisingly stand for the national motto, a slogan that has been a part of the Serbian mentality since the battles with the Ottomans in the 14th century. The phrase is ‘Only Unity Saves the Serbs’, which translated into Serbian becomes ‘Samo Sloga Srbina Spasava’.

What is the idea behind the phrase? It is a relatively simple one. It is a cautionary warning against foreign domination, a plea to all Serbs to stick together in times of need. It is a central part of the Kosovo myth, a battle that Serbia only failed to win because of Vuk Branković’s treachery (as the legend goes).

The phrase became a major rallying cry following the nation’s fall, and has found its way into countless epic poems and songs over the centuries. It received a major push in the work of Jovan Sterija Popović during the 19th century, although it had long been in use before that time. 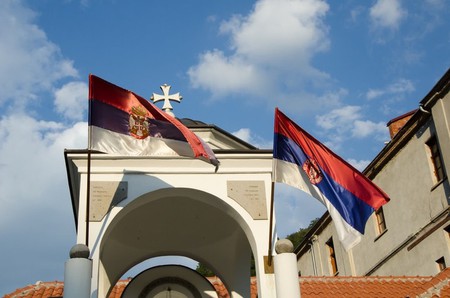 Monastery of Prohor Pcinjski is one of the oldest Serbian monasteries situated on the border with the Republic of Macedonia. | © Emilija Miljkovic / Shutterstock

The Serbian cross is still a hugely important visual for the nation and its people; however, the fact that it is routinely rolled out by the most nationalist elements of society has tarnished it somewhat for the wider majority. This has created another division in society, which is ironic considering the message at the heart of this national symbol.