Marina Abramović: The Artist is Present, and Overwhelmingly So

Considered the grandmother of performance art, Marina Abramović was born in former Yugoslavia in 1946. A revolutionary practitioner who pushed the boundaries of this art medium, Abramović’s work dramatically evolved throughout her career and her performance institute continues to influence the future of this controversial art form. 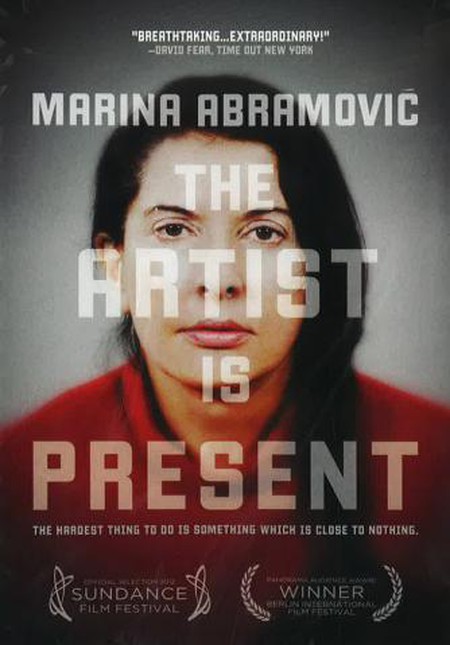 When she started performing, Abramović was not aware that other artists were also experimenting with body art, due to the fact that communication with the outside world was limited in her country. In fact, her relatives and art teachers thought she had lost it, and her family wanted to send her to a mental health hospital – although her mother always supported her art. When she finally left Yugoslavia in 1976, Abramović realized with surprise that performance art had developed in the postwar years; it had been pioneered by the Japanese movement Gutai, Alan Kaprow’s Happenings, Viennese Actionism, the Judson Dance Theatre’s choreographers, Joseph Beuys’ myth-making and Fluxus – among others. All of these artists showed a passion for the body as a medium for art. Kaprow for instance was interested in “the specific substances of sight, sound, movements, people, odors, touch.”

Abramović first settled in Amsterdam, where she met her future partner in art and life Frank Uwe Laysiepen, or Ulay. A performance artist from Germany, Ulay would become Abramović’s alter ago and collaborator for 13 years, until their artistic and personal relationship crumbled. Abramović and Ulay found each other at a turning point in both of their respective lives. At that time Abramović’s radical performances were increasingly self-destructive, threatening her mental and physical health; by then, she had already injured herself while repeatedly stabbing her fingers with a blade (Rhythm 10, 1973) and passed out during a performance for which she had engraved a star on her chest before lying, bleeding, inside a flaming star (Rhythm 5, 1974). She had also allowed the public to play with her and abuse her body while she was lying still for six hours next to potentially lethal tools such as a loaded gun and various saws (Rhythm 0, 1974). This, she said, was a traumatic and masochist experience that helped her set boundaries in her future works. 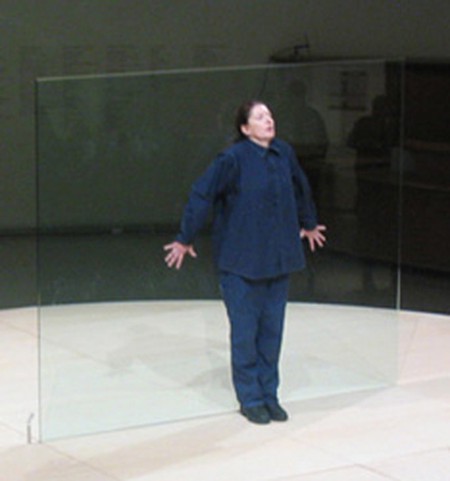 During the early stages of her career, Abramović was eager to test her physical limits. For instance, she enjoyed attending surgeries in hospitals, watching the vulnerable bodies in awe during visiting hours. An awareness of both time and endurance have in fact been major preoccupations for the artist, especially after the 1971 piece Metronome. But as her style evolved, she experimented more and more with mental rather than physical endurance, and her work became more contemplative.

The culmination of that process was the 2010 MoMA show The Artist is Present. For more than 700 hours, Abramović sat on a wooden chair without an armrest, silently gazing at the people who sat in front of her, including Sharon Stone and Lady Gaga. People queued for hours to participate: a few cried, others tried to mess with her, and most of the visitors went through an intense, almost religious, experience that lasted from seconds to seven hours. As she described it, “MoMA was like Lourdes.”

Similar to psychoanalysis, Abramović said that this performance allowed people who carried “such pain inside” to use the artist as a “mirror” for their emotions and to communicate with her on a deep, empathetic level. This show also illustrated a trend that many performance artists have picked up in the past couple of years: the eagerness of the public to get ‘involved’ in the work of art and not just admire it from a distance. This is why so many people queued patiently argues Abramović; they wanted an individual and physical experience from the artist – something museums do not normally grant. This concurs with Marcel Duchamp’s idea that the work is not finished until the viewer completes it in his or her imaginative space. 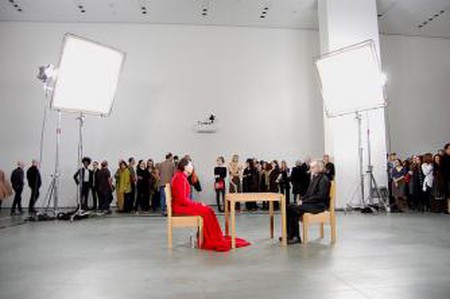 In the run-up to the show, Abramović followed a strict training programme tailored by NASA in order to improve both her physical and mental endurance. It was challenging, but she was used to that; in her early childhood, the artist learnt self-discipline with both parents holding major positions in the Communist Party. After her father left the house, Abramović’s mother took “military-style control” of her and her brother, and this had a lasting impact on the artist. In addition, Abramović was closely related to the then-patriarch of the Orthodox Church, a man who was later sanctified, and this meant that total sacrifice – to religion, communism and art – and long-term transformation were always ingrained in her.

Throughout her career, Abramović has been deeply concerned about documentation and legacy. She has archived everything – from personal correspondences to museum leaflets – and she has opened the Marina Abramović Institute for Preservation of Performance Art in Hudson. This non-profit organisation aims at supporting and teaching performance art, while safeguarding both the legacy of Abramović and of the volatile art form itself. This center aims to legitimize performance art, and change the way people perceive it – which is more often than not with skepticism. In an attempt to pay homage to past performances, Abramović also re-enacted a series of old pieces in 2005 and this initiative was received with various degrees of enthusiasm. While the purists felt that there cannot be a “cover version” of a performance act, younger audiences were delighted to watch the re-enactments of Gina Pane’s The Conditioning (1973), Joseph Beuys’ How to Explain Pictures to a Dead Hare (1965), and Abramović’s own Lips of Thomas (1975).

The feature-length documentary Marina Abramović: The Artist is Present (2012) also contributes to the legacy of the artist. The film records her preparation for her MoMA retrospective, and it provides Abramović with a platform to demonstrate, once and for all, that performance art is indeed art. Deenah Vollmer writes in Interview Magazine that ‘despite the austerity and self-destruction of many of [Abramović]’s pieces, the film reveals [her] as a cheerful and effervescent person who is willing to laugh at herself’. In reality, Abramović’s eccentricities are part of the performance. She proudly claims, “When I am not performing […], I am really very quiet and ordinary. I don’t drink or smoke and I have never taken drugs. I am probably the most boring person you could meet” – a statement that even the most casual viewer of Abramović’s art would greet with some skepticism.