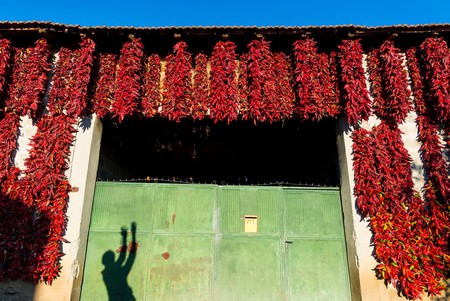 The village of Donja Lokošnica is unlikely to set off any bells, unless you happen to be an unbelievably dedicated pepper aficionado. The small Serbian village is the self-proclaimed paprika capital of the world, and every autumn it turns a deep shade of crimson.

A tiny village with little history

According to the 2011 census, a grand total of 879 people live in Donja Lokošnica. This is down from the 1,060 registered in 2002, a population that included a single, lonely Russian individual. The village has been getting smaller and smaller over the years, its average age increasing in the process, as young people abandon the rural life for more opportunities in surrounding towns like Leskovac and Niš.

What makes Donja Lokošnica special is not its people or history, but the industry that dominates the village. ‘Dominates’ is a total understatement too, as every single household in town is involved in the cultivating of peppers. Everyone grows them here, and the crimson plants are routinely described as ‘red gold’ in these parts.

On average, every house in Lokošnica produces an astonishing three tonnes of peppers annually, in a cycle that lasts around nine months every year. The first seeds are planted in plastic cups at the beginning of March, as all and sundry wait for the soil to warm up enough for the plants to prosper. That usually happens in May, at which point the seeds are transferred to the ground. 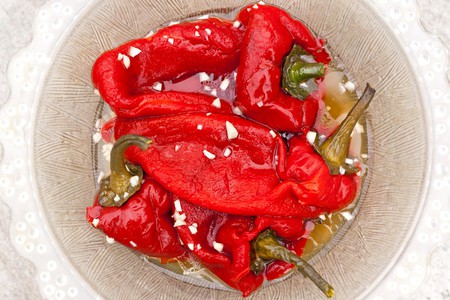 The harvest comes in in autumn, and Donja Lokošnica is painted a strong shade of red as a result. The millions of peppers are hung from every house in the village, giving it the impression of a town that has been taken over by a forebodingly crimson moss. The peppers are left to dry on the walls of the village, before being brought down and turned into whatever final form they will take.

The village’s annual Pepper Days festival is the undoubted highlight of the calendar, as the locals mix with visitors from all over the region in a shared love of all things paprika. A host of competitions are held, and you’d be surprised as to the scope of challenges that can take place with peppers at their heart.

Villagers are judged in baking, peeling and preparing, with the stringing being the most important and competitive contest. It isn’t just as simple as hanging up some peppers either, and the methods used for stringing have been passed down over centuries. No small amount of skill, experience and knowledge is required, three characteristics that perennial winner Vesna Milojković has in spades. 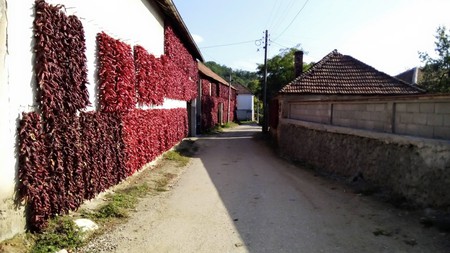 A wall of peppers in Donja Lokošnica | © Donja Lokosnica / Facebook

An end to tradition?

Peppers have dominated the lives of people here for centuries, and that trend doesn’t show any sign of changing soon. The dwindling population of Donja Lokošnica represents a major problem however. With fewer locals deciding to stay in the village, what does this mean for the pepper trade in decades to come? With its population ageing all the time, who will be left to string out the red gold when those currently in town are too old to do so?

This isn’t an unusual problem in Serbia, as more young people leave their villages for the bright lights and employment promise offered by the bigger cities. Donja Lokošnica isn’t unique in that respect, but the uniqueness of its single industry makes it a little more fragile than most. Many rural communities will survive, but who will learn the intricacy of pepper stringing and the rigorous schedule of this type of farming?

The prevailing feeling is one of a ‘cross that bridge when we get to it’, and for now the people of Donja Lokošnica are happy to continue planting their seeds and reaping the red rewards come autumn. The village holds a special place in the heart of the country, a spot that is transported across the region in the shape of ajvar, cosmetics, medicine, or simply their dried form. 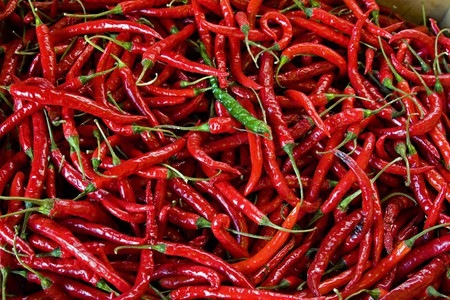