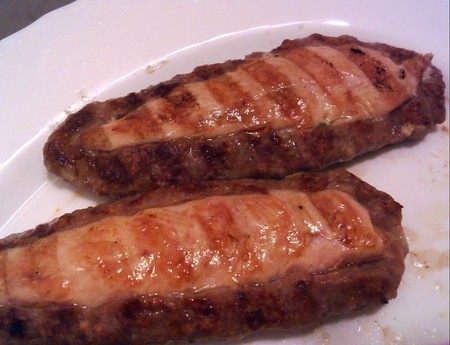 Serbia is an interesting country when it comes to restaurants. The country is a veritable carnivore’s paradise, a land full of delectable dishes heavy with meat, spices and the rest. The fare is excellent from the plains of Vojvodina all the way down to Niš in the south. However, the general consensus is that the latter is the place to go if succulent meat dishes are your thing. The area around Leskovac and Niš is known for its food, which is no small feat in a country that prides itself on great gastronomy.

‘Fine dining’ in Serbia has been thrown into a mixer and turned right on its head. The classy restaurants are fantastic, don’t doubt that, but the real quality is found in spots with red tablecloths, lighting that is as far away from ambient as possible and tables full of rambunctious groups. If the police are eating there, you know you are in the right place.

One such place is Kafana Marjan, located in the village of Draževac, a town so small that its Wikipedia entry contains little more than a note about the population. The restaurant isn’t the easiest to find either and is located in a dusty side road near the main thoroughfare to Niš. Ask someone for directions and he or she may well point you in the wrong direction, simply out of confusion. 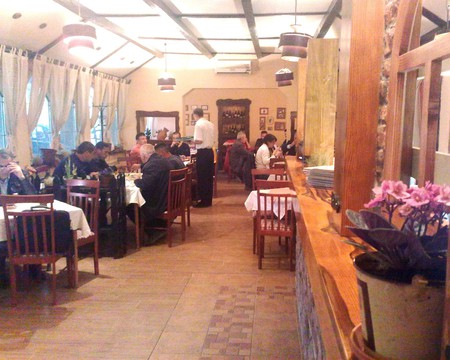 Frills are hard to come by at Marjan | © Kafana Marjan/Facebook

But find Kafana Marjan you must, because the food that awaits is among the best in the country. The story goes that a former mayor of Belgrade was once so excited to eat here that he ran across the busy highway to get to the kafana. It is easy to see why. Salads are on the table within moments of bums hitting seats, and any reticence is quickly dismissed when it turns out that the salads are free and extremely tasty.

Kafana Marjan is home to a ‘dish’ that is known more by its nickname than its actual moniker. They call it Draganov Voz, which translates to ‘Dragan’s train’, though the second ‘a’ of the moniker is eschewed in favour of an ‘o’. If you’ve followed so far, you’ll understand that we’re talking about a Dragon Train.

The premise is a simple one, and it could also be considered one of the few ‘Man vs. Food’ dishes that won’t put you in an early grave. It is essentially a mixed meat grill, but with one little caveat. Rather than getting the food all at once, the cuts of meat are brought from the kitchen to the table every few minutes, with unnerving accuracy. Just when you think the train has ended, another carriage arrives. It is deceptively difficult, but the meat is so good that the challenge is more than accepted. Washing it down with rakija isn’t just encouraged; it seems to be mandatory. 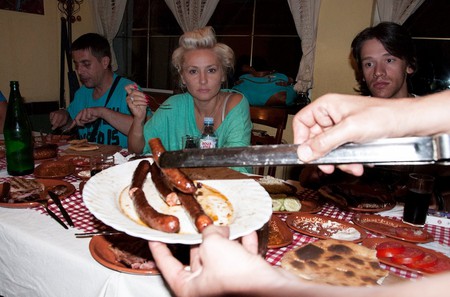 The concept is novel enough, but it is the quality of the food that packs this hidden restaurant every day. The name of the meal has nothing to do with mythical beasts who breathe fire and more to do with the owner of the restaurant. His name is Dragon, and he took on the restaurant when his father passed away. The place is named after his father, although his name was Slavoljub and not Marjan.

Serbia is a place where you can eat dragon trains that have little to do with actual dragons or trains, in a restaurant named after a man whose full name doesn’t match the restaurant’s name. Serbia truly is an interesting country when it comes to restaurants.