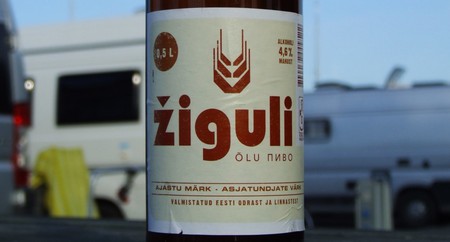 When Austrian aristocrat and entrepreneur Alfred von Vacano founded the Zhiguli Brewery in Samara in 1881, he had no idea he was about to create the most iconic beer brand of Soviet times.

Originally named “Viennese Beer”, Zhigulevskoye was made with high-quality raw ingredients and water from the Volga, a river once revered for its cleanliness and fresh taste. By the turn of the century, von Vacano’s golden, crisp and subtlety malty beer had gained a reputation as a quality libation, being made for export and stocked in reputable restaurants throughout the Volga region.

When Bolsheviks stormed Samara during the Russian Revolution in 1917 and finally took control of the city in 1918, the brewery fell under state control and von Vacano was exiled to Austria, where he eventually died in 1929.

Prior to the revolution, Russia produced a variety of beers according to Western standards. Bavarian-, Munich- and Viennese-style beers, along with Pilsners, were all readily available throughout the nation. During the communist reforms, however, these labels were considered bourgeois and state officials ordered name changes to reflect Soviet ideals.

Pilsners became Russkoe, and Munichs were changed to Ukrainskoe; each style of beer adopted a Soviet name. Taking its name from the Zhiguli Hills, a nearby mountain range on the banks of the Volga, “Viennese beer” lost its European title and Zhigulevskoye was born. 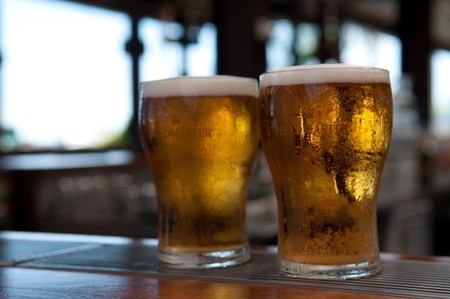 Several beers were produced in the USSR, manufactured in Russia and dispensed across the Soviet states. Along with Zhigulevskoe, Russkoe and Ukrainskoe came Moskovskoe, Leningradskoe, Martovskoe and Karamelnoe were among the initial major players in the early Soviet beer scene.

Initially brewing was not a part of the USSR’s standardisation, but once the Five Year Plans were introduced, beer production was pushed. Having survived grain shortages and political tumult, Zhigulevskoe was often the only available beer on the market and, according to some reports, accounted for up to 90 percent of Russian-brewed beer at times. As a result it became known as reliable and readily available beer across the USSR.

Since the dismantling of the Soviet Union, many breweries throughout the former communist state continue to brew Zhigulevskoye, including Baltika and Carlsberg in the Ukraine, although true Zhigulevskoye brews are considered to come only from Samara.

Today the original brewery still stands close to the banks of the Volga and still produces the beer. And while the brew nowadays has little resemblance to the beer it once was, it is recognised as a trusted brand. Still prevalent across Russia, Zhigulovskoye is seen by locals as an old faithful companion.