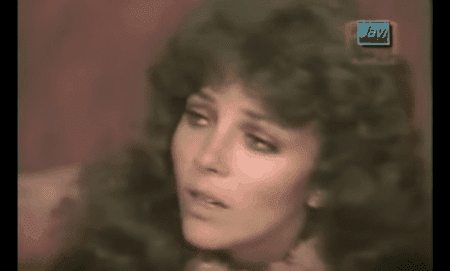 For most of the Russian masses, escape from the social and political chaos of the emergent Russian Federation was hard to find. The growing pains of the newly formed nation were mired in corruption, uncertainty and instability. For many, a respite from the daily drudgery was found in an unlikely source: the bright melodrama of Latin American soap operas.

It wasn’t just the Russian people that were undergoing an acute transformation. So was television. Channels scrambled to find cheap content to replace the air-time government-led programmes. One savvy producer at the Ostankino station took a punt on Los Ricos También Lloran (The Rich Also Cry), a Mexican soap from the 1970s. Although the station had predicted the show would be popular, it had no idea that it would be dynamite.

Turns out Russia loved Latin American soaps with an impassioned sincerity. Retitled as Bogaty Toszhe Plachut, the general public became enraptured with the programme and its popularity blazed across the post-Soviet states. It was estimated that 200 million Russian and ex-Soviets watched the finale (compare that to the 52.5 million Americans who tuned in to watch Ross and Rachel finally get it together in 2004.) And the soaps that followed continued to win over the hearts and the attention of the people.

Another hugely successful import was Simply Maria, a Mexican soap that chronicled the epic sagas of a peasant girl turned fashion designer. It is estimated that on average 140 million people tuned in across Russia and the post-Soviet states, and when the star of the show, Victoria Ruffo, toured Russia in 1994, fans went to great lengths to travel the country in the hope to see her perform.

These programmes were dubbed poorly in Russian, often with the original Spanish dialogue faintly buzzing below it. The storylines were elaborate, plot points were dramatic and characters were flamboyant and emotional. The soap’s fantasy worlds provided an hour-long window for Russians to get lost in, in a similar way to the preceding jangly colourful world of Bollywood, which had a big fan base in Russia during Soviet times.

Some Russians found the sensational melodramas a much-needed break from the monotonous daily grind. One Simply Maria fan present at Ruffo’s Moscow concert in 1994 went on the record to say:

“… For me it’s psychotherapy. We live in hard times, in a grey, difficult country. It [Simply Maria] is like a fairy tale. I enjoy the bright colours, the bright interior decor.”

Others saw their own plights reflected in the predicaments Maria found herself in. Another fan explains: “She is like us. She suffers and so do Russian women; she falls in love, and so do we.”