Why Russians Are Obsessed with Mayonnaise? 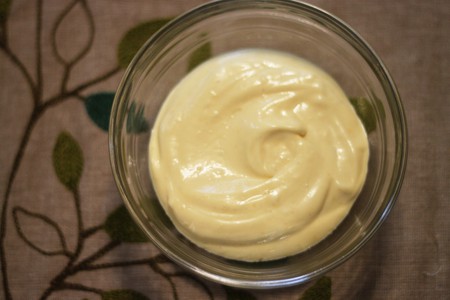 Love it or hate it, mayonnaise is the most ubiquitous condiment in Russian cooking and a key component in the 2018 World Cup host’s national cuisine. Found throughout salads, in soups, even smothered on meat before roasting, or frozen, crumbed, and then deep-fried; the white, gelatinous sauce has been a signature ingredient in many dishes through Russia’s cultural evolution. So just how did emulsified egg come to be on almost every table and in almost every meal?

It is believed one of the key things that bound Russia and mayonnaise together was the Parisian-style bistro called the Hermitage that catered to Moscow’s oligarchs and wealthy set during the 1860s. Headed by Lucien Olivier, one of their signature dishes was a mayo-drenched salad that quickly became popular with the restaurant’s regulars, despite its appearance. 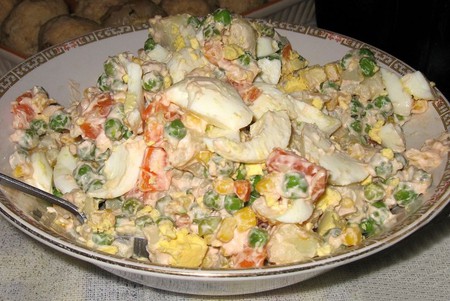 Outside Russia, this salad has now come to be known as Russian Salad – a testament to the strength of association between condiment and nation. Inside national borders, however, this (actually really tasty) concoction of potato, meat, egg, pickled cucumbers, peas and carrots smothered in that ubiquitous sauce is called Olivier Salad, named after its creator.

However, Russia’s affinity for the condiment isn’t just one person’s doing. Climate has also played a role in solidifying mayonnaise as a dietary staple. Protein-rich and high in fat content, the oil and egg emulsion was used, and continues, to fill out meals with extra calories to fuel people through Russia’s notorious long, grim winters. 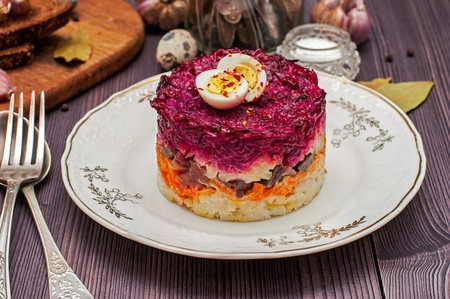 Russia’s bitter winters also meant few spices and herbs grew in the area, and so mayonnaise was used as a flavour enhancer. It was used to mask subpar ingredients during the Soviet Union and in times of rationing, mayonnaise offered a variation in taste when added to the limited selection of available food. During these times, when the availability and quality of food was in a constant state of flux, the condiment’s long shelf life proved to be a stalwart and a source of security.

Family recipes handed down between generations include mixing mayonnaise with sour cream as a dressing, rubbing the sauce on to meat, fish and chicken before roasting it, or adding it to baked biscuits or chocolate cake, similar to the use of sour cream in the Ural favourite, bird cherry cake. 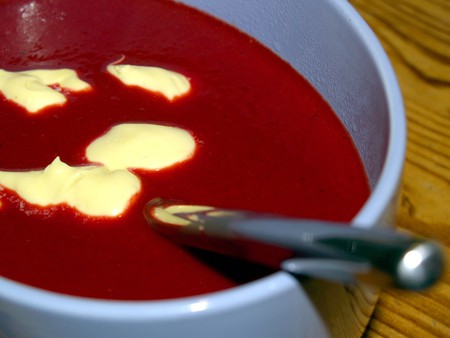 Mayonnaise really has stood the test of time in Russian culinary history. The average Russian consumes around 2.5 kilograms of the stuff a year, and a 2004 study revealed Russia is the only European market where mayonnaise outsells ketchup; a good indication that this much loved, comfort condiment isn’t going anywhere in Russia, except maybe onto another plate.