What's the Difference Between Pelmeni, Varenyky and Pierogi? 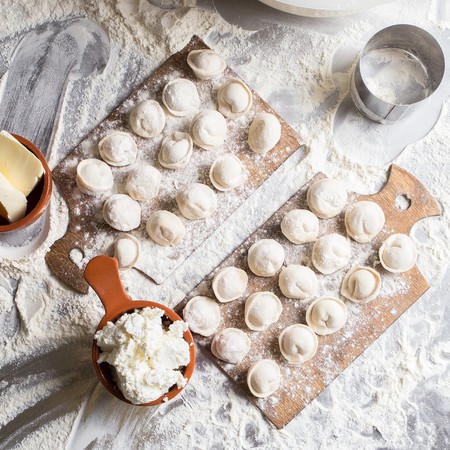 Russia loves a dumpling. Deliciously stodgy, they are the comfort food of kings and have seen Russians through many a long cold winter, with even the Tatars and Georgia having their own takes. If you’re planning a visit to Russia in 2018 or beyond, get up to speed with our guide on just how these delicious dough parcels differ.

Pelmeni are moreish little parcels filled with meat, usually pork, or fish. Traditionally a dish native to the Urals, you can and will find these dumplings everywhere in Russia. Brought into Ural cuisine by indigenous people, it is suggested they started off as an adaptation of the Chinese wonton, brought into Siberia and the Urals by the Mongols. Historically, they were are a way of keeping meat through winter, as they could be prepared and then frozen in the snow and cold. 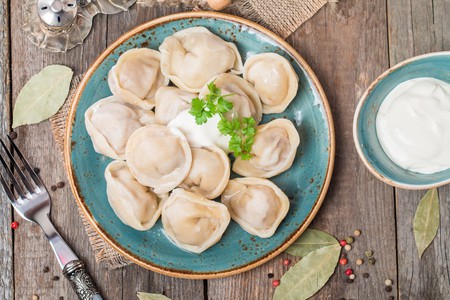 Stuffed raw, the meat is spiced simply with just salt, pepper and garlic, and cooked inside the dough. They are usually served with either a dollop of sour cream and a bit of dill, or in a light broth. Bird cherries, also a native Siberian food, are dried and ground down – pip and all – into a flour. This flour is often added into the pelmeni (and varenyky) dough in the Ural and Siberia area, and so the place to try pelmeni with bird cherry is Yekaterinburg, the Ural’s premier city. Have a go at making your own pelmeni at the cheep and cheerful Pelmeni Klub. 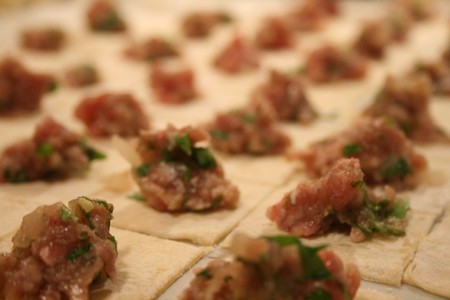 These stuffed dumplings are common throughout Central and Eastern Europe. Varenyky is the more commonly used term in Ukraine, often eaten with sweet fillings, while pierogi are the national dish of Poland.

Different to pelmeni as they are usually vegetarian, varenyky and pierogi can be served fried in butter, usually as an appetiser or a dessert. Generally filled with potato, sauerkraut, cheese, mushrooms or cabbage, they can also be made sweet by stuffing them with sweet cheese and fruit. 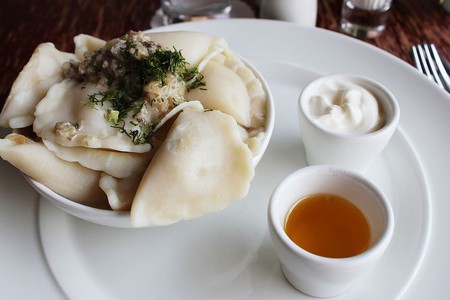 While varenyky and pelmeni are used to described small fried dumplings, Russians refer to a pie as pirog, and their broader baked pastry family as pirozhki, which can be confusing if you’re new in town. And just to add more dumplings into the mix, manti and khinkali are two more styles of dumplings you’re bound to stumble across if you’re traveling Russia and the post-Soviet states.

Manti are a Tatar dish, and you’ll definitely find them if you catch a World Cup 2018 game in Kazan, especially if you hit up one of the Tatar restaurants around town, like Dom Tatarskoy Kulinarii. But you’ll also find them in Uzbek or Armenian restaurants as well. Stuffed with meat, including horse which is a Tatar speciality, they are usually bigger than pelmeni, look more like a Chinese style dumpling, and are often served with chilli flakes and sour cream. 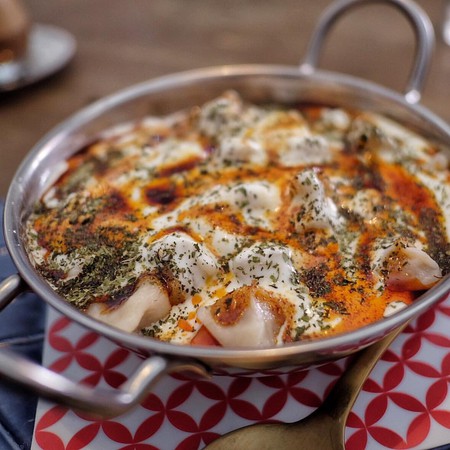 Traditionally eaten with your hands, khinkali are also prepared with raw meat, so the cooking process traps the juices. Broth is sometimes added for ultimate flavour and juiciness as well. This makes these dumplings so succulent that typically the first bite also involves sucking up the broth and liquids, so as to prevent breakage. While Georgia is the place to get your khinkali fix, Moscow’s Dada Café whip up some pretty delicious dumplings, true to Georgian style.