What You Should Know About Alla Pugacheva, Russia's Greatest Diva 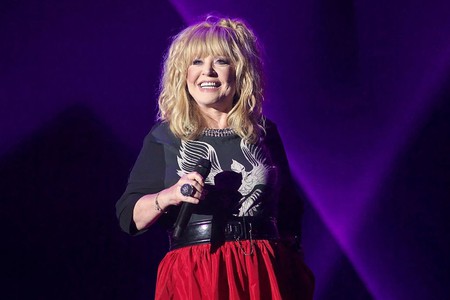 In Russia, there are seasonal pop singers, there are stars, there are superstars – and then there’s Alla Pugacheva. Nobody captures the imagination of a crowd quite like she does. Old and young alike know the lyrics to her songs by heart, and TV shows about her life draw an immense audience. Here is everything to know about the Tsarina of the Russian stage, Alla Pugacheva.

The Russian version of The X Factor was called The A Factor, in honour of Pugacheva, who was also the lead judge. The programme had a successor and a predecessor that followed the same format, but neither featured Pugacheva, so they both were aired with different names.

All she needs is love

Pugacheva has had a prolific love life. She’s been married five times, but the good news is each of her marriages seems to be more successful than the last. The first three – first to Lithuanian circus artist Mikolas Orbakas, second to film director Aleksandr Stephanovich and third to music producer Evgeny Bodiny – only lasted a few years. Pugacheva found more luck with Filipp Kirkorov, a Russian singer of Bulgarian descent 20 years her junior. Their marriage lasted 11 years and ended when the diva met her current husband, Maxim Galkin, a famous Russian comedian. Galkin is 27 years younger than Pugacheva, but it doesn’t seem to be an obstacle to their happiness. They’ve been married since 2011, and they’re still going strong.

Pugacheva’s daughter, Kristina Orbakaite, was born in 1971 during her first marriage to Orbakas. Orbakaite now has three children of her own – Pugacheva’s grandchildren – Nikita (born in 1991), Deni (born in 1998) and Claudia (born in 2012). Pugacheva also has two biological children with Galkin: twins Harry and Elizaveta, who were born via surrogate in 2013. Orbakaite’s siblings are significantly younger than her own children, and her stepfather is five years younger than she is.

The castle she calls home

Maxim Galkin had a childhood dream of living in a castle, and this dream has most certainly come true. He found a perfect lot in Gryaz (which, interestingly, means ‘dirt’ in Russian), a small village in western Moscow, and began construction. It took nearly seven years to complete, but now Galkin, Pugacheva and their children live in the castle, which has interiors that combine modern-day inventions with Renaissance-esque décor. It is truly a house deserving of the Queen of the Russian stage.

Pugacheva is undeniably one of the most successful Russian and Soviet performers. She has released countless albums and DVDs, has performed in multiple countries, starred in many films and has sold more than 250 million records. She’s been awarded multiple prestigious prizes and state decorations. To this day, no one can match her achievements on the Russian stage.