Top 5 Vodka Brands You Must Try in Russia 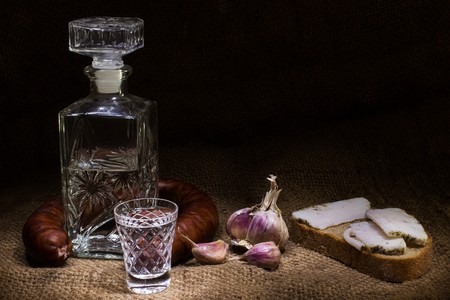 There’s no country more associated with vodka than Russia. Imagine yourself finally planning a trip here for World Cup 2018, or for the Christmas holiday. If you want to stay warm like the locals do, you should definitely learn more about the country’s favourite drink. Here are five brands that won’t let you down.

The recipe for Russian Standard vodka is based on a traditional Siberian alcoholic wheat recipe. It is considered to be one of the most expensive vodkas. It includes Siberian pepper and ginseng extracts with soft caramel notes. Russian Standard is usually served during special dinners and celebrations, and it makes for a very nice gift.

A post shared by Russian Standard Vodka Russia (@russianstandardrussia) on Nov 20, 2017 at 8:27am PST

Stoli is a name you might recognize as it is probably the most famous Russian vodka brand abroad. Stolichnaya vodka comes from some of Russia’s oldest distilleries, which are located in the Samara and Kaliningrad regions. The vodka is distilled from a local traditional white wheat and is processed through silver charcoal filters, which gives it a pure, fresh taste. The bottle design has remained the same for decades.

Beluga is definitely one of the most expensive Russian vodka brands out there. Its recipe was formulated some years ago, requiring a special scalding technique. Now it’s triple-distilled and put through a six-stage filtration process using activated charcoal and quartz sand. If you want exceptional taste, order a glass of Beluga Vodka.

This high-quality vodka comes from St Petersburg and is traditionally made from Russian durum wheat and pure water. A long time ago, Tsarskaya was the favourite vodka of Peter the First and was served only during special celebrations in the palace; however, after some time it became available to the general population. Peter was so passionate about Tsarskaya that he controlled the multi-step purification formula and its preparation at the factory. It later became a favourite product of the Romanov dynasty as well. Nowadays it’s very common to see Tsarskaya in Russian houses, especially paired with red and black caviar and Russian salads.

Green Mark vodka is an original wheat-distilled vodka from Moscow. Each bottle is uniquely numbered, so it’s possible to check where it was originally packaged and produced. The price is affordable and this vodka is probably one of the most common brands you can buy in a supermarket. The taste itself is quite soft and smooth. Green Mark pairs perfectly with traditional savoury snacks, such as vegetables with seledka (Russian marinated fish snacks).