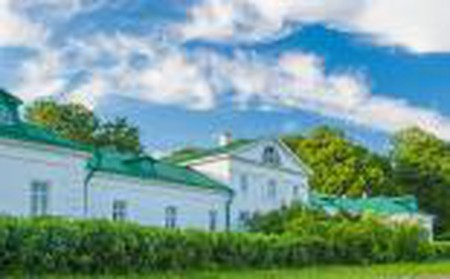 The familiar adage ‘home is where the heart is’ certainly rings true in the various echoing halls of Yasnaya Polyana in central Russia. World renowned author Leo Tolstoy was both man and boy in the grounds of this ensemble estate, now open to the public. We examine the history, architecture and legacy that resulted in the site becoming a state memorial in 1921. 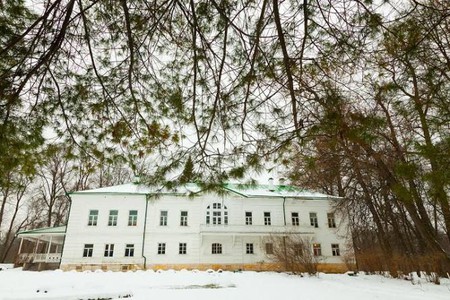 Yasnaya Polyana is Russian for ‘bright glade’, which in itself mirrors the location of the former residence – now museum estate – of Leo Tolstoy. Situated in a spacious park lined with birch trees, the home of Tolstoy has welcomed visitors since 1921 and is currently managed by Vladimir, Tolstoy’s descendant.

Tolstoy’s parents, Maria and Nickolai, inherited Yasnaya Polyana shortly after their wedding, establishing the property as their primary estate and moving in almost immediately – delayed only by the construction of their desired renovations. Located in the Tula region of Russia, the property was the latest in a string of buildings purchased by the aristocratic Tolstoys, seeking an appropriate property in which to house their five children, of which Leo, born in 1828, was the fourth. 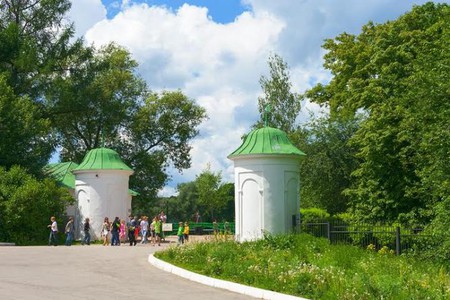 Leo and his siblings spent their early years in Yasnaya Polyana, and it was to Tula that Tolstoy returned after aborting his degree in oriental studies and law at Kazan. Having felt constrained by the regimental nature of university learning, Tolstoy decided to reject formalised education in favour of pursuing his writing, intermittently spending periods of time away in army service. Yasnaya Polyana therefore, became the fertile creative environment – and according to Tolstoy, the ‘inaccessible literary stronghold’ – which nurtured his literary imagination, the estate baring witness to the creation of Tolstoy’s most iconic novels: War and Peace and Anna Karenina.

Before starting a day’s writing, Tolstoy reputedly rose at 7am and took a walk around the extensive grounds of Yasnaya Polyana, completing bursts of physical activity to free up his mind from extraneous concerns. During the harvest season, the author also contributed to the field labour, wishing to recreate the circumstances of his peasant protagonists and experience their authentic struggles for himself. The estate also provided the basis for Tolstoy’s decision to establish thirteen schools for his serf’s children, championing democratic education and revolving around the ideals set down in his 1862 essay, ‘The School at Yasnaya Polyana’.

Built in a style typical of late seventeenth, early eighteenth-century Russia, Yasnaya Polyana was home to generations of Tolstoy’s, having been purchased initially by Leo’s grandfather Prince Nikolai Volkonskiy. Maria and Nickolai’s vision of transforming the estate into a 32-room house with an expanded park, only served to enhance an already iconic site set within 10 miles of Tula. The architectural ornamentation and design of the original building was the result of Prince Sergei Volkonsky’s passion, enhancing the grouped design by introducing a series of orchards, parks, and stone outhouses, which were rented to farmers and tenants for additional income. 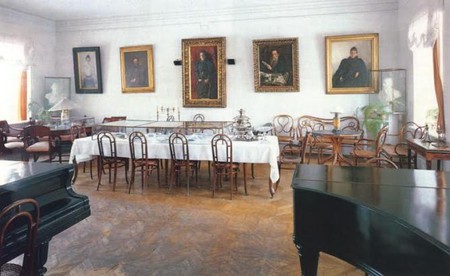 The house as Leo knew it boasted four thousand acres and was edged and bordered by some of the glorious landscape gardens that gained Leo’s grandfather his green-fingered reputation. Indeed, it was here that Leo brought his own wife, who in turn managed and oversaw the 350 workers who lived in and maintained the four levels of Yasnaya Polyana. Spread over such an expansive stretch of steep and established terrain, the scale of the site is impressive, if a little overwhelming. Visitors are invited to walk through the thick woods to Leo’s unmarked grave, marked by a mound of earth in the place he called ‘the green wand’. 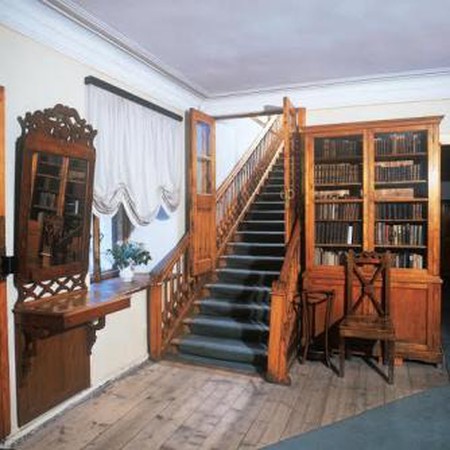 The estate also played host to the births of Leo and his wife Sophia’s thirteen children – four of whom died in childhood. The same leather sofa on which Leo – as well as his thirteen children – was born and nursed is still housed in the state memorial museum today. Indeed, visiting Yasnaya Polyana is akin to uncovering time capsule: the interior is sparse and authentically retained in the style in which the Tolstoys lived, displaying the artefacts as they have remained since the day of Tolstoy’s death.

Over Tolstoy’s lifetime, the house was split into numerous wings with some parts having since been demolished, yet the presence of literature and the abiding affection felt for Polyana by the Tolstoy family still permeates the atmosphere. 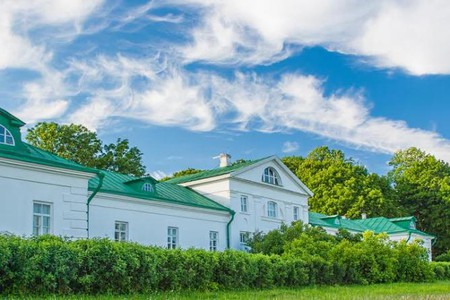 Once the estate was legally his own, following his father’s death, Tolstoy increasingly referred to it in his writings, vibrantly recalling Polyana in the trilogy ‘Childhood’, ‘Boyhood’ and ‘Youth’. In a letter from his brother, the property’s farm harvest was described with the vivacity typical of much of the text and history describing the fertile estate: ‘I ate pears that you now have in abundance’. For ardent fans of Tolstoy, lovers of historic architecture and those seeking the transcendental pleasure of a literary pilgrimage, Yasnaya Polyana offers glorious insight into one of the world’s best loved literary figures, presenting an evocative view of aristocratic daily life in nineteenth-century Russia.