This Swedish Singer Recorded Her Album On The Trans-Siberian Railway 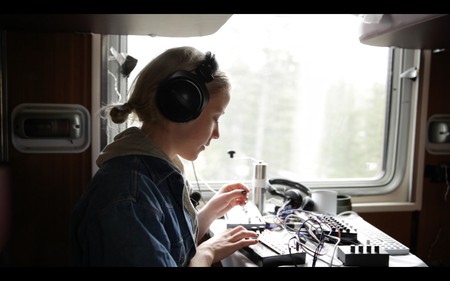 Trains are the perfect place for some quiet reflection as you watch the landscape outside speed past in a blur. They’re not usually considered such a great place to record a music album. That is unless you’re Ester Ideskog.

The Swedish singer, who produces shimmering Robyn-esque pop music under the name of Vanbot, decided to she needed to make a radical change after shelving work on her second album. 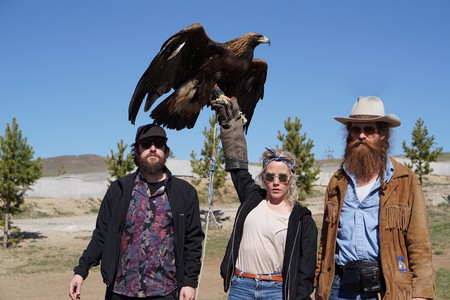 So, she bought a ticket for the Trans-Siberian Railway bringing producer-mixer Johannes Berglund, Petter Winnberg and a bunch of battery operated recording equipment along for the ride.

Throughout the 17-day journey – starting off in Moscow, Russia, and ending in Beijing, China – the trio managed to write and record an entire LP.

‘I’m very restless so I like the challenge of pushing myself,’ Ester admitted on the phone from her hometown of Stockholm. ‘I guess this was the perfect project.’

For her, the goal was to be constantly on the move to keep her inspired.

‘I really wanted to go to a new place that I’ve never been to before, to really put myself into a new context and not to have control over everything.’ 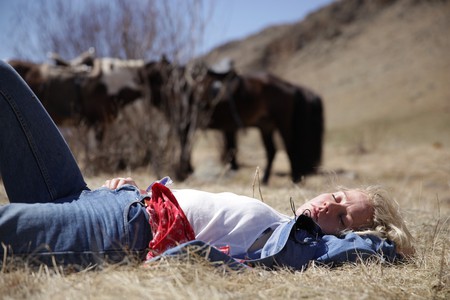 Every day, they would wake up and head to the restaurant wagon to eat breakfast before having a jam session in their compartment. Ester would write lyrics in the hallway of the train as fellow passengers walked past, and then recorded her vocals.

The singer is astounded it all came together. ‘We actually wrote and recorded a full album on the train,’ she said. ‘It was amazing that it actually worked out. We had our own compartment. To be be able to see so many places and so many distant villages was a really rich experience.’ 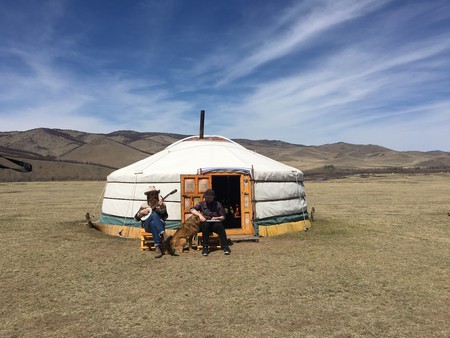 The group stopped off in two places – Lake Baikal in southern Siberia, and Mongolia – where they chatted with villagers, rode on horses and enjoyed the quiet solitude of the stunning natural landscape.

‘Lake Baikal was the first stop we did after a few days on the train. We were so hungover and so tired. It was amazing to be on the train but when we stopped it was such a big contrast. We were just resting and writing music by the lake. There was complete stillness.

‘Then we stopped in Mongolia where we went out into the complete wilderness. We were hours away from civilisation. We stayed in nomad tents. That was one of the best things I’ve ever done in my whole life, just to see the symbiosis between man, nature and animals.’ 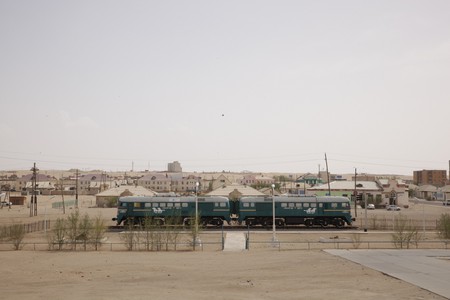 Back on the train, they decided to treat the other passengers to an impromptu gig in the restaurant carriage.

‘We had a really nice connection with people on the train,’ Ester explains. ‘Then one night we are all sitting in the restaurant wagon and we somehow managed to talk the chef into the idea of having a concert.

‘We had a small gig. We were standing there playing and I was thinking, “This is the most bizarre concert on a train rushing through Siberia.” ‘ 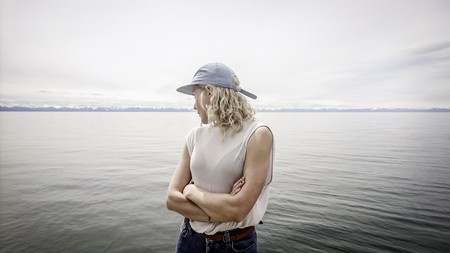 Of course, there was really no other choice for the name of her new album. With track titles like ‘Not That Kind (Moscow)’ and ‘Close Enough (Ulan Bator)’, Siberia is a collection of bittersweet electro-pop songs that are firmly rooted in the locations that inspired them.

During recording, Ester fully embraced the imperfections of making an album on a train and the limitations that came with it. ‘We never wanted to make anything that was perfect. This is far from perfection. You can hear the sound of the train on the song but that doesn’t really matter to us because we were looking for something else. 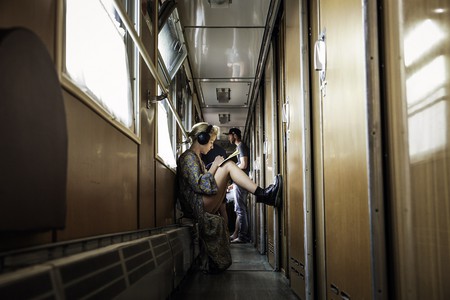 ‘We wanted to capture the feeling and capture something unique on the train. We had no reason to do any polishing on it.’

The experience taught the singer to trust her instincts and go with her first impressions rather than continuously revising something. ‘The main thing I learned was to simplify things when it comes to recording. In a studio we would get endless opportunities to do exactly what we wanted. Somehow I feel more free when I have limitations. I learned to break things down and to trust that first instinct when it comes to music.’

‘Siberia’ is released on April 7 via Sony Music Entertainment Sweden.