This Russian Fisherman's Deep Sea Instagram Is the Stuff of Nightmares 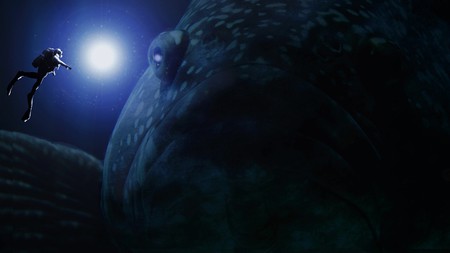 Roman Fedortsov is a fisherman from the port city of Murmansk in Russia. He continues a lineage of fishermen in his family – his grandfather was once in charge of the catch, while his father was a navigator. The only difference between them is that Roman captivates more than 200,000 Instagram followers with his images of underwater beasts. Here’s everything you need to know.

Roman used to work in the African region of the Atlantic Ocean, where he gathered a lot of pictures of mysterious sea creatures – thus came the idea to create an Instagram page. Now he has over 20,000 followers inspired by his finds from the deep sea.

Roman often gets asked whether it is scary or disgusting to pick up these sea creatures. His definitive answer is ‘No!’

The Beauty from the Sea Bottom. Красота со дна морского

Although some of them are frankly terrifying.

But most of these creatures don’t survive the change in pressure when they are brought up from the deep sea. So they pose no threat.

From the Dark Water. Photo by @trapman_bermagui

But even the most common fish can be caught on camera from an interesting angle.

‪The point is to choose the right perspective! Then ordinary fish will look like a monster. Главное-ракурс! Увидеть необычное в обычном!‬

One of the most memorable creatures he encountered was a frilled shark. “It was impressive to see the teeth of this ancient predator”, he comments.

Roman himself believes that his account is popular, because it tells a story of an ordinary sailor who comes in contact with such fantastic beasts.

Still, just make sure you don’t look at it for too long before you go to bed at night…