This Amazing Russian Photographer Captures Moscow's Magic in Every Season 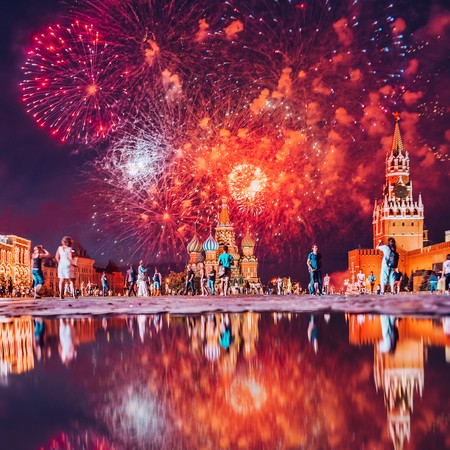 Fireworks in Moscow I © Kristina Makeeva

Born in Moscow, photographer Kristina Makeeva now travels the world creating exceptional colorful fairytale-like images. Although work often keeps her away from the capital, she continues to capture the most magical views of her home city. In a brief interview with The Culture Trip, Kristina shares her favorite places and must-do list for first-timers in Moscow. 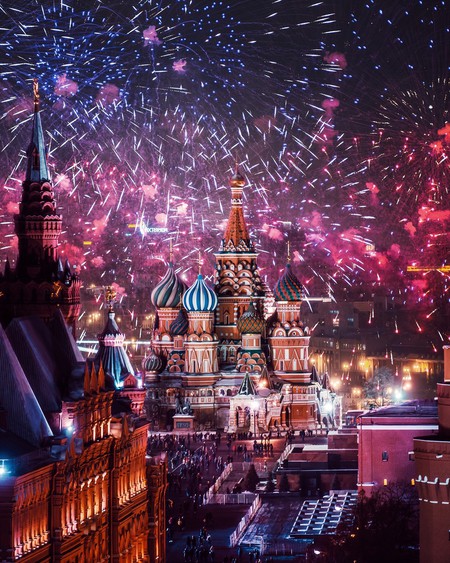 Fireworks on the Red Square

What’s your favourite neighbourhood in Moscow?

The most beautiful and magical place in Moscow is, of course, its heart, the Red Square. There is GUM decorated with thousands of warm glowing lamps, St. Basil’s Cathedral, the domes of which resemble ice cream cones so closely that you have to resist the urge to lick them. It’s here, on the Red Square, that you can find the most impressive festive ornaments and installations.

Which season is the best time to be in Moscow?

Moscow is huge, with lots of tarred streets, so in summer it often gets too hot and stuffy. People try to escape the heat in parks and shopping malls. Also summer is the roadworks season, which makes it harder to get around both on foot and in a car. 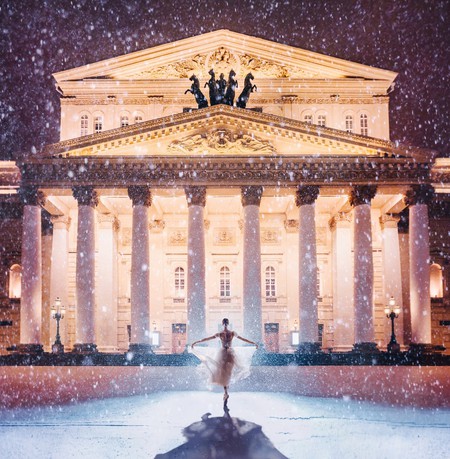 In winter there’s a lot of snow that hides the black asphalt, instead whimsically decorating the city’s monuments and buildings. With so many decorative lights as well as snowflakes gently floating down, Moscow turns into a truly magical place. I think that Christmas and the New Year holidays are the best time to visit Russia’s capital. 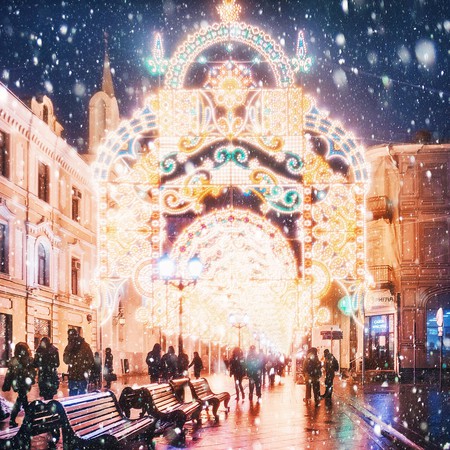 What parts of the city inspire you the most?

I love lamps and lightbulb garlands, that’s why I’m inspired by places with beautiful lighting. As for the architecture, to me the most spectacular architectural style in Moscow is from the period of Stalin’s Empire with its columns, exquisite statues and grand sense of scale. I particularly admire Moscow’s old metro stations and Bolshoi Theatre. 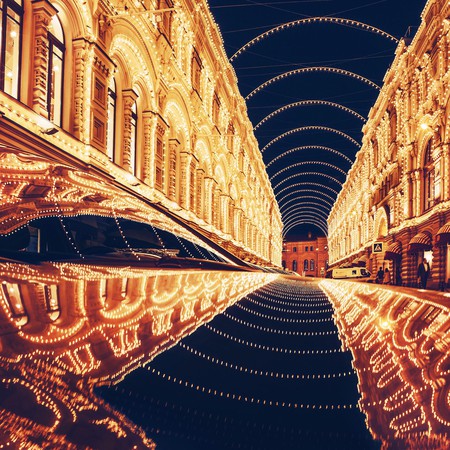 What are Moscow’s most photogenic sites? 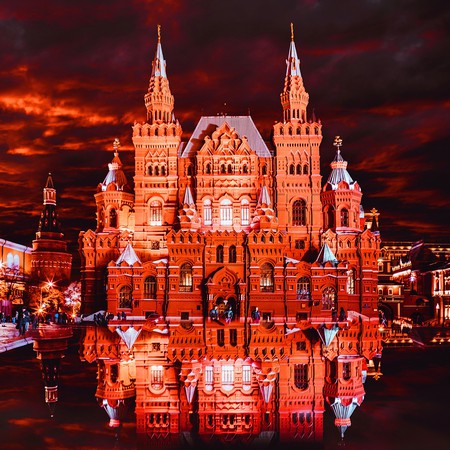 Is there a building in Moscow that appeals to you the most?

As you may guess from my architectural preferences, GUM, St. Basil’s Cathedral, Central House of Railwaymen Children, Komsomolskaya Metro Station, Kotelnicheskaya Embankment Building and Moscow Kievsky railway station draw my attention the most. 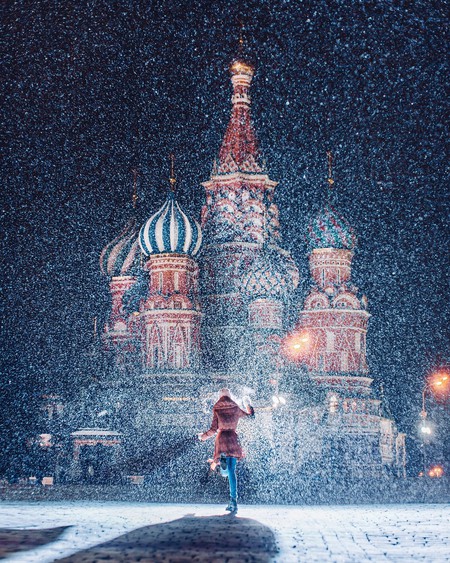 How does living in Moscow influence you creatively?

There’s a lot of work-related travel in my job, so Moscow is mostly for ‘play’, not for work. But when I used to spend more time here, there were more architecture and urban landscapes in my work. Moscow’s creative community was also a big influence, especially when collaborating on different projects. 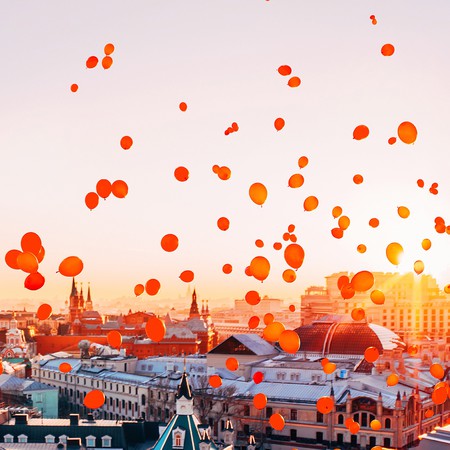 Your five must-dos for a first-timer in Moscow?

Basically all the visual stunners are located in the centre of Moscow, within the Sadovoe Ring, my list of must-dos includes the following: the Red Square, Chistoprudny boulevard, and three great walking routes – from Kuznetsky Most Street to Kamergersky pereulok, from Muzeon to Gorky park, and from Patriarchy Bridge to the Red October creative hub. 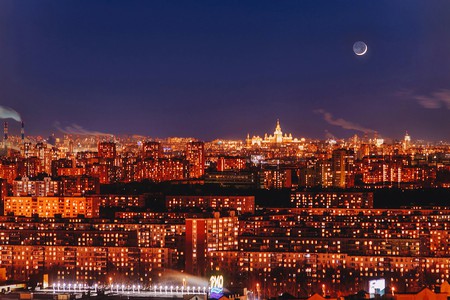 To see other works by the talented Kristina Makeeva, check out her Instagram @hobopeeba