The World Cup of Cyber Warfare

The world is at cyberwar. We look at the battle’s biggest players and the most notorious attacks in their playbook.

At the stroke of midnight on December 17, 2016, the power went out across Ukraine’s frozen capital.

For more than an hour, thousands of people in Kiev were left without heat or electricity. The city-wide blackout, almost exactly replicating an outage from the year before, wasn’t a power grid failure or a weather-related interruption, but the latest in a string of cyber assaults that have repeatedly targeted the country since 2015.

Reportedly carried out by Russia, then engaged in a physical war with Ukraine, the attacks targeted government systems from the finance ministry to the state treasury, deleting data, destroying computers, paralysing businesses and spreading fear and uncertainty across the country – the hallmarks of a new type of global combat known as cyberwar.

Today, more than 140 countries are developing their cyber arsenals. While the tactics, motivations and actions of these virtual armies are deeply guarded secrets, undeniable digital trails, formal accusations, leaks and hacks have shone a light on the world’s burgeoning online capabilities. These are the world’s biggest cyber players, a look into their digital arsenals and a glimpse at some of the most notorious attacks. 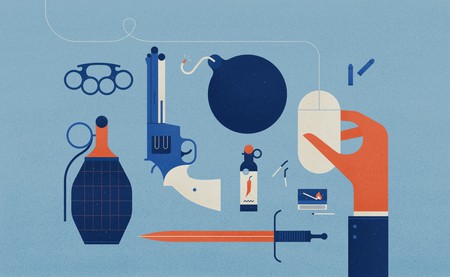 Known to have heavyweight cyber capabilities, Russia has been accused of hacking its way into top-secret government databases, stealing information to further its military objectives, spreading propaganda with an army of trolls and bots and digitally organising events that have led to real-world violence.

Among its most notorious attacks, Russia allegedly hacked the US State Department, White House and Democratic National Committee (DNC) in the run-up to the 2016 Presidential election – a move a DNC lawsuit called ‘a brazen attack on American democracy.’ The country has further been accused of targeting its neighbours in eastern Europe, including the use of cyber weapons to attack Georgia during the military incursion into the country in 2008. Its alleged campaign of attacks and blackouts in Ukraine have been interpreted by cyber security experts as a practice run for the country’s capacity to disrupt power grids in other enemy territories.

The United States has some of the most powerful cyber capabilities in the world, putting its resources to use with vast spying campaigns and offensive and defensive operations aimed at furthering its military and intelligence-gathering ambitions.

In 2007, the country set a precedent when, together with Israel, it reportedly launched a virus known as Stuxnet in Iran. One of the first widely known instances of a country launching a cyberattack during a political dispute, Stuxnet caused fast-spinning nuclear centrifuges to tear themselves apart – destroying close to a fifth of Iran’s nuclear arsenal and proving that digital attacks could inflict damage in the physical world.

The US has also been accused of hacking into Chinese mobile phone companies to collect text messages, spying on Tsinghua University, one of China’s biggest research institutions, and mining the China Education and Research Network (CERNET) for the internet data of millions of Chinese citizens.

America continues to step up its focus on virtual warfare, unifying the direction of its cyberspace operations under the United States Cyber Command department (USCYBERCOM) in 2009, and continually conducting open ‘cyber war games’ to test its resilience and offensive capacity.

Together with Russia and the US, China’s cyber capabilities are world-leading. While the majority of the country’s cyberattacks have targeted private companies in an effort to give China an economic edge, state-backed hackers have breached foreign defense networks to better understand states’ military capabilities, accelerate the modernisation of the People’s Liberation Army (PLA) and disrupt foreign military development.

Chinese hackers have allegedly used malicious attachments and links in emails to break into the systems of US defense contractors, stealing personnel data as well as plans for weaponry including the B-2 stealth bomber and F-22 jet, forcing a redesign and causing more than $100m in damages. In 2011, the country was accused of hacking RSA Security to steal information about the organisation’s two-factor authentication scheme, favored by the US government.

To further develop its capabilities, China created the unified Strategic Support Force in 2015, announcing its intentions to build up its digital arsenal. 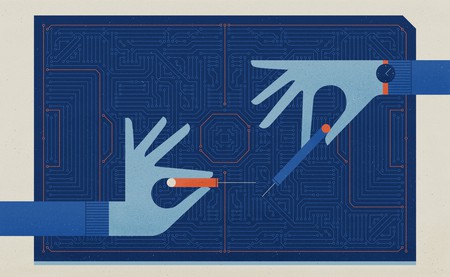 While Iran is widely perceived as lacking the cyber capabilities of China, Russia, and the United States, it has been accused of carrying out sophisticated, costly, and consequential attacks against the US, Israel and Persian Gulf countries.

In an alleged retaliation against the Stuxnet attack, Iran launched a series of denial-of-service attacks on US banks including Bank of America, Capital One, JPMorgan Chase and PNC Banks in 2011 and 2012. Thousands of customers were unable to access their accounts, resulting in the banks spending tens of millions of dollars to mitigate the attack.

Iran has also reportedly launched a virus against Aramco, Saudi Arabia’s national oil enterprise, resulting in the mass loss of data, attacked Israel’s internet infrastructure with daily assaults, caused a power outage in Turkey, and compromised the email accounts of around 90 members of the British Parliament.

Israel’s cyber capacity punches above its weight on the global scale. The country has funnelled talent and support into its highly specialised cyber-intelligence military operation, known as Unit 8200, recognised by experts as one of the most advanced of its kind.

The UK set up the National Cyber Security Centre in 2016 and has openly stated it has used its digital skills to conduct a ‘major offensive cyber-campaign’ against the Islamic State, support its allies in intelligence gathering and defend and perpetrate private and public sector hacks.

The country allegedly infiltrated an Al Qaeda website and replaced the instructions for making a pipe bomb with the recipe for making cupcakes, and along with its ally the US, has been accused of hacking Google and Yahoo to secretly collect data from hundreds of millions of users.

The country continues to bolster its digital capacity with open cyberwar gaming, and even hosts government-backed ‘hackathons’ to recruit talent.