Top 10 Things To Do And See In Nizhny Novgorod, Russia

Located about 400km east of Moscow, Nizhny Novgorod is one of the most important centers of cultural, economic, and political activity in European Russia. Widely considered, after St Petersburg and Moscow, to be Russia’s ‘third city’, Nizhny is fast becoming a hot-spot for Russian and global tourists alike, attracted by the city’s up-and-coming reputation and stunning landscape. 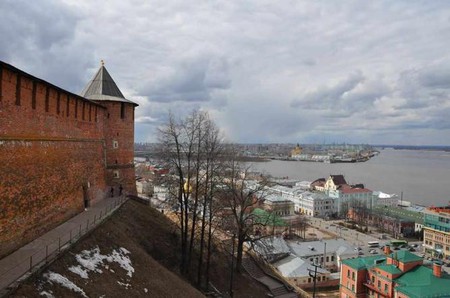 Jutting out from the cliffs that overlook the meeting point of the great Volga and Oka rivers, Nizhny Novgorod‘s ancient Kremlin boasts of some of the best views in the city. Designed by an Italian architect, the 13 magnificent towers and the 12 meter high walls of Nizhny’s Kremlin date back to 1500. On this very spot in 1612, heroes of Russian history Kuzma Minin and Count Dmitry Pozharsky defeated the invading Polish army in extraordinary circumstances. This moment has become legend in Russian history and a statue in honor of these two lies at the foot of St Basil’s in Moscow. The Kremlin is the historic center of the city where you will find an art museum and the lovely Cathedral of the Archangel Michael, as well as a striking monument to those that fought in the Second World War and its flame eternally flickering on in their memory. 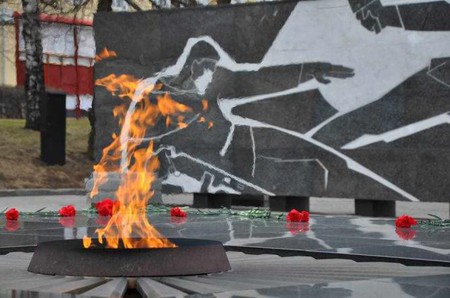 Ride on the cable car

Completed in 2012, taking a ride on Nizhny Novgorod’s cablecar has fast become a favorite activity of tourists. The trip offers unparalleled opportunities to view the city’s gorgeous natural landscape from this bird’s eye position. The 3660m long gondola lift connects Nizhny to the town of Bor and stretches across the Volga River for 900 panoramic meters. The gondola acts as both a convenient means of transportation and a fantastic sight-seeing expedition – come at sunset for a golden-bathed view of the river and surrounding landscape. 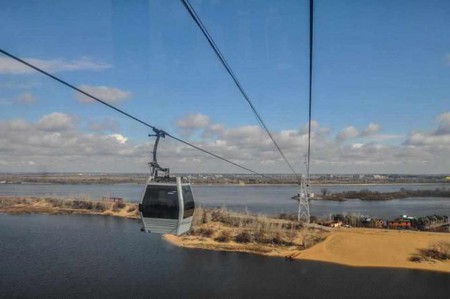 The house-museum of Maxim Gorky

During the Soviet era, Nizhny Novgorod, birthplace of celebrated Russian writer Maxim Gorky, was renamed ‘Gorky’ in honor of this national hero. This home has been preserved in a state as accurate as possible to how it was left by Gorky and is so successful in this that it would seem as though the writer still lived there. The museum‘s historic interiors and authentic furnishings will transport you back to the 1900s and the creative world of this icon of Russian literature. Come and make the most of this unique experience to delve into the childhood world of this Russian father of social realism. Museum booklets and guided tours are available in English.

A yarmarka is something akin to a fair, and this historic former market place was restored in 1991, the site now playing home to a superb modern exhibition center. The city’s yarmarka plays host to international events, fairs, and conventions. In 2011, for the 20 year anniversary of the fair’s refounding, a vast array of exhibitions were organized, attended by thousands including members of the British royal family, Vladimir Putin, Mikhail Gorbachev, and Margaret Thatcher. The fair is not only a buzzing center of business and culture, it is also one of the city’s most impressive sights. 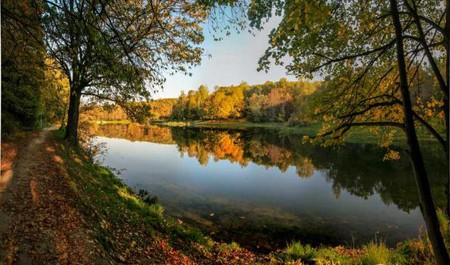 Located inside Nizhny Novgorod’s ancient Kremlin, the building that houses this art gallery was once the home of the governor of the city. The exhibits are wide-ranging and include everything from 14th century religious icons, to work by 20th century contemporary Russian masters. Particularly dazzling is the collection by Russian painter Nicholas Roerich. There is also a large arts and crafts collection which demonstrates the exquisite handiwork of Russian artisans throughout history.

An excellent spot to soak up the best of the city’s atmosphere, this pedestrian street lies in the heart of Nizhny Novgorod. The beautiful Bolshaya Pokrovskaya Street is constantly buzzing and provides new and exciting sights at every turn. Gorgeous buildings and fountains tower on all sides – showcasing the best of Nizhny’s architecture. Quirky shop fronts and lovely local souvenirs will have you pausing at every window while the charming cafés will draw you in with their tempting aromas. Bolshaya Pokrovskaya Street transforms by night into a vibrant hub of evening activity and is the place to come for a night-out in the city. The bars of this street are favorites with Nizhny Novgorod’s student population.

An idyllic spot from which to watch the sun’s rays set over the city, this monumental creation was constructed by the Soviet government and is unique to the city of Nizhny Novgorod. The staircase derives its name from pilot Valery Chkalov who, in 1937, became the first man to fly from Moscow to Vancouver through the North Pole. A monument to Chkalov stands at the top of the stairs. The construction of the staircase cost almost 8 million rubles – an immense sum at the time. Over 1,500 stairs connect the city center with the river embankment – making Chkalov’s landmark the longest flight of stairs along the Volga. Nowadays the staircase is a favorite meeting place and relaxation spot for locals. 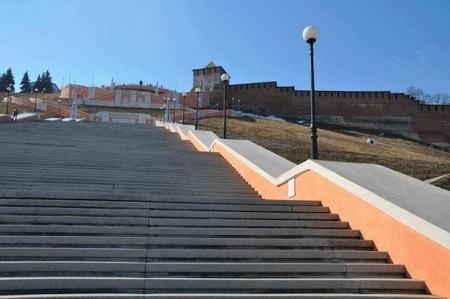 The Chkalov Staircase in Nizhny Novgorod | Courtesy of Nathaniel Hunt

The Rukavishnikovs were a family of immensely wealthy merchants originating from the region around Nizhny Novgorod. This superbly restored palace, their former home, has been transformed into a museum of Russian history and gives a realistic snap-shot of life for the wealthy under tsarist rule. The ornate 19th century interiors and exquisite facade are sure to dazzle with their beauty while the lush green of the surrounding natural landscape provides a tranquil getaway from the city center. Lavish furnishings, priceless antiques, and glistening gold will transport you back in time to a world of balls, carriages, banquets, and tsars. Join the world of Russian noble ladies and gentlemen for a day in this stunning palace. 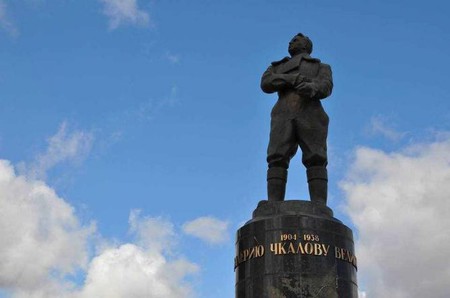 Nizhny Novgorod’s Sakharov Museum is dedicated to dissident Russian scientist Andrei Sakharov. The nuclear physicist and human rights activist was exiled for six years to the very flat in which the museum is now housed. Sakharov’s support for civil reform and improved human rights in the Soviet Union earned him harsh persecution from the Russian government, but also, in 1975, a Nobel Peace Prize. Sakharov was incarcerated here until 1986 when a KGB officer arrived to install a phone in the flat. Just after the phone was installed it began to ring: the caller was Mikhail Gorbachev, ringing Sakharov to inform him of his release. This phone is now one of the museum’s most treasured artifacts. 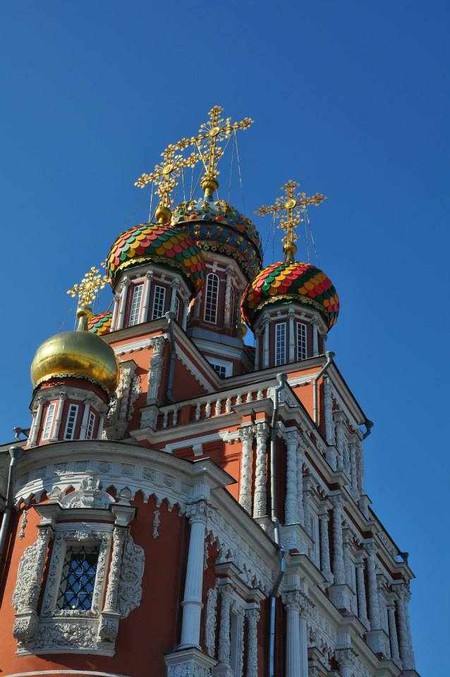 The stunning architecture of Nizhny Novgorod | Courtesy of Nathaniel Hunt

The National Centre of Contemporary Art

Inside the walls of Nizhny’s Kremlin can also be found one of the best modern art galleries in Russia. Linked to galleries in both St Petersburg and Moscow, this top-ranking exhibition center houses regularly changing displays of both Russian and international art as well as interactive exhibits and a media library. Progress is also on-going of adding a concert hall, extending the exhibition areas, and creating a restaurant. These additions aim to make art contemporary, not simply a detached, unrelatable concept, but bring it closer to the Russian people.