The Opera of the Future: Mariinsky Theatre Second Stage

Taking its place as one of the biggest theatres in the world, Mariinsky Theatre Second Stage opened its doors on 2 May 2013. Over a decade since the initial discussions of its construction, the new theatre has been a vexed topic in Russia that has inspired much debate and even public protests. We look at the history of the Mariinsky Theatre in Saint Petersburg and the architecture of this new world stage.

The History of the Mariinsky Theatre

One of the most famous theatres in the world, the Mariinsky Theatre held one of the largest stages the globe had ever seen when it was constructed in 1860. Originally a circus before being destroyed by a fire, the reconstructed venue was named after the Empress Maria Alexandrovna and moved its focus onto musical productions, namely opera and ballet. From its opening onwards, the Mariinsky became a pivotal space in the development of Russia’s performance culture. With its grand aesthetics, the theatre saw the premiers of many of the ballets and operas that have become international classics: Tchaikovsky’s The Nutcracker, Musorgsky’s Boris Godunov and Rimsky-Korsakov’s The Maid of Pskov are just a few on the long list. Still an icon today, the Mariinsky attracts the greatest performers and musicians from around the world.

The Story of the Second Stage 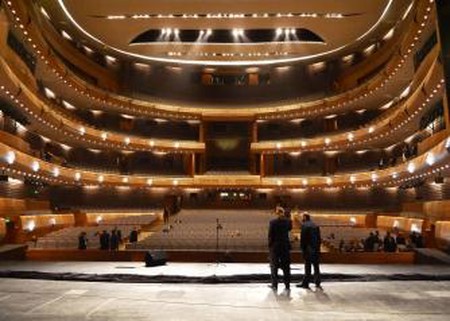 Near the start of the new millennia talks of building Mariinsky’s second stage had begun with the aim to create a new venue that would link the incredible history of the original theatre with today’s cutting edge technology and design. Winning the international contest, French architect Dominique Perrault’s design was chosen in 2003, however this was later dropped because of technical issues and costs. After much tension over the future of the building, Canadian architectural firm Diamond and Schmitt Architects took over the project, proposing a simpler exterior so that more focus could be placed on internal innovations. This decision was greeted with mixed opinions, with the theatre’s artistic director Valery Gergiev being in favour of this new design, while other renowned architects criticising its simplicity. After much controversy, the new theatre was opened on 2 May 2013 with guests such as Russian president Vladimir Putin attending the grand gala. 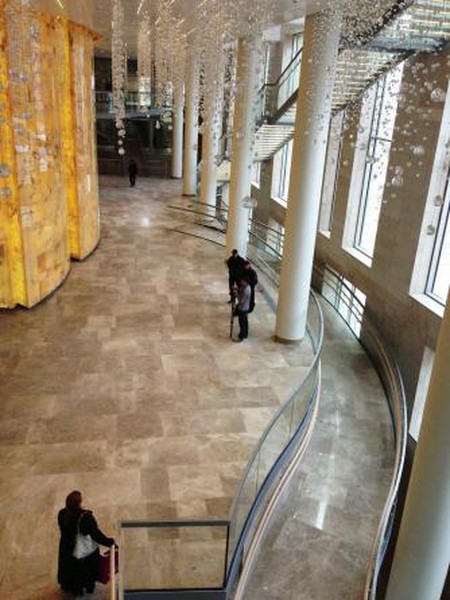 Described by Diamond and Schmitt Architects as ‘a contemporary expression of the existing historic urban form’, the Mariinsky II’s dimensions are parallel with its older neighbour, while the visible materials in its exterior highlight its modern influences. Wide panoramic windows allow natural light to flood the stunning foyers and lobbies, and also provide breathtaking views of the original Mariinsky theatre and Saint Petersburg from within. Focusing on the complete experience of going to see a show, the sophisticated interior spaces were designed to encourage conversation and interaction amongst audience members. The open rooftop is another addition that centres on this idea, allowing visitors to enjoy live music and events, or simply to gaze at the still sky above after seeing a show. The true pride, however, of this new theatre is its state of the art acoustics and stage equipment. These will allow the main stage to display timeless masterpieces in the best possible setting, and with a 2000 person capacity, the Mariinsky II hopes to captivate a wider audience through the arts of ballet and opera.

The opening of the Mariinsky Theatre Second Stage has once again drawn the world’s attention to Russian opera and ballet. Recently erected but with centuries of history behind it, the potential of this venue is limitless. Just as we now remember the original Mariinsky as the birth places of so many classics, perhaps the Mariinsky II will be the arena for the operas and ballets of the future.

Please click here to watch the inauguration of the Mariinsky II.

In addition, watch this video about the Mariinsky Second Stage below: