The Most Impressive Landmarks in St Petersburg 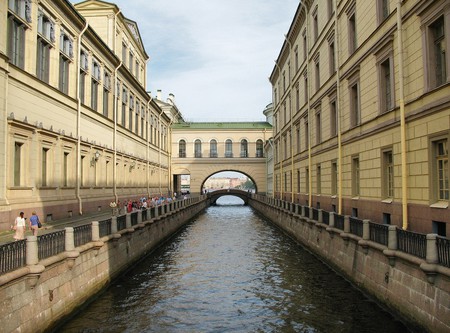 The Winter Canal at the Winter Palace | © alexxx-malev/Flickr

When St Petersburg served as the capital of the Russian Empire, the Imperial family always had ambitious plans for building palaces, parks and places of worship that would outdo the ones built before. Some landmarks outshine their contemporaries until this day and attract many visitors who admire them and their former glory. 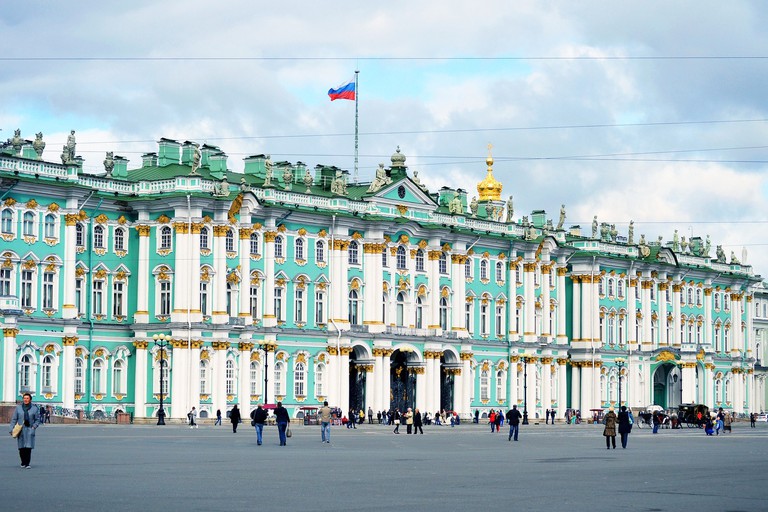 Facade of the Winter Palace | © quinntheislander / Pixabay
It would be hard to single out one landmark that truly represents St Petersburg, since there are so many, but perhaps the Winter Palace stands out as one of the most visited landmarks in the city. The museum stretches down the embankment and counts four buildings, comprising the Hermitage complex. It is the largest museum in St Petersburg and in the country, but it is also admired for its beautiful exterior.
Open In Google Maps
2 Palace Square , St Petersburg , Russia
+78127109079
Give us feedback 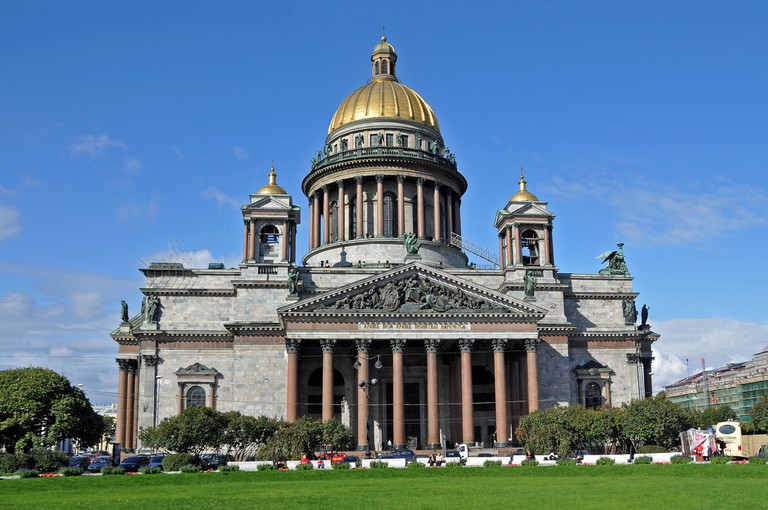 St Isaac's Cathedral | © archer10/Flickr
St Isaac’s Cathedral is one of the largest cathedrals in the world and an impressive landmark to see in real life. The construction of the cathedral took 40 years under the direction of architect Auguste de Montferrand. Innovative technology was used to erect the walls and massive columns and many workers slaved over every meticulous detail of the interior. The cathedral is still active today and is used for prayer and services. It is, of course, open to visitors and the colonnade of St Isaac’s is a great spot to get a panoramic view of St Petersburg.
Open In Google Maps
4 Saint Isaac's Square, Sankt-Peterburg, 190000, Russia
+78123159732
Visit Website
Give us feedback 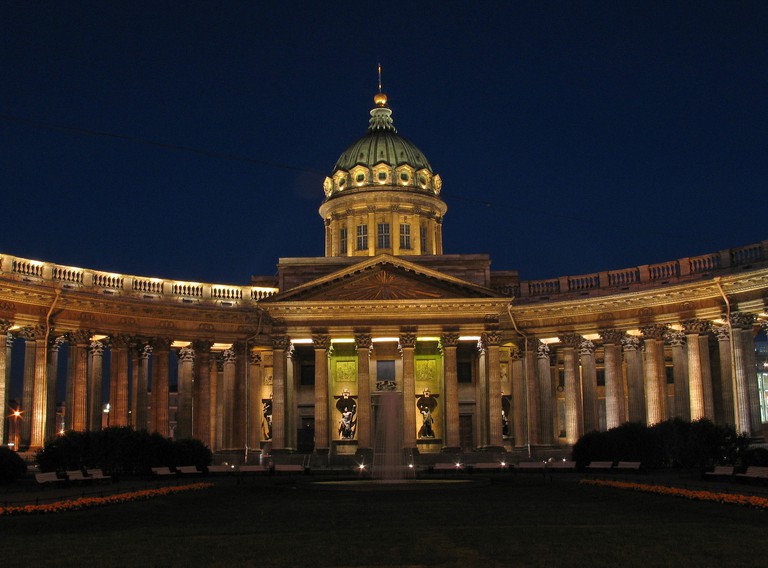 Kazan Cathedral | © Polyrus/Flickr
The construction of the Kazan Cathedral began at the start of the 19th century. The inspiration for the design came from the St Peter’s Basilica in Rome and, when first planned, the cathedral was intended to become Russia’s main Orthodox Church. Its purpose changed due to Russia’s victory over Napoleon in 1812 and the cathedral became a monument to that victory and the Field Marshall who lead Russia into battle, Mikhail Kutuzov, who is buried inside the church.
Open In Google Maps
2 Kazanskaya ploshchad, Tsentralnyy rayon Sankt-Peterburg, 191186, Russia
+79819300801
Visit Website
Give us feedback 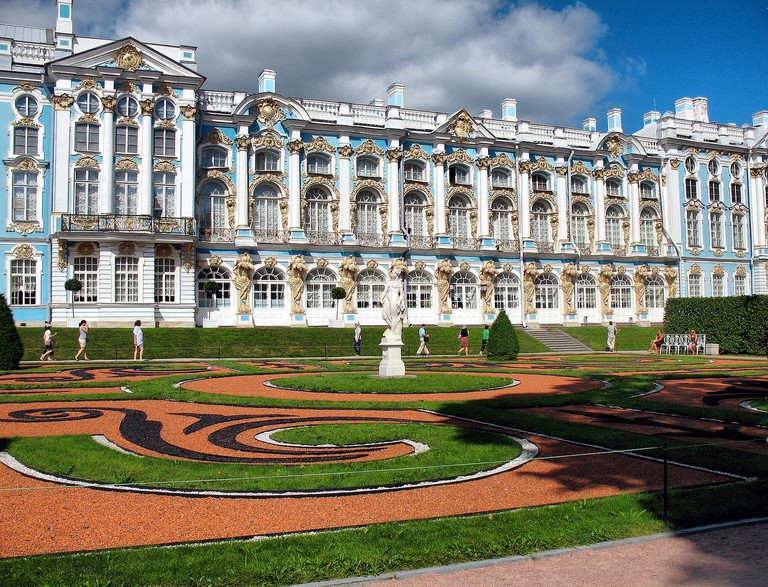 Catherine Palace | © alexxx-malev / Flickr
The Catherine Palace was used as a summer residence for the Imperial family starting in the late 18th century. It was first commissioned by the wife of Peter the Great, but was later expanded by her daughter Elizabeth. Some say the light blue color of the façade was chosen especially by Elizabeth, as it reminded her of her mother’s eyes. The palace has a total of 52 rooms, 29 of them restored, yet one in particular is especially famous. The Amber Room, a gift from King Friedrich Wilhelm I of Prussia, was a room decorated from top to bottom in amber. The room disappeared during World War II and has since been restored, but the location of the original room remains a mystery.
Open In Google Maps
7 Sadovaya Street, Pushkin, St Petersburg region, Russia
+78124666669
Visit Website
Give us feedback

The Bronze Horseman monument was commissioned by the empress Catherine the Great to commemorate the founder of the city, Peter the Great. The Emperor is sculpted sitting on a horse, mounted on a large piece of granite called The Thunder Stone. The Thunder Stone was meant to represent the difficulties Peter the Great had to overcome when building the empire. The legend states that this piece of granite was split by lightning and was the largest stone ever moved by humans. 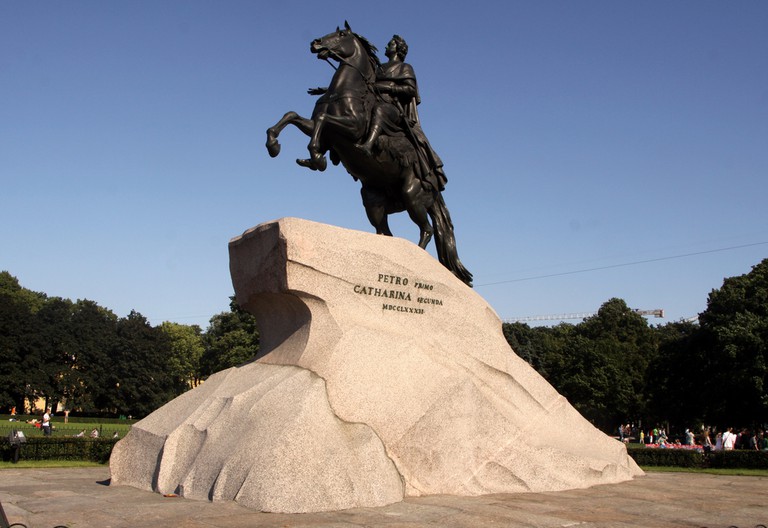 Church of the Savior on Spilled Blood

The Church of the Savior on Spilled Blood lives up to its name, as it was built on the site of a murder. One of the most forward-thinking emperors, Alexander II, was killed by terrorist in the place where the church stands today. The church differs from other monuments in St Petersburg. It was meant to echo the Medieval architecture of Russia, intentionally resembling St Basil’s Cathedral in Moscow. The exterior of the church is covered in over 7000 plates of mosaic. The church is not operational anymore but remains an important St Petersburg landmark. 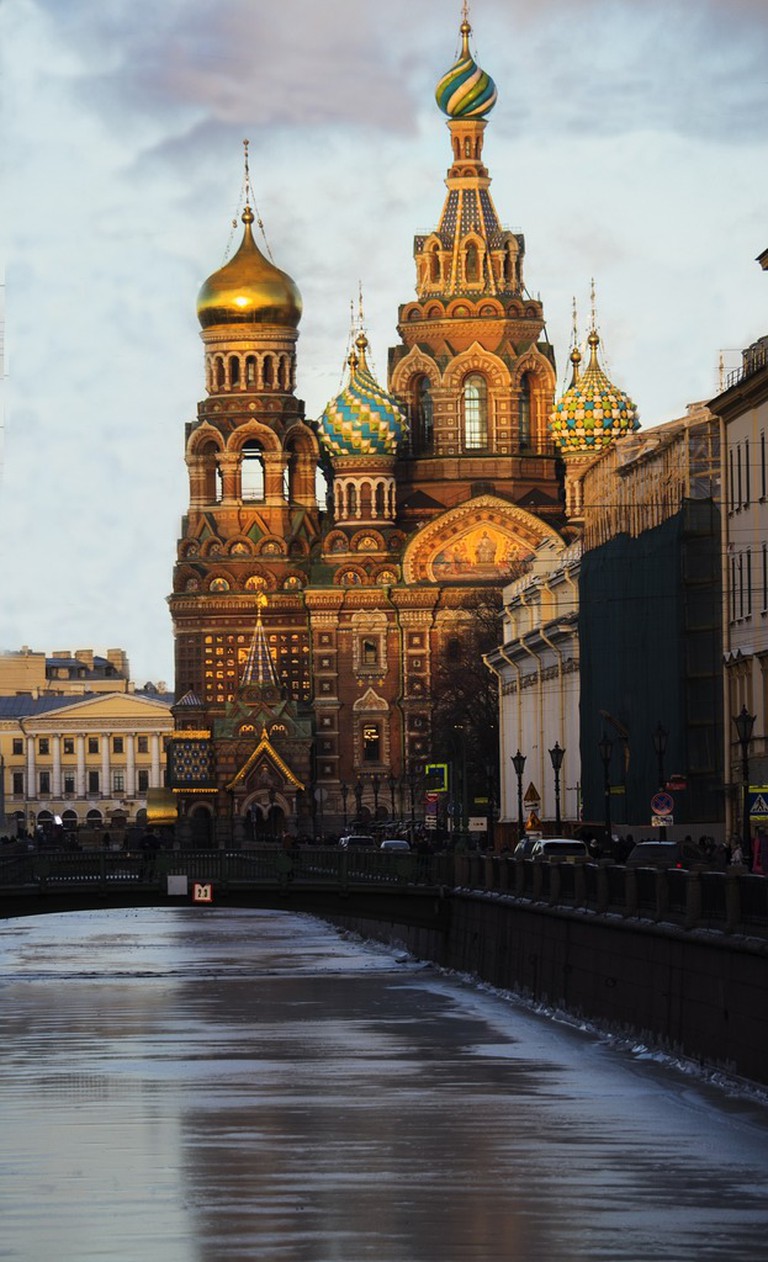 View from the Griboedov Canal | Pixabay 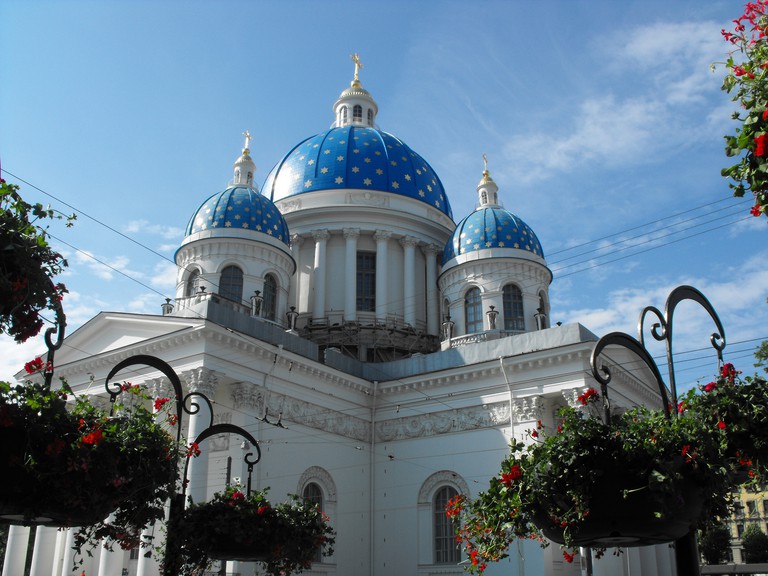 The Trinity Cathedral | | 106447493@N05/Flickr
The Trinity Cathedral was constructed in the 19th century to commemorate the victory of Russia in the Russian-Turkish War of 1877–1878. The cathedral rises to a height of more than 80 meters (262 feet), making it one of the tallest buildings in the area. The cathedral had quite an unfortunate fate. It was looted after the Revolution and was later closed completely. Later, in 2006, when it had already undergone restoration, a fire broke out causing severe damages to the interior. Now the cathedral has been restored once again and is open to visitors.
Open In Google Maps
7А Izmaylovskiy Prospekt, Sankt-Peterburg, 190005, Russia
+78122460715
Visit Website
Give us feedback
Give us feedback