The Most Historically Significant Buildings in St Petersburg

The Neva river at dusk I © epicantus/Pixabay

Compared to other cities in Russia, St Petersburg has a relatively short history of just over 300 years since its establishment in 1703. Since then it has served as the Empire’s capital, housed the royal family, witnessed three revolutions and survived an 870-day siege in World War II. Quite literally every building has played a role in history – here are some of the most significant.

Built in the same year as St Petersburg was established, the Peter and Paul Fortress served as the city’s citadel in 1703. The fort was intended to be the stronghold during the Northern War with Sweden, but in truth never fulfilled its military purpose. It later became a prison for high-ranking political prisoners: heir to the throne Tsarevich Alexei, writer Fyodor Dostoevsky or revolutionary Leon Trotsky to name a few. Inside the fortress there is also the Peter and Paul Cathedral, which is now the burial place of Russian tsars starting from Peter the Great, founder of the city. 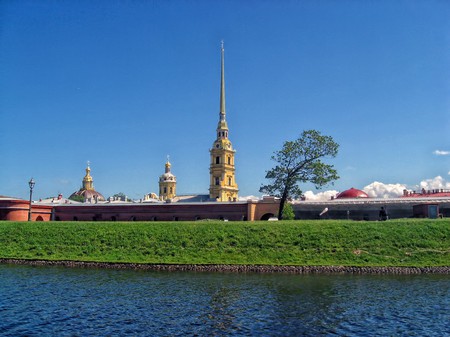 Cabin of Peter the Great

This small wooden house may seem like nothing much at first sight, but it was actually the first royal palace of St Petersburg, built for Peter the Great. The whole design is very modest inside and out and has elements of traditional country houses of peasants. Even the name in Russian used for cabin, ‘domik‘ (translated as ‘little house’), reflects how small and humble this building is. Perhaps because of its unappealing look or because there are more impressive palaces in St Petersburg, this cabin doesn’t receive a lot of attention. Yet, historically it remains the first imperial residence, from where the Tsar oversaw the construction of the city. 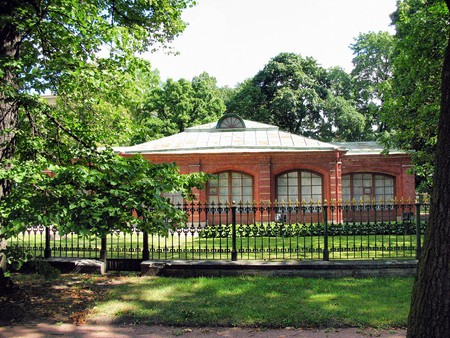 Cabin of Peter the Great | © alexxx-malev/Flickr

The monumental complex of buildings served as the imperial family’s official residence from 1732 until the revolution and fall of monarchy in 1917. After the abdication of the last Emperor, the Winter Palace for a short time served as the base of the Provisional government. Briefly after, in 1917, it was stormed and looted by the Bolsheviks, thus finally ending 300 years of imperial rule. The building now has been turned into a museum, referred to as a Hermitage, housing over 3 million works of art from around the world. 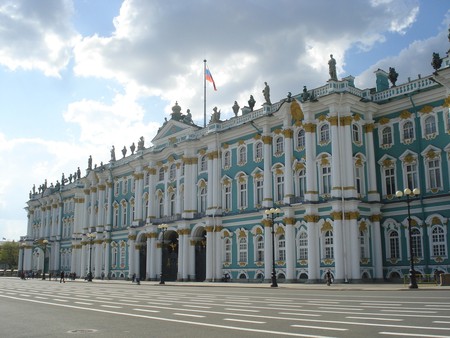 Church of the Saviour on Spilled Blood

The name speaks for itself, the church is indeed built on spilled blood – namely, that of one of Russia’s most progressive Emperors, Alexander II, who among many other reforms, emancipated the serfs and ended slavery in Russia. There were many attempts on his life, but every time he managed to miraculously escape death. Yet in 1881, the terrorist organisation Narodnaya Volya (People’s Freedom) bombed the carriage of the Emperor, fatally wounding him. The church was erected in the place of his murder. 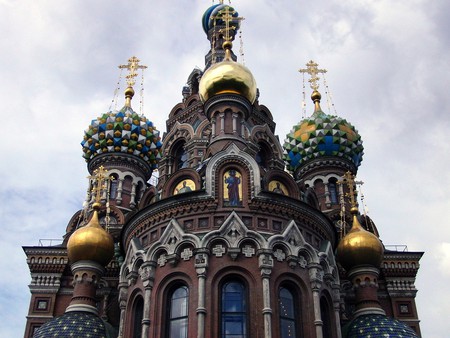 The name of the Yusupov family is legendary in Russian history. They were a well-known noble family, whose wealth was rumoured to exceed that of even the royal family. Among their many properties, the palace on the Moika River was one of their primary residences in St Petersburg. Although it is certainly admired for its lavish and exquisite interiors, the palace was also the scene of a political murder at the start of the 20th century – the assassination of Grigrori Rasputin. He was a mystic healer, who befriended the royal family and influenced decisions that many others did not agree with. The events of the murder are still uncertain, some venture to speculate that even the British Secret Service was involved in the murder. What is certain though is that Rasputin was murdered inside the walls of the palace and his body dragged across the embankment and disposed of in the Moika river.

This mansion used to belong to prima ballerina Mathilde Kschessinska, whose undeniable dancing talent and several affairs with members of the royal family earned her fame and wealth. It would seem that her home, although beautiful, may not be as historically significant. Yet its true role in history was revealed in the 20th century, after the revolution of 1917. It was seized by the Bolshevik government and after Lenin returned from exile in Finland, he used to work in this house. Crowds gathered outside, listening to Lenin deliver many famous speeches from the balcony of the mansion. As a result, the mansion has now been turned to a museum of political history.

This is a slightly overlooked landmark as it is located off the tourist track and may seem not as impressive compared to the many palaces and museums of St Petersburg. Nonetheless, the Smolny Institute has played its part throughout the history of the city. When it first opened at the end of the 19th century it became a women’s college, making it Russia’s first educational establishments for women. Two centuries later, following the October Revolution in 1917, the Institute became the seat of the Bolshevik government. After the end of the Soviet era and until today, the building has been the working seat of the government. Since the building remains an operational government, access to the museum is only available with advance booking, but well worth it to see Lenin’s living quarters and office, as well as the assembly hall where the victory of the revolution was proclaimed. 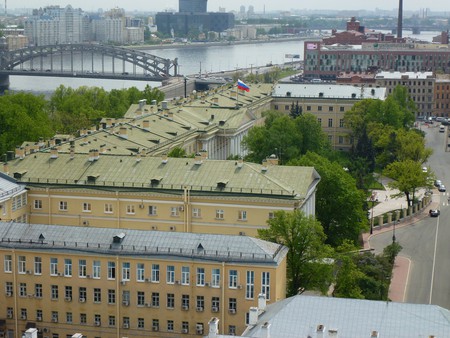 Smolny Institute | © inyucho/Flickr
Give us feedback