The Most Haunted Places in St Petersburg 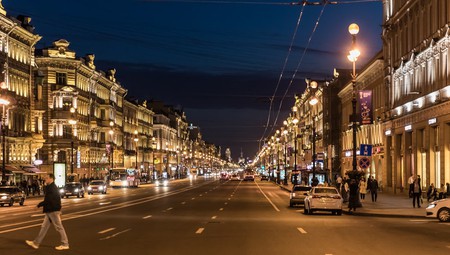 With just over 300 years of history, Russia’s former capital, St Petersburg, is not short of ghosts. A city that has witnessed regime changes, palace coups and a few brutal rulers is now haunted by some restless spirits of its past. Here are the most haunted places in St Petersburg.

The Mikhailovsky Castle is well known for two reasons: Firstly, it is St Petersburg’s only castle, and secondly, it is the home of the city’s most famous ghost, tsar Pavel I. The building of the castle was his initiative, and after it was completed, it became his refuge. Pavel was murdered by a drunken mob of soldiers who were only supposed to arrest him so that his son could take the throne. His life was also brimming with auspiciousness: he ruled exactly four years, four months and four days, and he lived in his castle for only 40 days. According to legend, there is a particular window in the castle, where he can be seen playing the violin, his favourite instrument. 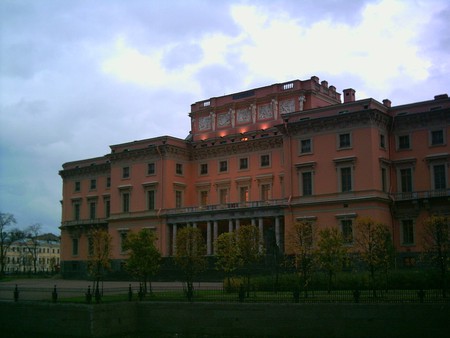 Located inside a typical eighteenth century building, the Rotonda doesn’t often catch the eye of a passerby. It is said that back in the day, it was a meeting point for the secretive Freemasonry. During the 1970s and 80s the circular hall of the building became a gathering place for all sorts of musical groups and subcultures. The walls became covered with graffiti and it was believed that if you wrote a wish on the wall, it would come true. It is dangerous to come here at night though. It is known locally that if a person goes down to the basement alone, they will come out a few years older or lose their mind completely.

Obvodny Canal is the longest artificial canal in St Petersburg that used to serve as the southern boundary of the city. Despite not being very deep, it has been the location of many suicide attempts, most of them successful. Those who’ve been saved have said that they didn’t mean to commit suicide. They just felt an overwhelming force to jump in. Some say it comes from the restless souls in the canal craving company. If you do decide to visit, don’t stand too close to the water. 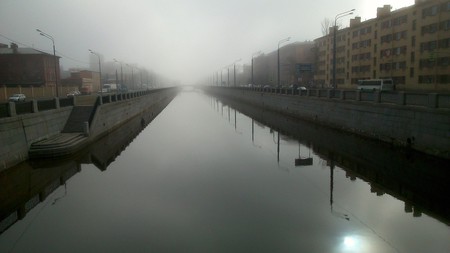 No man in Russian history is surrounded with more mystery than Grigory Rasputin. It is still uncertain whether he actually had healing powers or perhaps a hypnotic attraction that got him so close to the royal family. Yet his death is just as famous as his life. He was poisoned, shot and drowned, and still, he refused to die. No wonder his spirit still haunts his St Petersburg apartment, which was converted into a museum. It is said that his spirit still wanders the halls, startling visitors with his quiet muttering and footsteps on squeaky old floorboards.

It is symbolic that the spirit of Peter the Great remained in St Petersburg. The city was his creation, the centre of the Russian Empire that he built during his rule. His spirit can be seen around the city, but most often he is spotted near The Bronze Horseman, a monument dedicated to him. During the day, the statue attracts many visitors unsuspecting of its magic. If you visit at night, approach this place with caution as you might see a very tall, dark figure wandering about. 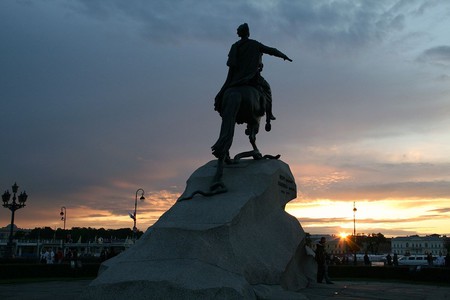 The Bronze Horseman during the White Nights | © Luu / Wikimedia Commons

A mischievous ghost haunts the embankments of the Griboedov Canal. A female ghost in a long dress can be seen here, the spirit of Sophia Perovskaya. The young woman was a member of a revolutionary organisation called ‘Narodnaya Volya’, a terrorist group that murdered tsar Alexander II on the embankment of the Griboedov Canal. The place of tsar Akexander II’s death is now marked by the Church of the Saviour on Spilled Blood. All members of the terrorist group were caught, brought to trial and sentenced to death by hanging. Sophia’s spirit can be seen waving a white handkerchief, just like she did on the day of the assassination to signal the approach of the tsar’s carriage. Anyone unlucky enough to see her falls straight into the canal.

The Peter and Paul Fortress was in the heart of St Petersburg when the city was first under construction. It was the location of the first mint, the first fortifications and also the first prison. This dungeon was used until the 1917 revolution for political prisoners. Many died under torture and others were executed on the grounds. Among them were the five Decembrists, who were executed for an attempt to take down the emperor and the son of Peter the Great, who was also tried and found guilty of treason. The son, Alexei Petrovich Romanov, was sentenced to death and died in the Peter and Paul Fortress as well.

Among the saddest spirits is princess Tarakanova, who once made claims to the Russian throne. She died in her cell, drowning during one of St Petersburg floods. 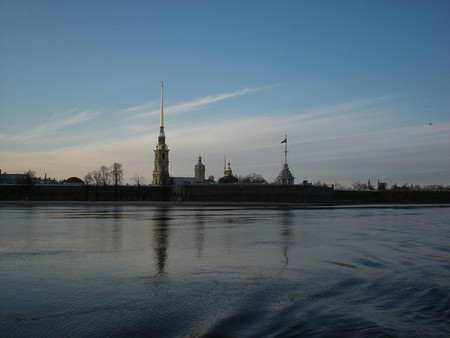