The Cinematic Influence of Andrei Tarkovsky 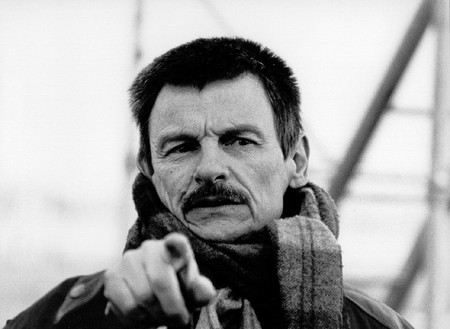 Born in 1932, Andrei Tarkovsky was a Russian filmmaker whose influence on cinema can still be felt today. Known for their poetic style and distinctively long takes, Tarkovsky’s films explore themes that have struck accord with Russian and international audiences alike.

As an artist who lived and worked in wartime Russia in the 20th century, Andrei Tarkovsky established himself as one of the greatest masters of cinema and arguably the most famous and influential Russian filmmaker of all time. During his career, in which he only made seven feature films, his work presented the difficulties of living in a warring Soviet Union, along with the struggles of survival under the constant threat of nuclear war and international politics. He directed his first five films in the Soviet Union, while his last two were produced in Italy and Sweden.

His distinctive style – which by many is characterized by spiritual and metaphysical themes, as well as his strikingly long takes – stuns the viewer with a poetry full of emotion, beautiful visuals and dialogue. There is no doubt that his work has been influenced by his much loved poet father Arseny Alexandrovich Tarkovsky and the artistic surroundings that such an upbringing includes. His father would later leave the family to join the war. This was a tragic event for Tarkovsky, which affected him hugely. After this, he then evacuated from Yuryevets to Moscow with his sister and mother, where his mother worked as a proofreader at a printing press. Tarkovsky’s mother wanted her son to be educated in the fields of art and music, to which he responded positively by showing an interest in literature, especially poetry.

Further evidence that Tarkovsky was hugely influenced by his artistic upbringing can be seen in his 1979 science fiction film Stalker, as he recites one of his father’s poems. Like his earlier Solaris, Stalker was adapted from a novel: Roadside Picnic by brothers Boris and Arkady Strugatsky. The film follows three men – the scientist, the writer and the stalker – as they travel through a mysterious and forbidden territory called “The Zone”.

Zerkalo (Mirror), Tarkovsky’s 1974 personal meditation about his childhood, again incorporates his father’s poetry within the self-reflexive tone and poetic visual style of the film. With hallucinatory images and dreamlike mood, Mirror is arguably one of his finest, most complex and intensely personal works. Made in the tradition of Resnais and Bergman, elements of what has influenced him throughout his directing career become apparent in this poetic masterpiece. Due to its overtly experimental nature, it was rejected by the head of the studio and not allowed to play at the Cannes Film Festival. Although suffering under a limited release, the film was still praised by international audiences.

Earlier in his career, however, in 1965, Tarkovsky directed one of his most ambitious films, Andrei Rublev. Through this project Tarkovsky wanted to portray this great 15th century Russian painter as an internationally significant figure. At first the film was conceived as biographical but later went far beyond this genre. He used the painter’s life and religious struggles as a way to reflect Christianity as a statement of Russia’s historic identity. The film explores cultural aspects of 15th century Russia, and takes a look at the portrayal of artistic freedom in the face of authority. The film also presents the idea that harmony is born from disharmony; we can see this in the final scene of the film, where after a monochrome and almost hopeless reality, the sun comes up; implying that light has emerged from darkness. Once again, Tarkovsky’s film caused controversy and was banned in the Soviet Union due to its overtly religious themes. However, it later played at the Cannes Film Festival and won the international film critic award.

When he attended The State Institute of Cinematography in 1954, Tarkovsky discovered his artistic passion for film and found himself consumed with films from all over the world, including French New Wave and Italian Neorealist, as well as discovering his favorite filmmakers Akira Kurosawa, Luis Bunuel, Robert Bresson, Ingmar Bergman and Alain Resnais. Roles reversed, Bergman later described Tarkovsky as ‘the greatest [director], the one who invented a new language, true to the nature of film, as it captures life as a reflection, life as a dream.’

Since his first feature film, Ivan’s Childhood in 1962, Tarkovsky has been a phenomenon among filmmakers. Best known for his long takes and soul-searching themes, his influence on modern-day cinema cannot be denied. This can be seen in the work of contemporary filmmakers such as Andrei Zvyagintsev, (winner of the 2003 Venice Film Festival) whose work has often been compared to Tarkovsky’s. 17 years after his death, Tarkovsky is considered to be one of the greatest filmmakers ever, both in Russia and around the world. In the master’s words himself: