The Most Amazing Parks in St Petersburg

St Petersburg’s parks are an irreplaceable part of life in Russia’s Northern Capital, with their unique histories, peculiarities, their own style and atmosphere. This little guide will help you choose the best ones for you.

The Botanical Garden of Peter the Great

The huge area of the Botanical Garden of Peter the Great, which is conveniently located among the gray concrete structures of the city, is used in research activities. It is an excellent representative example of vegetation from all corners of Russia and the world. There is a huge green area of the park with lots of walking tracks, as well as countless greenhouses, libraries and nurseries, that will allow you to relax whilst you spend a few delightful hours exploring the park.

The Summer Garden was established in 1704 and is one of the most captivating places of culture and leisure in St Petersburg. This 12 hectare area, broken with a strict geometric layout of alleys, is situated along the embankment of the Neva river. There are a huge number of monuments of architecture, art pieces and fountains in the park, as well as plenty of paths and alleys which allow you to spend the whole day outdoors. During cultural events the Summer Garden can accommodate a few thousands of people. Inside the garden there is the preserved original 18th century Summer Palace, Coffee House and a Tea House, built during the reign of Peter the Great.

Mikhailovsky Garden is part of the cultural heritage of St Petersburg, preserved since the middle of the 18th century. It is located next to Mikhailovsky Castle, the Church of the Savior on Spilled Blood, the Russian Museum, and the Field of Mars. The garden was first laid out in 1713 and since then remodelled many times. Since late 18th century it has been included in the estate of the Mikhailovsky Palace and has transformed into a landscape garden with winding paths and a pond. On the banks of the River Moika there is a pier pavilion with a colonnade and granite steps leading down to the water. From the Griboyedov Kanal, the park features a fenced grid, constructed by architect Alfred Parland, the author of the Church of the Savior on Spilled Blood. 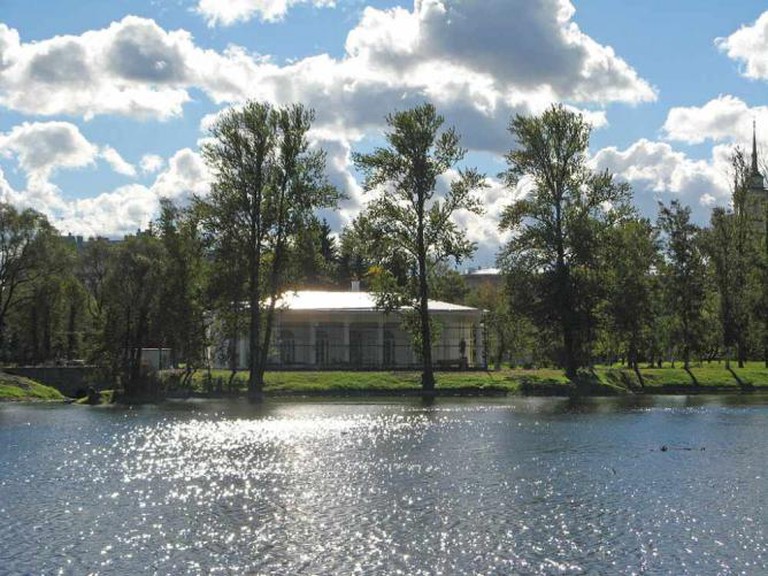 Chess and Checkers Pavilion in Moskovskiy Victory Park | © Ekaterina Borisova/WikiCommons
Moskovskiy Victory Park is a huge park, erected in honor of the victory over the Nazi Germany. Its majestic and tragic history attracts the attention and emotional outbursts of visitors. During the May holidays, Moskovskiy Victory Park is filled with a special atmosphere of celebration and mourning. It is the best place to go for the May holidays, where you will be able to share the experiences of thousands of citizens of the Northern Capital. The park was established to commemorate the victory of the workers of Leningrad in the Second World War, as a symbol of eternal glory as a national monument to the soldiers. The Avenue of Heroes features busts dedicated to the heroes of the Soviet Union and of the Socialist Labor. Around and inside the park there are many famous architectural buildings. Some of the entertainment facilities include children’s attractions, a beach, a bar, the rental of boats and catamarans, and a skating rink.

Park
Facebook
Email
Twitter
Pinterest
Copy link
Share
This park is located on Elagin Island, whose history dates back to the 17th century. Before Elagin Island received its name, it belonged to the princes Yaguzhinskiy, Melgunov and Potemkin. The Elagin family gained possession of the island in 1777, and transformed it into a cultural park. The family built the English Garden with canals, ponds and grottoes, as well as a palace complex. Until 1917 the island remained one of the royal residences, and from 1932 the Central Park of Culture and Leisure occupied almost an entire island. Today, this park provides a piece of nature, where occasional entertainment events and festivals are held. The park always welcomes new visitors and is, probably, the favorite park in St Petersburg among local residents.