The Best Markets For Browsing In Moscow

Quirky curiosities, Soviet memorabilia, artisan crafts and gourmet street food; just a few of the things to buy at Moscow‘s markets. A legacy of the Soviet era, they are a fantastic snapshot of Russian life and history and spill over with local color. We pick the best for browsing. 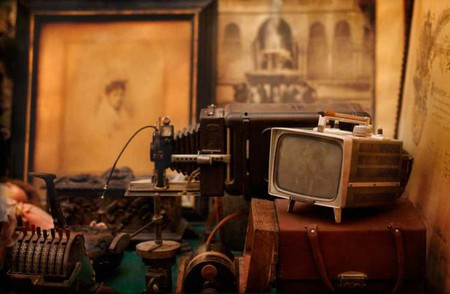 This cornucopia of curiosities brims with fascinating objects and exquisite local craftsmanship. Samovars, gramophones, fur hats, ancient coins, and even a bust of Stalin: the treasure trove that is Izmailovsky Vernisage knows no bounds. The hand-crafted products here are enchanting in the skill and beauty they display. Avoid the hiked-up prices for factory-made products at Moscow’s central souvenir shops and come to Izmailovsky for exquisite creations to meet the masters behind these objects. Venture out of the main Vernisage enclosure to explore the local art and hand-woven carpets on the second-floor wooden balcony. The nearby Izmailovo Kremlin is fascinating in its own right, with its fairground-style imitation of the Kremlin and museums of bread, vodka, and toys. 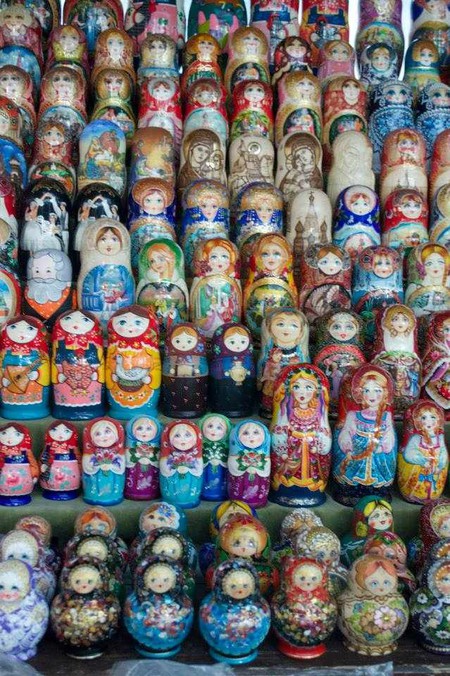 This farmers’ market is famed for being the place to find organic foodstuffs in Moscow. Danilovsky Market aims to provide the best of Russia’s farm-to-table produce. The meat, cheese, and jams here all hail from the local region, and the wafting scent of freshly baked bread is sure to set your stomach rumbling. Piles of fresh, exotic fruits teeter alongside dried fruits and nuts in rainbow towers. The witty and friendly traders from Russia and central Asia will entertain you with their tricks and dazzle you with their recommendations. The market occurs daily from around 8am to 8pm at 74 Muytnaya Street. 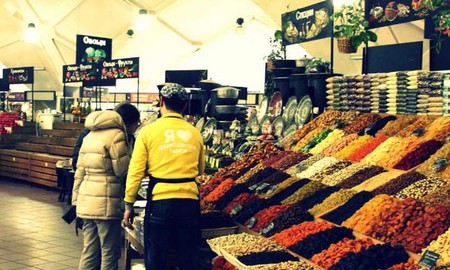 On a busy day, this immense flea market hosts around 4,000 to 6,000 traders. Less well-known than its smaller brother, Izmailovsky, it has remained very much a typically Muscovite haunt and a local favorite. This means that Novopodrezkovo is virtually untainted by hiked-up tourist prices or manufactured souvenirs. For those lucky few foreigners in on the secret of Novopodrezkovo, there are bargains aplenty to be found. However, a visit to Novopodrezkovo is always a gamble: offerings can range from moth-eaten clothes and rusty tools to haute-couture and fabulous antiques. Fight through the hundreds of babushka laying out their Soviet-era wares to find some real treasures. Formerly located in the city center, the market has been moved a little further from the city and is open on weekends. Hop on the train to Novopodrezkovo at Moscow’s Leningradsky railway station or catch bus 370 from the Rechnoy Vokzal metro station to find the market by Novopodrezkovo station.

For antique fanatics visiting Russia, Bloshiny Rynok is the place to come. Nowhere else in Moscow are there so many pre-Revolutionary items all jumbled together in one fascinating place. Shoes, clothes, and many household items, are gathered here, many of which date back to the early 20th century. Gramophones pump out vintage music to create an authentic atmosphere which makes for a perfect accompaniment to this time traveling expedition that’ll transport you back in history to a world of palaces, balls, carriages, and tsars. Check out the market’s facebook page to find out when the next market will be. 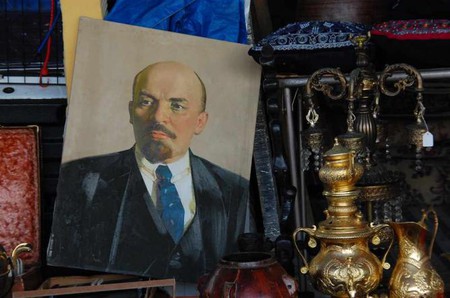 Fascinating Soviet wares on sale at a market | © Todd Lappin/Flickr

Towering piles of bargain electronic goods fill this former television factory. An excellent spot to pick up second hand CDs, DVDs, video games, the Gorbushka market also sells electronic goods and household appliances, all at astonishingly low prices. The mind-boggling range of films, albums, and vintage vinyls means that, no matter your taste, you’ll be sure to find something at Gorbushka. The market’s origins lie in the park near the Gorbunov Palace of Culture. The park acted as a meeting ground for film and music enthusiasts who would come and swap records, but its immense popularity and rapid growth meant that the market had to move, eventually settling in a spacious warehouse by Bagrationovskaya metro station.

An ethnic paradise, the exotic wares at this market inside the Sevastopol Hotel hail from India, Pakistan, and Afghanistan to name but a few. The wafting aroma of incense will draw you in, while the gleaming objects on show are sure to make you stay. The sorts of treasures available range from Middle Eastern jewelry, to silky hand-woven Oriental materials and expertly crafted toys. The master craftsmanship exhibited in each item is a sight to behold, and at eye-poppingly low prices. The market is best visited during the day-time on weekdays. 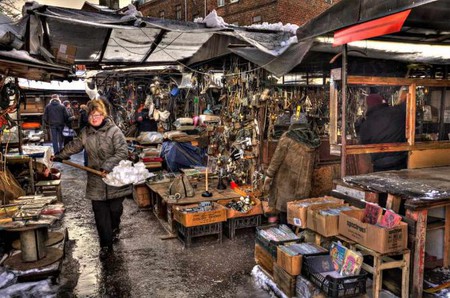 A showcase of the best of Moscow’s up-and-coming designers, Lambada bursts with creative talent. This artisan market is held at either Tsvetnoy Central Market or Strelka Art Institute around eight times a year and is a favorite with the city’s fashionable crowds who come here to keep ahead of the trend. Check out the best new designers as well as the most delicious gourmet street food here, which can range from crispy Lebanese falafel to exquisitely presented sushi.