The 8 Most Delicious Russian Desserts 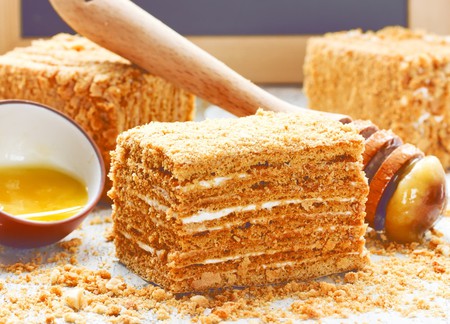 Desserts hold a special place on the table and in the hearts of many Russians. Sweet treats are particularly sacred as they were often hard to come by in times of food rationing and shortages. The nation has a penchant for dishes that will satisfy sweet-tooths, so whether it is honey or chocolate that is your kryptonite, these delicacies are guaranteed to hit the spot.

Soviets had to be resourceful during times of food shortages, and so to throw away food was unthinkable. As a result, many recipes were thought up as a way to make use of leftovers and basic ingredients. The chocolate salami was one of the dessert time favourites to come out of this habit, taking its name from two items that were often in short supply. It is made from crushed up milk biscuits and toasted walnuts that are mixed with a chocolate sauce made from cocoa, milk, butter and sugar. It is then scooped up into a freezer bag, rolled into a log and then placed in the fridge overnight to set. 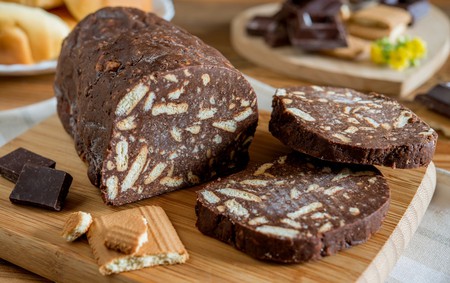 Also a popular breakfast treat, syrniki are sweet cheese pancakes. Although they do rise and are fluffy, the cheese makes the pancakes a bit denser and more substantial than usual. They are made from tvorg (quark is an excellent alternative, and dried cottage cheese or ricotta will do in a pinch) and sweetened with sugar and vanilla. For dessert, dollop jam or berry coulis across them and top with sour cream and berries. 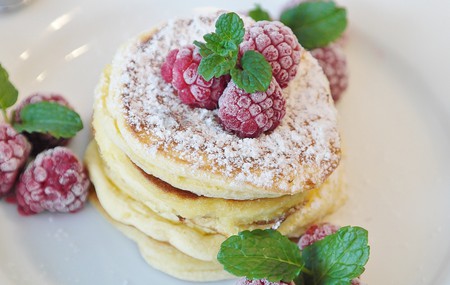 Despite the name and its similarity to the French millefeuille, or custard slice, the Napoleon cake is a Russian classic that pre-dates Soviet times. Custard-filled cakes were common across Europe in the 19th century; however, this one became a staple in the Russian diet in 1912. For the centennial celebrations of the Russian victory over the French in the Great Patriotic War of 1812, bakers made the cake in the shape of Napoleon’s hat. A kind of layered crêpe and custard cake, it is traditionally decorated with cake crumbs to symbolise the Russian snow that thwarted Napoleon’s army.

Beautiful & delicious Napoleon cake. Made fresh right here at Emporium International Food Visit Us at 2280 US 9 South Old Bridge NJ Call Us at 732-679-3100

This is a sponge cake layered with a mousse filling that was born out of Soviet austerity. When food rationing went on a hiatus in the late 1940s, decadent cakes began to appear on tables as a sign of burgeoning prosperity. In the 1960s, however, the popularity of indulgent cakes had fallen, and the masses opted for sweet treats that were more in line with the socialist reality and ideals. Once a standardised recipe, bird’s milk cake continues to be a Russian favourite. 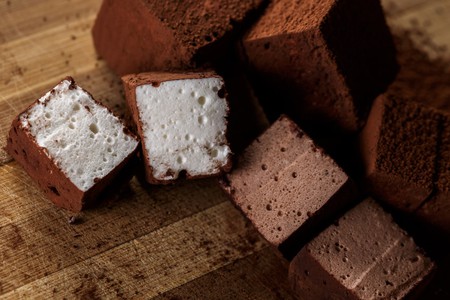 The national dish of Tatarstan, chak-chak is balled-up fried flat-bread that is smothered in a honey-based syrup and often decorated with dried fruits and nuts. It either comes in individual portions, or these sweet balls of flatbread are assembled in a stack, similar to a profitérole tower. Although it is readily available and eaten frequently, it is the dessert to be wheeled out at celebrations, and thus is often associated with festivities and good times. 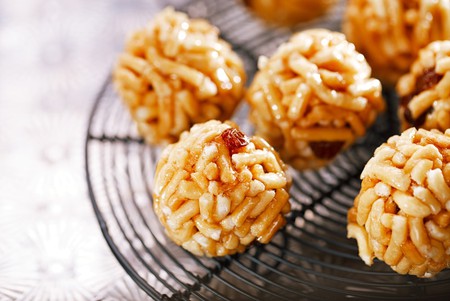 The unglamorous name comes from the cake’s appearance. Despite being a delicious sweet treat, they do look like potatoes. Another way to make use of old food, potato cakes traditionally are made up of stale cake mixed with condensed milk, dried fruit and nuts, and liqueur (cognac, rum, or even vodka). These balls are then dusted with cocoa (to a potato-like effect) and set in the fridge. Modern recipes substitute the old cake for either a plain sponge or crushed up milk biscuits. 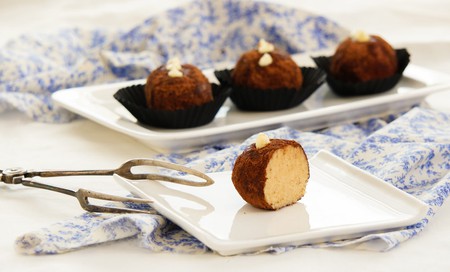 Despite looking like the omnipresent pelmeni, these Moorish parcels are not. The key difference between the two styles of dumplings is that pelmeni contain meat, while vareniki are vegetarian. Because of this, they are a common meal any time of day, including dessert. Cherries make a popular sweet filling. Once cooked, they are served with sour cream and powdered sugar.

All of the many variations 0f medovik (honey cake) are popular up and down Russia. It can be made with condensed milk, buttermilk, custard or with the original sour cream. Similar to the Napoleon cake, thin layers of pastry (this time honeyed), are layered with the sweetened cream of your choice. Excess bits of pastry are blitzed into crumbs and used to coat the cake, which is loved by most. Legend has it that even the wife of Tsar Alexander I gobbled it down when she could, despite her well-known dislike for honey. 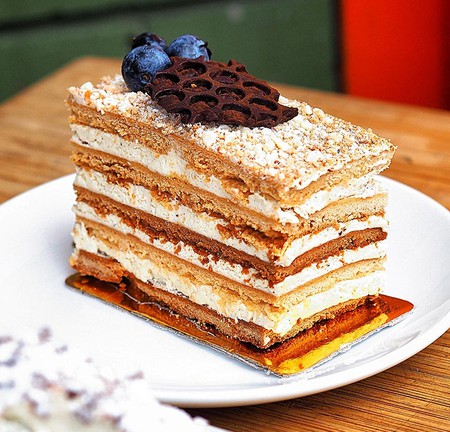 Medovik | © Insatiablemunch / WikiCommons
Give us feedback