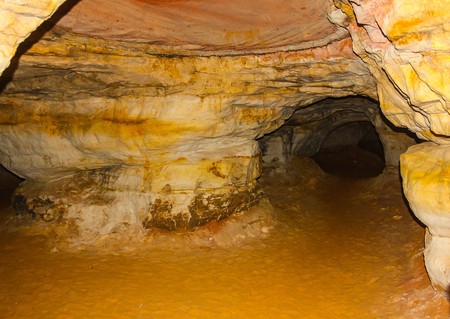 Just 40 kilometers away from St Petersburg, adventure lovers can find a perfect location for a one-day weekend getaways: Sablino. This nature reserve includes mysterious caves, two waterfalls and some historical monuments too.

Back in 19th century, Sablino was a place of quartz sand mining for glass production. At that time, St Petersburg was experiencing the construction boom, and the expanding city needed a lot of glass. Mining work continued until the beginning of the 20th century, to 1924, when the last miner left. The result of so many years of mining are the famous Sablino caves. After the caves were abandoned, many passages got blocked; an excess of water formed underground rivers and lakes as well as stalactites and unique cave pearls.

In 1976, Sablino was recognized as a natural reserve and adapted for tourist visits. Maps of the caves were made and tourist paths created. The first potholers who were exploring the caves discovered that Sablino represents the whole net of underground galleries and halls.

The biggest and the most interesting cave open for visiting is called ‘Levoberezhnaya’. This cave is located not far from the bridge across the river Tosna, its galleries reach for over 300 meters, and the total length of underground labyrinth is 5,5 kilometers. The cave is open only for organized groups, accompanied by a professional guide. 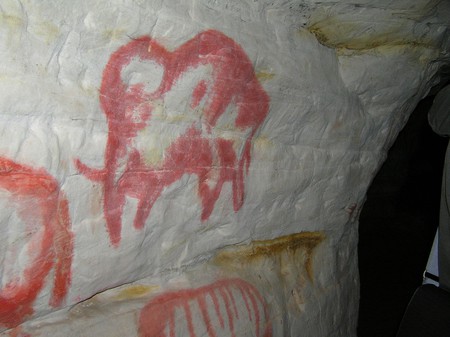 Currently in Sablino there are four big caves: ‘Levoberezhnaya’, ‘Pearl Cave’, ‘Trousers’ and ‘Rope’. The names of caves were given by first explorers. Each cave has a main chamber, side galleries and some smaller chambers.

During winter, side galleries of caves are inhabited by bats, which hibernate during winter months. No need to worry though, the bats feed only on insects.

The best way to visit Sablino caves is by taking an excursion called The Land of Caves – it lasts 2,5 hours, and the guides will bring you through the most interesting parts of Sablino, telling the story and sharing peculiar facts.

One tip: If you are going there for the whole day, remember there is no catering options in Sablino reserve, so you can either ask for them in frame of the tourist package or bring some food with you.