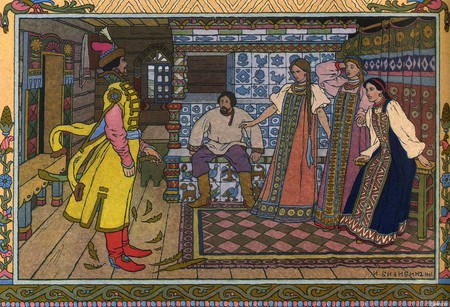 Although fairy tales may simply seem like stories for children, they hold much more cultural significance than we give them credit for. Fairy tales reflect the beliefs of a people, their moral values and often their incredible imagination. Russians are no strangers to fairy tales, and reading fairy tales to children is part of the journey of raising them. Here is a short list of stories that every Russian knows and that are deeply embedded in the collective conscience.

Tsarevich Ivan, the Firebird and the Grey Wolf

The Firebird is one of the best-recognised characters of Russian folklore. Despite its beautiful appearance, this bird is not all that nice. In the fairy tale, she continuously steals golden apples from the garden of a king. The king sends his sons in search of this mythical creature and promises the finder half his kingdom. The title lets slip that the one to do so is the youngest son, Ivan. To find out how the grey wolf fits into this whole story, you’ll just have to read it for yourself. 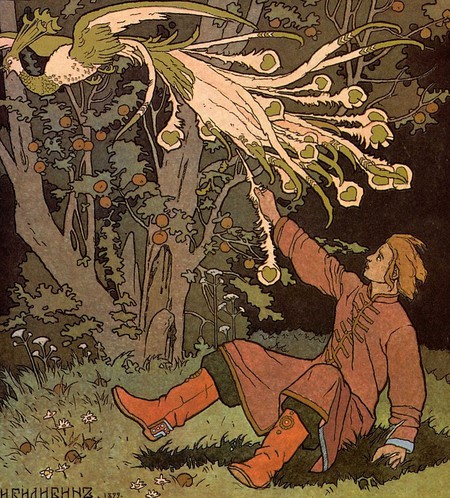 Catching a feather of the Firebird | © Ivan Bilibin / Wikimedia Commons

A slightly absurd and morbid fairy tale, this story is nonetheless very popular with children. The younger brother, Ivanushka, continuously attempts to drink water from puddles, but his sister warns him that by doing so, he might end up as an animal. On his third try, Ivanushka does indeed turn into a goat. Yet even as a goat, Ivanushka manages to get into trouble and is taken by a Baba Yaga (a witch-like villain in Russian stories). The Baba Yaga proceeds to drown the sister, leaving both siblings in a bit of debacle. You’ll have to read the story to find out how the sister manages to ‘undrown’ and how the brother becomes human again.

As in many fairy tales in western cultures, cruel stepmothers are a recurring villain in many Russian stories. It is the case in this story as well. An old man and an old woman have two daughters; one was fairly unattractive, but the younger, Nastya, was skilled and beautiful. The stepmother, or the mother as is told in some stories, did not love them equally. She wanted to marry her favourite daughter, who was the less attractive one, but all the potential husbands instantly preferred Nastya. The old woman decides to send Nastya away. She tells her husband to take her to the forest in the middle of winter and leave her there to die. The inhabitants of the forest, including Father Frost, who is basically a human depiction of the cold, decide to help Nastya because of her kind heart. 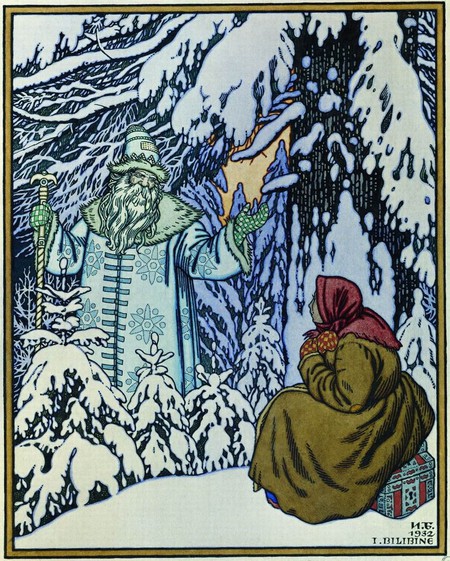 An ode to teamwork, The Gigantic Turnip is a classic Russian fairy tale that many know by heart from a very young age. The synopsis is very simple: an old man grew a very large turnip. He soon decided it was time to pull it out of the ground, but didn’t have the strength. He started calling all the members of the household one by one, including animals, to start tugging at that stubborn vegetable. In the end, of course, they managed their goal, celebrating the victory of their group effort. The story does not reveal what happens to the turnip afterwards.

Kashchey appears in various Russian fairy tales, including one that is named after him. He is an evil wizard that is often busy stealing beautiful women, especially those of noble birth. Many heroes have gone after him and lucky for them, he isn’t that immortal after all. In one story, there is an elaborate way to kill him, but it is so long and confusing, no one is able to do it. To kill Kashchey, a brave soul needs to find an unnamed island; on that island, they must locate a tree; under that tree there is a chest; in that chest there is a rabbit; in the rabbit is a duck; inside the duck is an egg; and in the egg is Kashchey’s death, whatever shape it may have. Easy! 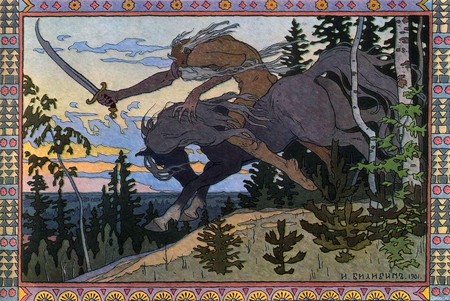 This is a very popular children’s tale about a teremok (a small wooden house) that was standing empty in a forest. It is first discovered by a mouse who begins living inside. Little by little various animals ask permission to move in and the number of inhabitants continues to grow. The last to move in is a bear who can’t fit inside and decides to live on the roof, promptly squashing the whole house. Surprisingly, the animals don’t stay upset. They just decide to rebuild the house and make it even better. Moral of the story? It’s important to learn from your mistakes, but also – it’s good to be picky about roommates.

Once again, the evil stepmothers are at work. Vasilisa was a beautiful daughter of a merchant, who married a second time after his first wife had died. The stepmother hated Vasilisa and gave her lots of hard work, which the girl dully completed. The stepmother decided to move the family closer into the forest where a Russian evil witch, Baba Yaga, lived. The hope was that Baba Yaga would eat the girl, yet she never wandered into the witch’s cabin on her own. One night, the stepmother and the other daughters decided to send her directly there. 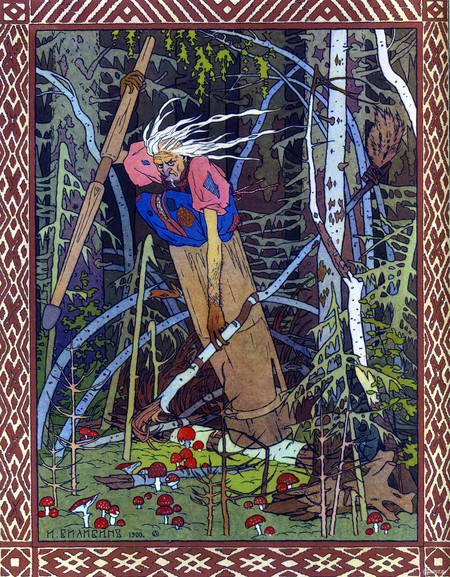 Kolobok is a big round piece of dough. In this story, a round piece of dough is left on the window by an elderly lady (assuming she left it there to rise). Yet this piece of dough has a mind of its own and rolls out the window. On its journey, the kolobok encounters various animals, telling them how great he is at escaping. Very soon though, he is outsmarted by a fox who uses flattery to lure the kolobok onto its nose, where it eats him. Moral of the story: if you’re a big piece of dough, don’t get too cocky.