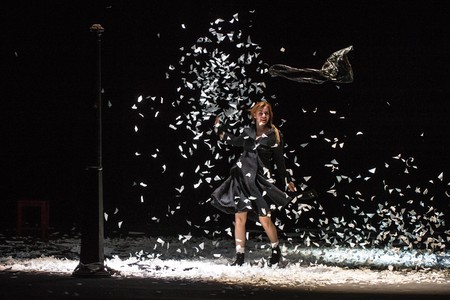 Russian theatre as we know it began its existence in the 19th century when an interest spiked among writers to include playwrighting in their work. The theatre thrived with the appearance of private stages, innovative directors and talented actors. Yet the 1917 revolution brought along changes: theatres would then be owned by the government and productions were often censored. After the fall of the Soviet Union, Russian theatre made a comeback and now enjoys the liberty of creating new, daring content. Yet more often than not, directors return to the time-tested classics and revive the century-long traditions.

This February, the Winter International Arts Festival in Sochi saw two theatre production. Both based on novels that have existed for hundreds of years and both giving a new outlook on these pieces. Taking on the classics will always be risky business. Any new interpretation inevitably faces the question: Will this be a reproduction or a completely new approach? And in both cases, the directors chose to take the innovative path. The play of director Yuri Butusov, City. Marriage. Gogol., is based on the 19th-century play, by Ukranian-born writer Nikolai Gogol, The Marriage. Yet only the costumes bear resemblance to the past, and the story is set on the backdrop of modern St Petersburg. Anna Kovalchuk, who plays the role of Agafya, has substantial experience reviving the classics on stage. “You can take any writer and just ruin him, make such a production that the audience will run away and never read his work. On the other hand, you can take a writer that seems forgotten and you can find new angles in his work,” Anna noted. 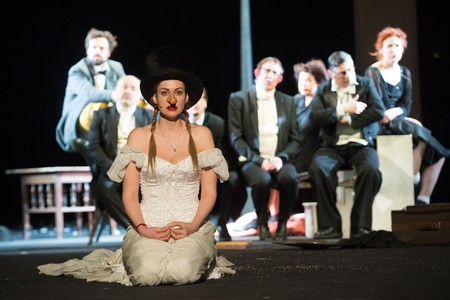 An even bolder approach is taken in the musical Passions for the Queen of Spades. The plot of the play is built from a story mentioned only briefly in the actual novel: The story behind the mystery of the three winning cards that the elderly countess obtained from the Count of St. Germain. Their love story is told both by actors and opera singers who perform excerpts from the Tchaikovsky’s opera The Queen of Spades. Count St Germain helps the countess get out of her card debt and then the two fall in love. Their love transcends through time and space as they wait many years, hoping to be reunited once again. Although it is an ode to the classics, the musical does not aim to copy the novel. Pavel Safonov, the director of the play commented that “with this new screenplay combined with the opera we were, of course, creating a new work of art.” She added, “It has a new meaning.” 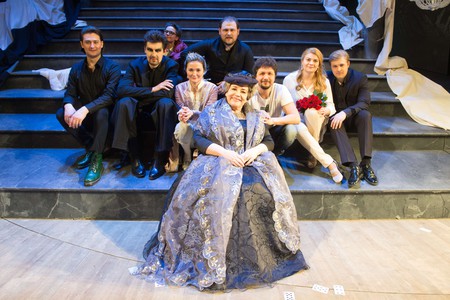 The Challenges for Russian Classics

As the theatre changes, so does the audience. But what has become more evident now is that theatre is not available to everybody. More than a quarter of Russians live in a city that doesn’t have a theatre, and many cannot afford to go to the theatre. So even the classics need to be able to attract viewers to their seats. In Anna’s opinion, a good theatre should have a combination of everything like a list of TV Channels. “Time dictates the rules, so the theatre should have everything, something for every member of the audience.” And then the theatre will be able to survive. Synthesising the arts is both an innovative approach and also one to boost interest. His recent production was not the first such experience for Pavel Safonov. Alongside his collaborators, Pavel worked on an adaptation of Carmen that united theatre, ballet and opera. Passions for the Queen of Spades aimed to complete a similar task, bringing together opera and theatre. “It’s similar to playing jazz,” Safonov said, “There will be the main tune, but there is always room for improvisation.” 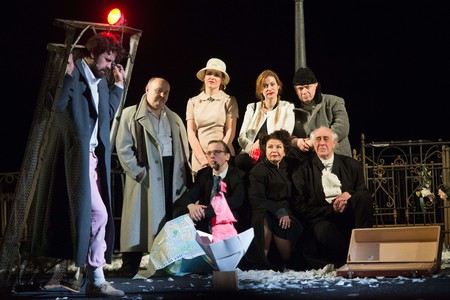 Timeless Topics of the Classics

So why do we stick to the classics? They touch upon timeless topics such as love, morality, happiness, ideas which will never grow old. Century-old characters appear in our contemporary world, and it would seem that their lives are not too different from ours. For this reason classics still remain popular, we just see them in a different light. Pavel Safonov said of his new production: “[It’s like] hearing an aria from a familiar opera, in a different context, with no introduction. It’s like hearing it better now. It’s alive and energetic.” Currently, there are many experiments in Russian theatre — unexpected and exciting. 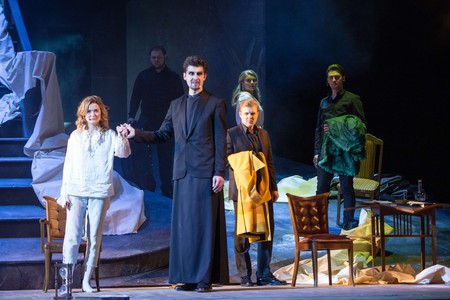 Both actors and opera singers on stage | © A. Molchanovsky/Sochi Winter International Arts Festival
Give us feedback