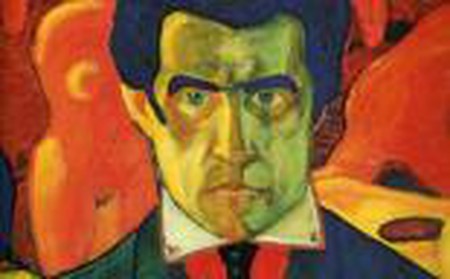 Kazimir Malevich was a foremost Ukrainian-Russian painter whose influence was crucial in the development of the Russian avant-garde art movement Suprematism in 1915. His manifesto entitled From Cubism to Suprematism ushered in a new age of radicalism in Russian art which emphasised the abstract and geometric. 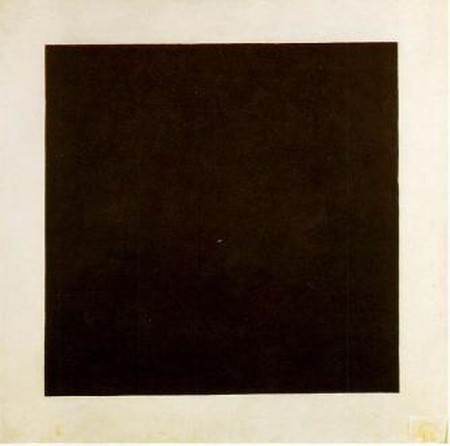 Suprematism was, according to Kazimir Malevich, art that expressed “the supremacy of pure artistic feeling.” The spirit of Russian Suprematism is, perhaps, best embodied in Malevich’s most widely known work entitled Black Square. Painted in 1915, Black Square fell uncompromisingly outside of the scope of contemporary art of the day. Unlike the Cubism that came before it, Malevich’s Black Square made no effort whatsoever to dabble in the figurative and representational.

Plain, flat and achromatic, Black Square signalled the Russian avant-garde’s movement towards creating a pure and pristine art freed from the weight of the objective and materialist world. Art, according to the Suprematist vision, “no longer cares to serve the state and religion, it no longer wishes to illustrate the history of manners, it wants to have nothing further to do with the object, as such, and believes that it can exist, in and for itself.” 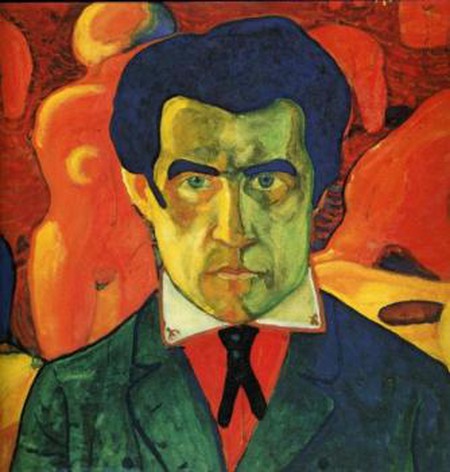 Born in Kiev, Ukraine in 1878, Malevich spent his formative artistic years in Moscow where he studied at the School of Painting, Sculpture and Architecture. Through the 1910s, Malevich developed his artistic style, reflecting the major shifts in modern art from this period, moving from Post-Impressionism to Primitivism to Cubo-Futurism. In this period, Malevich collaborated with leading Russian avant-garde painter and composer Mikhail Matyushin to produce the Russian Futurist opera Victory over the Sun.

Malevich’s Suprematist movement developed in the heady days of 1913-1915 when Russia was on the cusp of revolution; the revolutionary fervour would erupt in 1917 leading to the collapse of the old regime and the ushering in of violent civil war followed by the establishment of the Communist state. The 1920s were a difficult period for Russia’s avant-garde art movements as political imposition entailed the curtailing of their movements and the pushing back of their radical innovations. By the 1930s, with Stalin firmly ensconced, Socialist Realism became the official cultural policy of Soviet Russia in which art firmly came under the powerful control of the government apparatus and existed solely to serve its political aims. 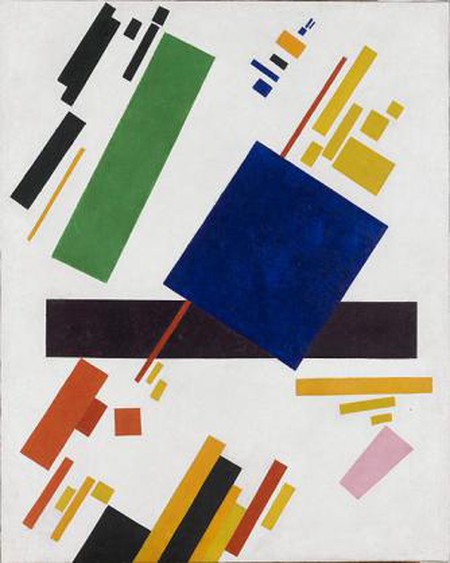 In a portrait painted by Malevich in 1933, the return of the figurative and the banishment of pure abstraction is evident; robed in a costume-like traditional dress, Malevich’s portrait could just as well have emerged from the Renaissance period, yet not only do the colours in the portrait bring to mind the pure colours of Malevich’s avant-garde work, in the corner, almost imperceptible, the artist signs his name defiantly with a black square.