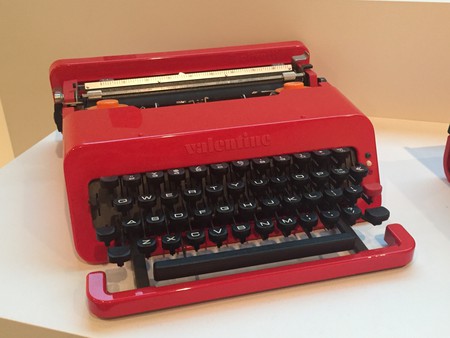 Russia is famous for its turbulent history, the extravagant tastes of its most wealthy, and for its literature. Russia was the birthplace of Anna Karenina and Crime and Punishment. It was the setting of the psychedelic Master and Margarita and provided the context of the emotional poetry of Akhmatova and Tsvetaeva. Russia has inspired generations of writers across the globe, but only four of its writers have been awarded Nobel Prizes in Literature.

The most prestigious literary prize in the world has always been a matter of political controversy in Soviet Russia, troubled by historical whirlwinds. However, controversy does not take the merit away from the prize laureates, whose work is truly outstanding. Here are Russia’s Nobel Prize Winners in Literature.

Bunin was the first Russian laureate of the Nobel Prize in Literature (but, by far, not the first Russian nominee). He lived in a very turbulent period of Russia’s history, which significantly influenced his writing. Bunin was an unprecedented poet and acclaimed novelist. He was also renowned for his short stories. He debuted at the age of 17, publishing his poems in one of St Petersburg’s literary magazines.

The linguistic fabric of both his poetry and prose is extremely rich and intricate. It is sometimes referred to as ‘Bunin brocade’. The texture of his writing is believed to be the richest in the whole of the Russian language. Bunin was awarded the Nobel Prize after publishing his autobiographical novel, The Life of Arseniev. Bunin was considered by many of his contemporaries to be the last true realist in Russian literature. 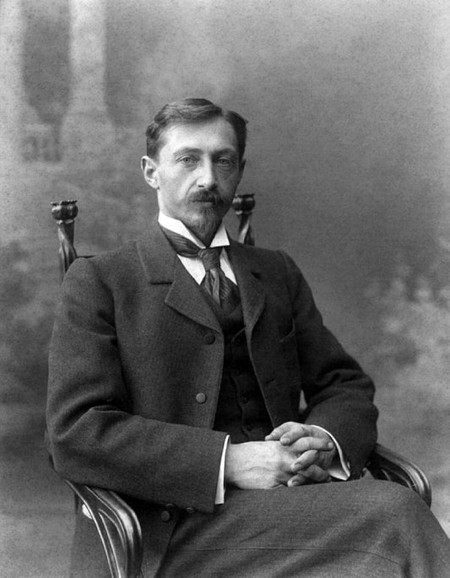 Boris Pasternak is one of the most important Russian dissident writers. He started his literary career before the Russian Revolution of 1917 with his first book of poetry (inspired by a failed love affair). He continued writing poetry throughout the 1920s. In the 1930s, he was persecuted due to his open opposition to the totalitarian state; he managed to avoid arrest though.

Doktor Zhivago, the only piece of prose he ever wrote, was smuggled out of the Soviet Union and published in 1957 in Milan. It was then circulated illegally in the USSR and across Europe. Pasternak was awarded the Nobel Prize in 1958; he was, however, forced to reject it because of political pressures. His descendants accepted it in his name in 1980. Pasternak died of lung cancer in 1960. 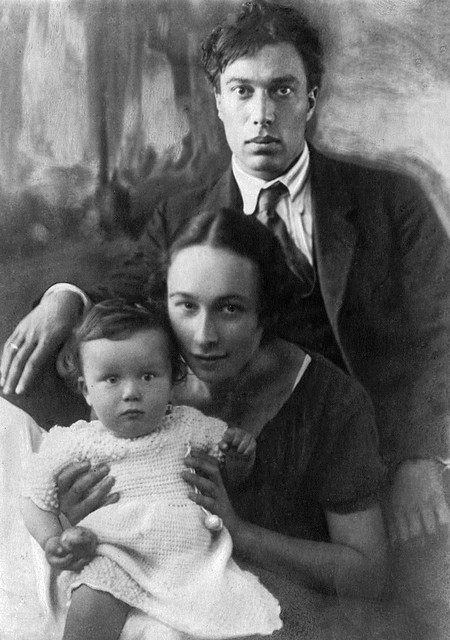 Boris Pasternak with his family in 1920. | Courtesy of WikiCommons

Mikhail Sholokhov was a controversial figure. On the one hand, he was considered to be the inheritor of Leo Tolstoy’s legacy. His characters, thrown into the whirlwinds of time, displayed incredible psychological depth. On the other hand, despite the convoluted fates his characters were subjected to, his writing supported the new Soviet reality, which was not accepted by many of his contemporaries.

He won the Nobel Prize for his novel, And Quiet Flows the Don. His authorship of this victorious novel was contested, but allegations were rejected in the 1930s. They resurfaced in the 1960s and were rejected again twenty years later. The manuscript of the novel was finally found in 1999, which proved without a doubt Sholokhov’s authorship. 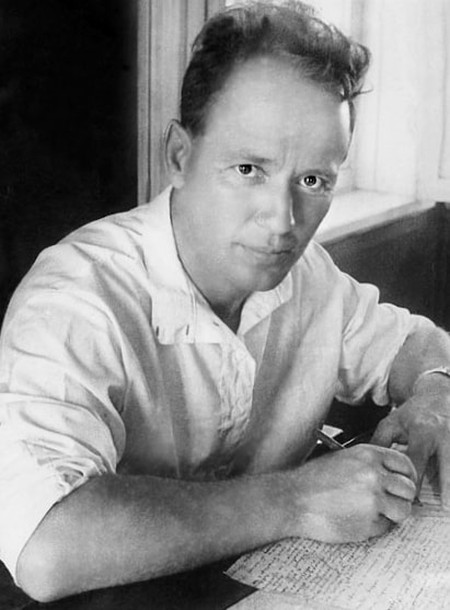 Mikhail Sholokhov in 1938. | © Courtesy of WikiCommons

Aleksandr Solzhenitsyn was one of the most outspoken critics of the Soviet regime. In 1941 he was a student of mathematics at the Rostov University when he was conscripted and sent to the front. He was arrested in 1945 for a letter he wrote to a friend expressing critical remarks about the regime. He started writing after his release from a forced labour camp. All of his works became critiques of the repressive Soviet system.

Only his first piece, One Day in the Life of Ivan Denisovich, was published in the Soviet Union. The rest of his work was published abroad and circulated through the USSR illegally. Solzhenitsyn was awarded the Noble Prize in Literature in 1970 for the entirety of his work, especially the important moral messages portrayed in each story. He did not go to Stockholm to receive it as he was afraid he would not be let back into the USSR. He was expelled nonetheless in 1974 and could only return in 1991. He died in Moscow in August 2008.

His works are an important source of information about the Soviet system of political repression and remain some of the most important pieces of Russian literature. 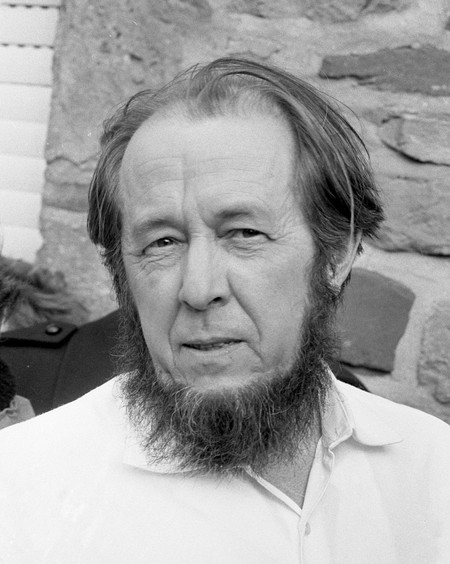 Aleksandr Solzhenitsyn in 1974 | © Bert Verhoeff, Anefo / WikiCommons
Give us feedback