Interesting Kazan Facts You Should Know 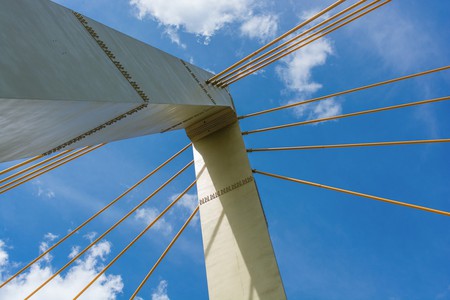 Kazan is drenched with culture and centuries-old history. As the heartland of the ancient Republic of Tatarstan and one of Russia’s most modern cities, this dynamic, bustling hub is a convergence of the different eras that have shaped it throughout time. Immerse yourself in this fascinating city with these interesting facts about Kazan.

Kazan is older than Moscow

In fact, Kazan is not only one of the oldest cities in Russia, but in Eastern Europe as well. It’s about 150 years older than Moscow. Officially founded in 1005, and became part of the largest Mongol-Tatar empire in the world, the Golden Horde, in the 13th century. Ivan the Terrible captured the city and brought it into the Russian Empire’s reign in the 16th century.

Kazan is the third city of Russia, after Moscow and St Petersburg

As the capital of Tatarstan, Kazan is the cultural centre of the ancient Tatar people and was once nicknamed the ‘Athens of the Volga’. Its cultural status has persisted in modern times too, as it is home to over 30 universities and over 40 museums and galleries. As a university town that is filled with young people, Kazan has a great nightlife too with lots of late night bars, clubs and pubs to choose from. 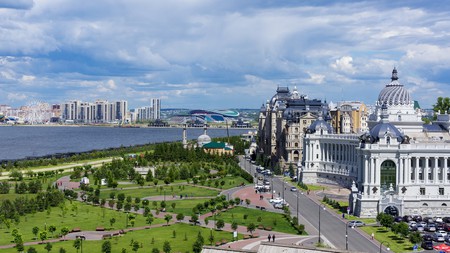 Kazan is a vibrant city | © zizimao/Pixabay

Most Kazan residents speak both Russian and Tatar

Actually, all of Tatarstan is bilingual. The two official languages of the republic are Tatar and Russian, and both have equal status. As a result, both Tatar and Russian can be seen around town. The Tatar language was originally based on the Arabic script, until the early 20th century when it swapped over to a Latin-based alphabet. During the Soviet Union, Stalin forced Tatar to adopt Cyrillic and in 1991, Tatarstan won the right to revert back to using a Latin alphabet.

Kazan is home to one of the largest mosques in Europe

Construction of the Qolşärif Mosque began in the 16th century and, at the time, was famed for being the largest mosque in Europe. However, in 1552 Ivan the Terrible stormed the city and destroyed Qolşärif, and it wasn’t until 1996 that restoration began to take place. Finished in 2005, visitors can now see the mosque in its full splendour. 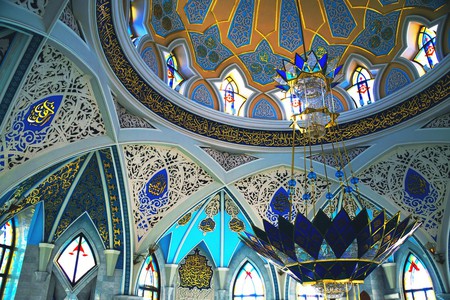 Kazan’s metro system has only 10 stops

The underground train system is comprised of only one line which runs through 10 stops. Riding the line from one end to the other will take approximately 15 minutes, making it one of the shortest metros in the world. Kazan’s metro system was constructed in 2005, and announcements are made in Tatar, Russian and English. In line with Moscow’s metro, the interior design of the stations are hugely impressive.

As the only remaining Tatar fortress intact in Russia, the majestic white walls of Kazan’s Kremlin are UNESCO World-Heritage listed. With parts of the structure dating back to the 10th century, the Kremlin is a rare, not-to-be-missed sight in the city. 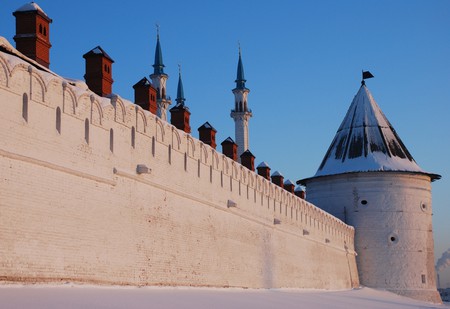 At 3,700 km (2,300 mi), the Volga is Europe’s longest river. It starts in the Valday Hills in northwestern Russia, and eventually ends in the Caspian Sea. Kazan is set on the confluence of the Volga and Kazanka rivers, which makes for a pretty spectacular view from certain parts of town. Inside the Kremlin, among some of the city’s most important sights, there is a lookout point where sightseers can take in the Volga’s natural beauty. 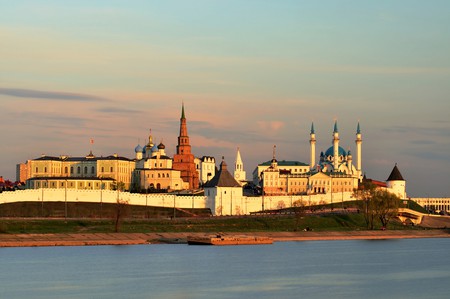 Kazan is a melting pot of cultures, and is the place to try Tatar cuisine. But if you had to try just one thing while in Kazan, it had better be the most iconic dessert in Tatarstan, chak-chak. It is a honey-smothered, fried-bread treat, often wheeled out at celebrations and weddings. For the city’s millennium celebration in 2015, 20 people set out to make the biggest chak-chak on record, weighing 1,000 kilograms (2,200 pounds). 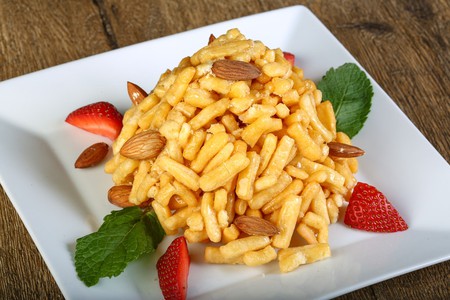