Here's Why Russia Is Called Russia 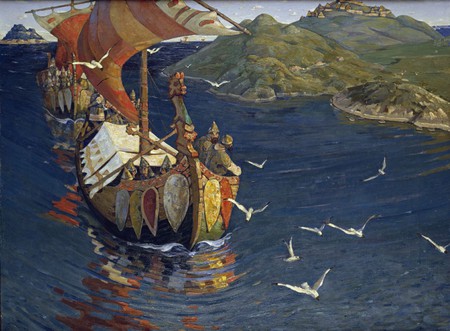 We grow accustomed to the names we frequently use. They become such an integral part of the way we perceive the world that we rarely ponder their origins. But all words come from somewhere, and tracing their ancestry can turn into a fascinating journey into the most remote past. It’s especially true with respect to the names of countries: their histories reveal a lot about the countries themselves. Here’s a brief history of why Russia is called Russia; a history of war, conquest, and the Vikings.

What does Russia mean?

Modern Russia derives its name from the Kevian Rus’, the ancestors of Russia, Ukraine, and Belarus. The name Rus’ comes from an Old Norse word for ‘the men who row.’

Historical sources from the period are scarce, so it is impossible to state anything with absolute certainty. That said, it is now commonly believed that ‘the men who rowed’ were Vikings who arrived from the territory of modern-day Sweden and became dominant in the region for at least a few centuries. The Vikings rowed from Sweden to the now-Russian territories and down the rivers all the way to Ukraine. 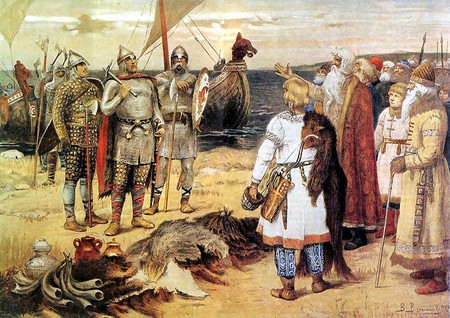 Who were the first settlers of Russia?

The earliest sources mentioning the Rus’ come from the beginning and middle of the ninth century from Byzantium, Persia, and France. All of them describe the Slavs and the Rus’ as two distinct groups, with the Rus’ dominating the Slavs. The very first local mention of the Rus’ can be found in the Primary Chronicle, composed in the 12th century.

When referring to the events of the ninth century, however, the Chronicle doesn’t distinguish between the Slavs and the Rus’ to the same extent. The two groups must have unified in the decades of co-existence and adopted the name of the more dominant of the two.

How did Rus’ become Russia?

The modern-day name for Russia (Rossiya) is derived from the Greek word for the Rus’. As the Kievan Rus’ was evolving and separating into different states, what we now know as Russia was being called Rus’ and Russkaya Zemlya (the land of the Rus’).

Finally, when the rulers of the Grand Duchy of Moscow united, some of the former Kievan Rus’ territories in the 15th century started using the Byzantine-influenced name for Rus’, Rossiya, and hence the modern-day name for Russia was born.