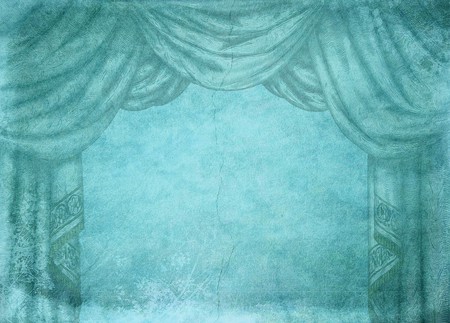 Seeing a Russian play may pose an obvious problem – watching a play in a foreign language that few people study may certainly muddle the overall experience. However, with the possibility of subtitles and the wide availability of translations, there is really no excuse not to learn more about the treasure that is Russian playwriting.

A success since the day of its publication, the play Three Sisters has been continuously staged for over 100 years. As many of Chekhov’s works, the play leaves the audience with a lingering feeling of desperation as the characters seek a glimmer of hope in their lives. The three sisters – Olga, Masha and Irina – live in a small Russian town dreaming that they will soon move to Moscow with their family. Their merriness gradually fades away as the characters start seeing their life as it actually is. With their realisation comes the idea of how an individual is suppressed by society, taking away any hope for true freedom and happiness. 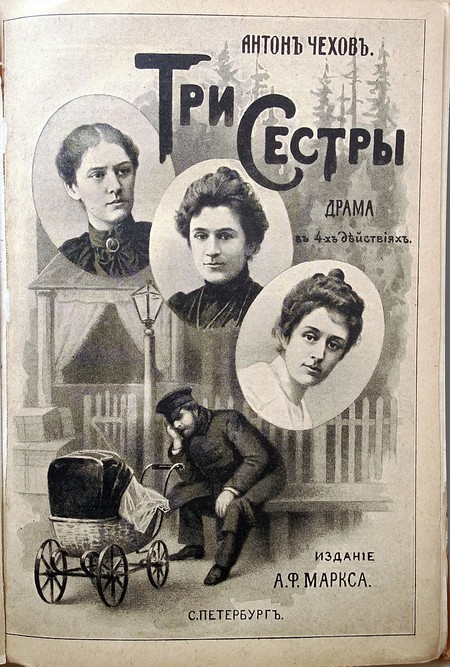 The focus of Gorky‘s play is to show the lives of people that have found themselves at the lowest points in their lives – the lower depths. His characters are beggars, thieves and prostitutes who all live together in a shelter house near the Volga. Each has their own agenda, making them unlikeable characters. The audience is not meant to feel sympathy for them or to feel a particular connection. On the contrary, the play leaves an uncomfortable feeling of facing a truth that is willingly left unheard. 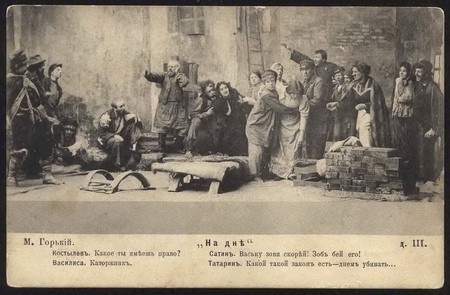 Without a Dowry by Nikolai Ostrovsky (1878)

The main character Larisa is a young woman without hope for a good marriage. She is without a dowry, meaning that only a generous man would take her in. Her marriage becomes the centre of her mother’s obsessive behaviour, as she scrambles to make ends meet and hopes that Larisa will be taken away soon. Larisa’s one love, Paratov, disappears from their town, and the desperate Larisa decides to marry the first man she sees. Unannounced, Paratov returns to town and Larisa falls back under his charm, as her fiancé becomes enraged with her behaviour. The story has no happy ending, as a woman in her place had no right to choose, and for those men she was merely an object. 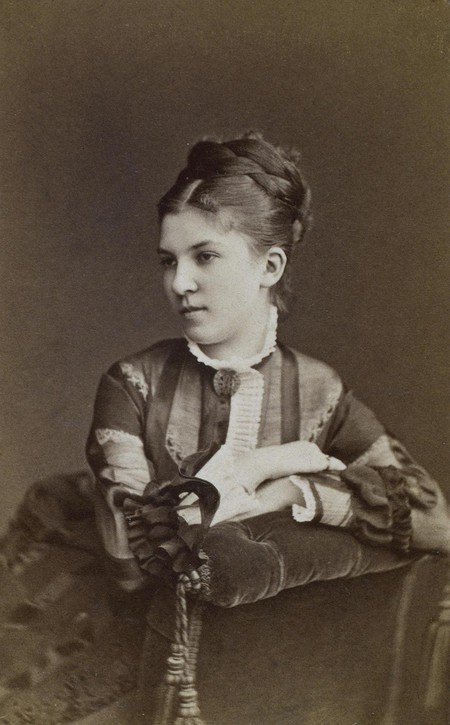 Influenced by the study of Russian history, Pushkin decided to put down on paper an unsettling époque in Russian history, the reign of Boris Godunov, also known as the Time of Troubles. Boris Godunov was a chosen successor to the throne, but also a suspect in the death of an heir to the throne, Dmitri, who died under mysterious circumstances. During the reign of Godunov, a pretender appears claiming to be the late Dmitri and the rightful heir to the throne. The play saw numerous stagings, and an opera based on the text was written by Modest Mussorgsky. 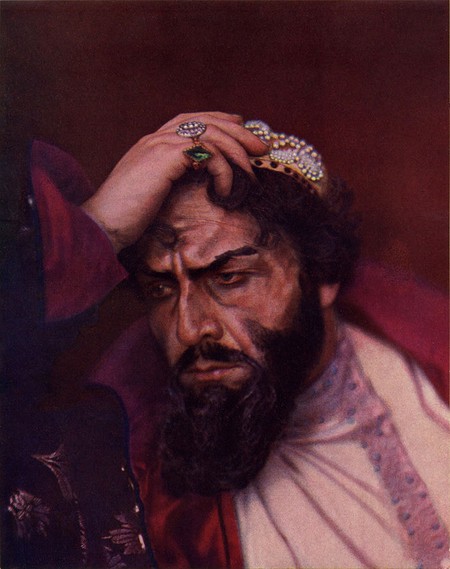 The Government Inspector by Nikolai Gogol (1836)

A timeless comedy that paints a picture of a corrupt country, The Government Inspector is set in a small Russian town that receives news that an inspector from the government will be travelling to the city incognito. Unluckily for the mayor of the town, a simple civil servant, Khlestakov, is mistaken for the inspector. Soon he begins enjoying the best treatment in town. He accepts bribes, flirts with married women, and dines with the mayor. The culprit escapes loaded with money, and as he leaves his real identity is revealed in an intercepted letter. Essentially, the play laughs at the government system, and thus it wasn’t well received by the government itself. It wasn’t banned, but a new play was written with a similar plot, but with a different ending, in which justice triumphs. But the real play was the only one that resonated with the audience and remained a beloved classic. 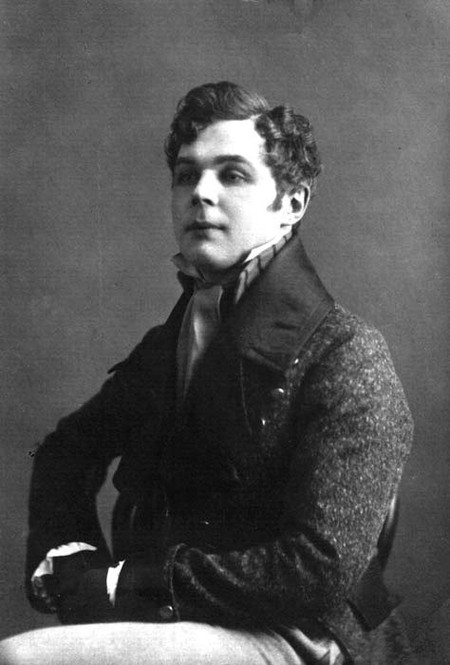 The Days of the Turbins by Mikhail Bulgakov (1936)

The play was a rewrite of the novel The White Guard adapted by the author himself. The events are set in Kiev during the times of the Russian Civil War. The city is just about to be taken over by the Bolsheviks, and the life of Imperial Russia is about to end. As they prepare for a new era in history, the family of Turbins faces their own tragedies. The play had a difficult time on stage, like many of Bulgakov’s works. Despite depicting the defeat of the White Army, which supported the Russian monarchy, it was taken off the stage during Soviet times. Surprisingly, it gained the patronage of none other than Stalin himself, and returned to the theatres up until the 1940s, enjoying great popularity among audiences. 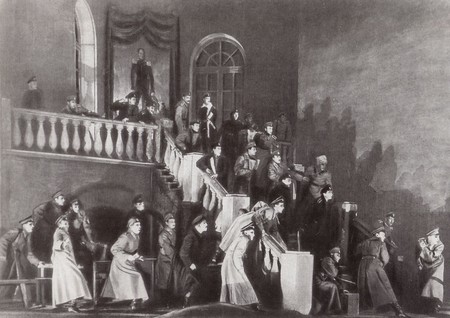 An illustration to 'The Days of the Turbins" | © Wikimedia Commons

The Cherry Orchard by Anton Chekhov (1904)

The Cherry Orchard is a play about the unforgiving passage of time. An elderly lady together with her daughter return to their estate after living in France. Her family is in financial trouble, as they are going into debt. Her estate with a cherry orchard is under threat, as it is about to be sold off to pay the debt. A friend of the family and a merchant, Lopahin, insists that the only way forward is to cut down the cherry orchard and to rent out the land. The family isn’t ready to let go of the past, as everything in the house brings back memories, reminding them about their previous life. The growing debt and the money-centric attitude of Lapahin leave them no choice, as they have to unwillingly step into the future. 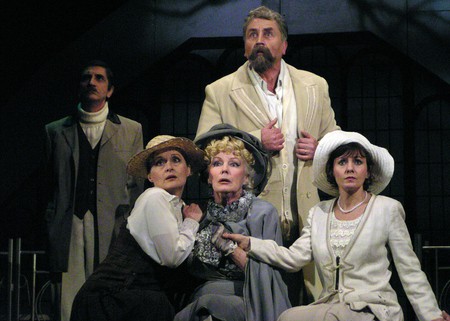 A scene from "The Cherry Orchard" | © Wikimedia Commons
Give us feedback