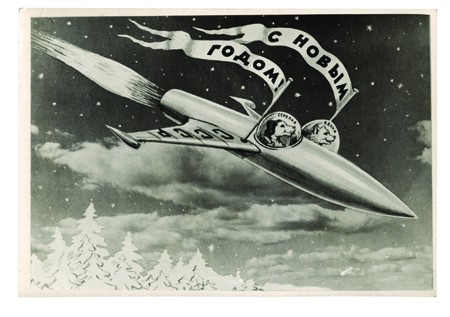 Who would have thought that homeless dogs picked up off the streets of Moscow would become some of the Soviet Union’s biggest stars? Yet in the 1950s and ’60s, the dogs Laika, Belka and Strelka became household names, even outside of the Soviet Union. In Soviet Space Dogs, Olesya Turkina, Senior Research Fellow at the State Russian Museum, St. Petersburg, explores the history and legends surrounding these early space voyagers.

On November 3, 1957 the Soviet Union successfully launched their second space satellite, Sputnik 2. On board was the dog Laika, destined to go down in history as the first ever animal to enter into space. Unfortunately for Laika, the satellite was launched before scientists had learned how to recover passengers, so they knew from the outset that Laika would die. But as the following extract describes, not only did the dogs on board the next space mission survive, but on their safe return to earth Earth they were also celebrated as heroes.

Belka and Strelka can be considered the first ‘space pop stars.’ Following their triumphant landing, they appeared on radio and television, and their portraits were featured in newspapers and magazines. They were chauffeured to celebratory meetings with Soviet citizens: politicians, outstanding laborers, schoolchildren and celebrities – both Soviet and international – considered it an honor to be photographed with this famous pair. The renowned American pianist Van Cliburn, who came to Moscow on tour, happened to make their acquaintance by sheer luck. Belka and Strelka ran off during their TV interview at Moscow’s Shabolovka broadcasting center, and having darted through the nearest door, had found themselves as guests in the studio where Van Cliburn was recording his concert. Cliburn immediately recognized them, asking Lyudmila Radkevich of the Institute of Aviation Medicine (who had just managed to catch the dogs), for permission to stroke them. It is difficult to determine who was more popular in 1960: Van Cliburn or Belka and Strelka… The meeting between the American celebrity and the Soviet space conquerors was promptly filmed and broadcast on the evening news; the footage later found its way into documentaries on space exploration. 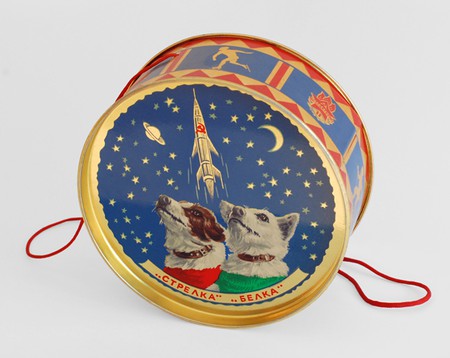 Portraits of the two dogs, adorably dressed respectively in red and green spacesuits, appeared in every conceivable place: on chocolates, matchboxes, postcards, lapel badges, postage stamps and toys. In contrast to Laika, Belka and Strelka had managed to attain fame during their lifetime. Their images evoked smiles and a deserved sense of pride – they were the first cosmonauts who had gone into orbit and safely returned. In an additional first, their capsule had been fitted with a camera that transmitted live images from space to Earth in real time. Following Belka and Strelka’s landing, a documentary about the preparation for their flight – which included that first live space broadcast – aired on television. The whole nation watched Strelka merrily spinning in zero-gravity, while Belka, on the contrary, remained reserved and watchful.

Afterwards, scientists regretted that they hadn’t installed microphones in the cabin, so that the dogs could have been heard on Earth. (In fact, there had been microphones, but they were calibrated for the specific purpose of monitoring the noise level in the cabin, and not for recording the noise made by the dogs.) Where previously the only sound was the beep-beep-beep of the first Sputnik, the barking dogs gave Outer Space a new soundtrack (albeit one that could only be heard by the scientists on the ground). During their flight, as they and the American satellite Echo 1 passed simultaneously over the Tyuratam cosmodrome, both dogs began to bark at the same time. This coincidence caused a thunderous cheer at the Soviet Mission Control Center, and some wished that the space dogs had ‘taken a piss’ in the direction of their American counterpart. However, the scientists would not share those memories until much later. On August 20, 1960, immediately after landing, Belka and Strelka became the heroes of not only official newspaper announcements, but also poems and stories.

Belka and Strelka’s worldwide fame was intrinsically connected to the pathos of the Soviet technological revolution, one of the principal achievements of which was the conquest of space. Their celebrity status played a significant role in the confrontation between the two opposing ideologies of the Cold War. Most importantly, the image of Belka and Strelka had made space more ‘human.’ Whereas Laika’s tragic end had split the world into two halves – those who would sacrifice the dog for the sake of winning the Space Race, and those who could not justify her death – the images of the two adorable dogs comically paddling in zero-gravity, dressed in their tailored spacesuits, seemed to have made the idea of the cosmos a little warmer. Space could now be perceived as home, perhaps faraway and fantastic, but already awaiting man, who was scheduled to visit very soon. 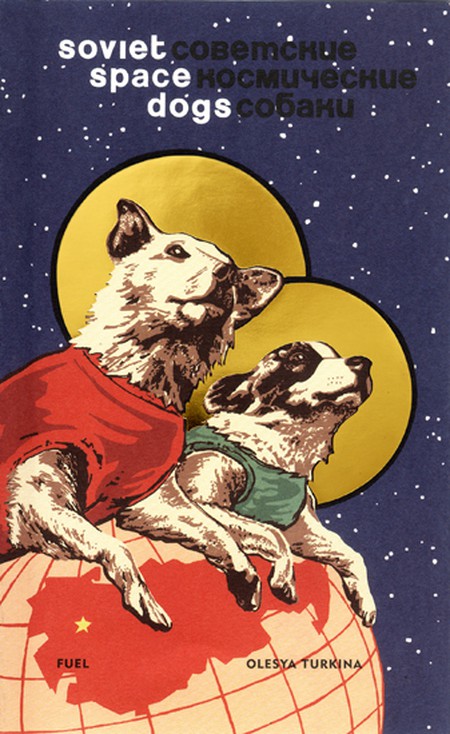