Russian Last Names and Their Meanings 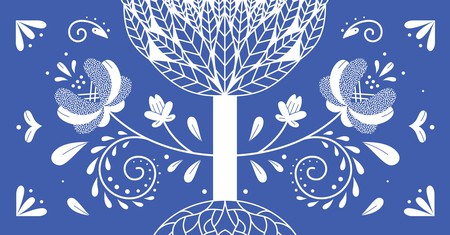 Get an insight to the meanings of common and famous Russian surnames with this insider’s Culture Trip guide.

Birds and animals are the inspiration behind many of Russia’s best-known surnames: think of newspaper owner Evgeny Lebedev (whose name comes from the word for swan) or former Russian President Dmitry Medvedev (from medved meaning bear). Some, such as Melnikov (from the word for miller) refer to professions – centuries ago the job provided a nickname. Many were a father’s first name or nickname, with “son/daughter of” stuck on the end. Most change their endings, often with an a, according to gender: Ivan Goncharov or Natalia Goncharova. Here are some of the most evocative names you are likely to come across. 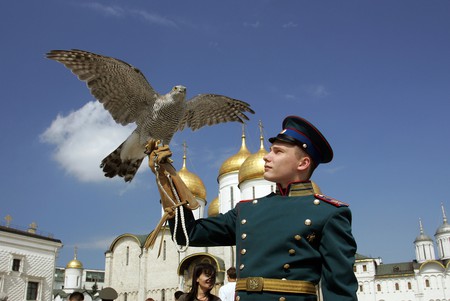 From the Russian word sokol, meaning falcon, Sokolov is one of Russia’s 10 most common surnames. Falcons are a symbol of courage and falconers were important in the medieval Russian court. Over the centuries, there have been a lot of famous Sokolovs, from mathematicians to marathon-runners. Sokolov is one of many surnames based on bird names like Vorobyev (fromthe word for sparrow), Orlov (eagle) or Sorokin (magpie) and some historians think this could have origins in an ancient Russian bird-based religion.

A novik was a young nobleman who joined the army, but novy means new and the name was also a nickname for newcomers that became an official name for their descendants. It’s a common name and there are lots of well-known Novikovs, including the restaurateur Arkady Novikov who owns more than 50 eateries, showcasing numerous cuisines, in Moscow, London and beyond. 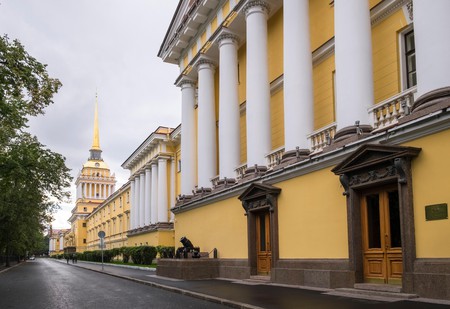 The origin of the biblical name Zechariah (meaning “God has remembered”) lies with the Old Testament book of Zechariah. This minor prophet has provided first names for centuries, from an early Coptic pope to US actor Zachary Quinto. The surname Zacharov (not to be confused with Sacharov, from the word for sugar) belonged to a Russian noble family with several celebrity descendants, ancient and modern. These include Andreyan Zakharov, architect of Saint Petersburg’s striking Admiralty building. One of the best-known people today is the much-quoted Maria Zakharova, spokesperson for Russia’s Ministry of Foreign Affairs. 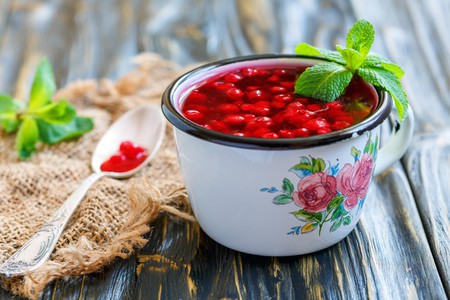 From the old Slavic word kissel, which means sour, kissel is a kind of sweet, jellied fruit-based drink or dessert, usually made out of sour berries such as redcurrants and cranberries, sugar and edible starch. The dish has a legendary history, and is traditionally served after Russian Orthodox funerals, and has otherwordly fairy-tale associations. Kids were probably first called Kissel as a talismanic name to ward off evil spirits. As a surname it goes back at least to the 15th century and has a fancy coat of arms. One of the best-known Kiselyovs today is Kremlin propagandist Dmitry Kiselyov. 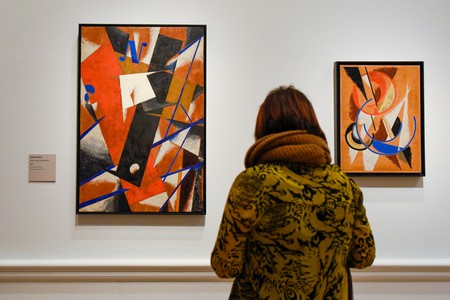 From the old Russian word pop meaning priest, Popov is the fourth most-frequent Russian surname. It was originally used for the sons of priests and has been in common use for decades. There have been hosts of famous Popovs, including avant-garde artist Lyubov Popova, whose works pioneered cubist, constructivist, futurist and suprematist styles. 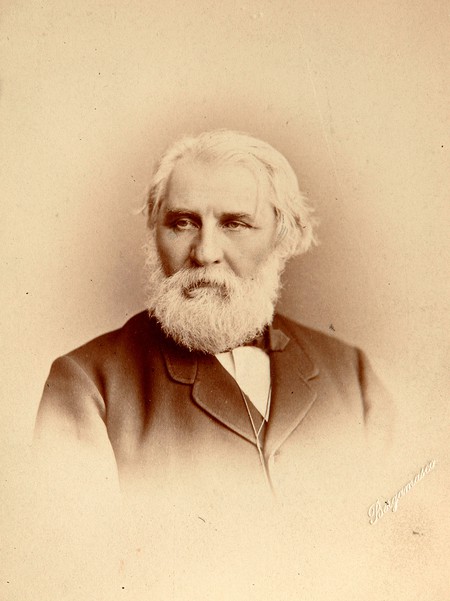 The Turgenevs were a noble family in Russia, and among them was the famous writer Ivan Turgenev. The Turgenevs traced their roots to a Mongolian man who was in Russia during the Mongol Yoke – the Mongol’s control of Kievan Rus (modern-day Belarus, Ukraine and part of Russia) between the 13th and the 15th centuries. Translated from Mongolian, the root of the name “turgen” means fast, quick or even eccentric.

The surname Lebedev is taken from the animal world, in this case the swan. It is an elegant and beautiful-sounding name that, unsurprisingly, became more popular over time. Лебединский/Lebedinsky, Лебеженинов/Lebezheninov and Лебединцев/Lebedintsev are just some of its derivatives. At a certain point in time, this surname became more popular with members of the clergy. 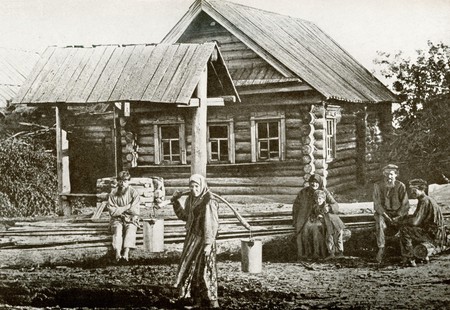 For many centuries, Ivanov was the most common surname in Russia, especially among peasants and farmers. It was derived from the patronymic Ivanov, which means belonging to Ivan. It was not uncommon among peasant families to merely use the first name of their father as a surname. Since Ivan was a popular male name, Ivanov became a popular surname.

Smirnov is a popular surname in Russia’s North. The meaning of the name implies being calm, obedient and quiet, and it originates from an archaic male name, Смирной (Smirnoy), which is not used anymore. The noun смирный (smirny) now has a different pronunciation, but the archaic form has been preserved in this surname.

Like Lebedev, Preobrazhensky is another surname that was popular among members of the clergy. It stemmed from the Christian feast day of the Transfiguration. Owing to its religious significance, many members of the clergy would let go of their lay name and adopt a church alternative upon entering service.

Yahont used to be an old name given to two precious stones, the ruby and the sapphire. There are many examples of names that were derived from precious stones or metals, but this one has also preserved an archaic word. 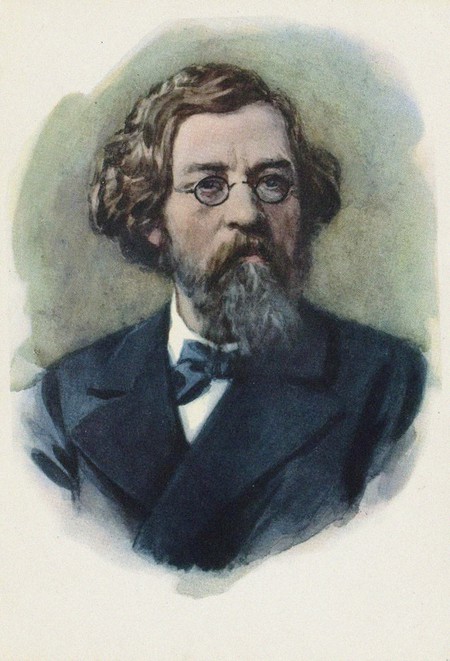 The first person to have this surname was the parent of a Russian philosopher and revolutionary, Nikolay Chernyshevsky. While applying to study at a seminary, Nikolay’s father was asked for a surname, but he didn’t have one at the time. So, he made one up based on the village where he was born – Chernyshevo.

Here is another derived from a profession. Similar to Smith in English, Kuznetsov literally means “of a blacksmith”. Since even the smallest village or town would have one engaged in the trade, this surname became widespread around Russia. Because the word doesn’t vary too much between dialects, Kuznetsov became one of the most popular surnames in Russia. Only in Ukraine and Belarus was it adapted to conform to the local language.

This surname is based on a place in the Poltava region of Ukraine – Obolon. Although this word isn’t used anymore in Russian, it used to mean “a wet field”. Nowadays, the Oblonsky surname is more widespread geographically, but the first holders of this name can be traced to this one part of Ukraine. 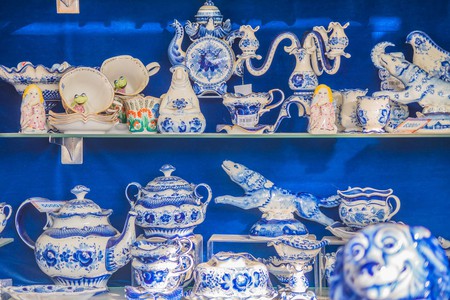 A гончар/gonchar in Russia was a potter who would make all the clay items for the village. Goncharov then became the name for the potter’s children and eventually spread around the country. The word was gradually elevated to higher social ranks and became the surname of, for instance, novelist Ivan Goncharov.