A Brief History of the Moscow Metro 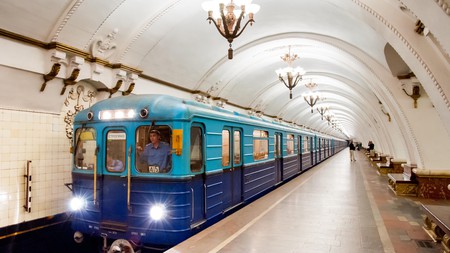 There are many things for which Moscow is famous, and the metro is certainly one of the most prominent of them. The metro is the city’s beating heart. During peak hours, crowds of people pour out into the streets to the rhythm of the trains entering and leaving the stations. The metro is Moscow’s primary means of public transport; it’s also a monument to its turbulent history and vibrant present, and a crucial element and major constituent of its identity. You can’t understand Moscow without understanding its metro – this is why we’re introducing its brief history to you here.

Moscow’s metro is the most crowded in the world.

Moscow metro serves the largest number of passengers a day out of all the metro systems in the world: on weekdays this number goes up to nine million. It consists of 14 lines and 212 stations and has more than 360 km of tracks. Plus, 44 of these stations are cultural monuments. Why is that the case? And how did it all start? 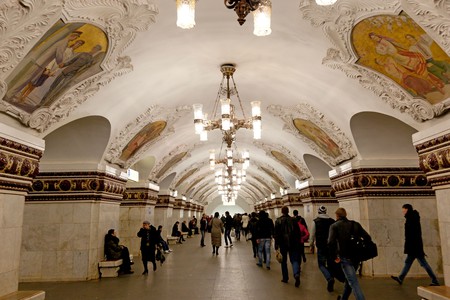 It all started with Stalin.

The first plans of the Moscow metro date as far back as the Russian Empire, but the construction started only in 1931, and the first stations were opened to the public in 1935. The first line of the Moscow metro, the part of the red line from Sokolniki to the city centre, was 11km long.The initial plan included ten lines with a total length of 80km. Even though only Soviet workers and volunteers were employed in constructing the tracks and the stations, the metro system itself was designed by specialists who had previously designed the London Underground. The imported engineers got to know the topography of Moscow very well in the process, which, according to NKVD, was an offence punishable by arrest. 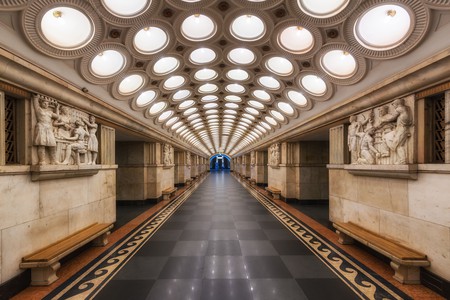 What happened to the metro during the wars?

The Second World War had an influence on everything that happened in the country. The construction of the metro was no exception. Pro-socialist interior motifs were replaced with war-themed décor, the construction of new stations was delayed, and some of the old stations went out of service. Many of the stations served as air-raid shelters during the siege of Moscow in 1941.

After the war, construction picked up again. The most iconic of the lines, the ring line, was opened. It traces the Garden Circle (one of the main avenues of the city). The ring makes changing lines wonderfully easy. It is marked brown in all the official metro plans. Rumour has it that it was never a part of the initial design, but that Stalin put a coffee mug on the provisional plans that left amark in the shape and location of the current ring line, and that it was then constructed because nobody then dared to oppose the Leader’s note.The Cold War brought with it a reduction in both the metro’s budget and extravagance. The Cold War stations, located a little bit further from the centre, can be recognised immediately: they all look almost the same, with a row of columns running on both sides of the platform. The only difference between them is the colour of the marble or ceramic tiles on the walls. 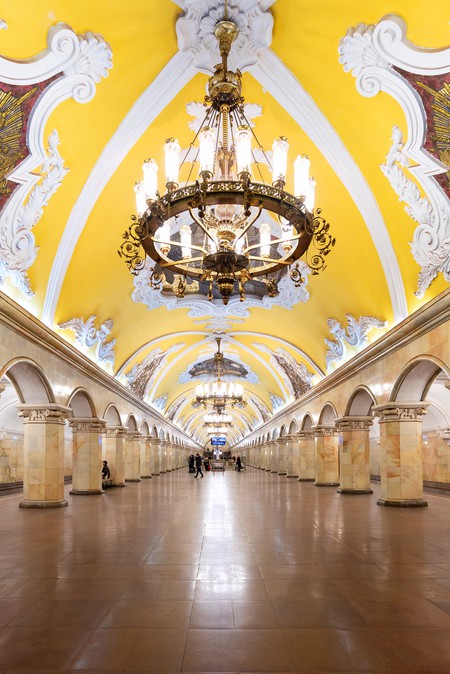 What is happening with the metro now?

Nowadays, the Moscow metro is constantly expanding, with new stations added to the lines every year. 2016 was especially important in the life of the metro:it is when the second (on-land) circle line was open. The Moscow metro is also an important element of culture: one of the most popular contemporary Russian writers, Dmitri Glukhovsky, set his post-apocalyptic novels entirely in the metro. The metro is, figuratively and literally, the heart of Moscow. If you want to truly get to know the city, start from the metro. 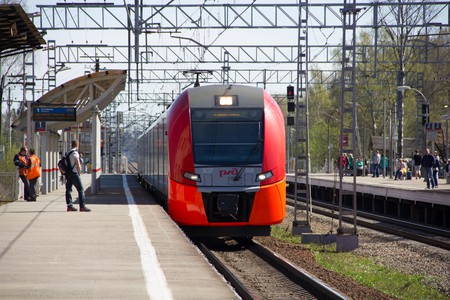