8 Lesser-known Russian Plays You Should Read 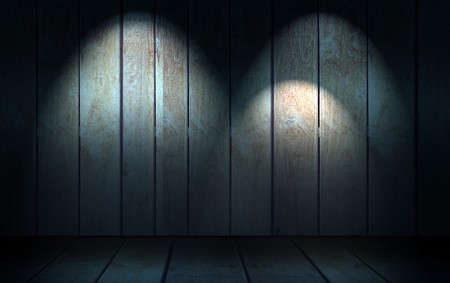 The following plays have made a significant contribution to Russian literature and deserve an avid reader’s attention. And, keep in mind, just because some of these are lesser-known doesn’t mean they’re any less compelling. From Chekhov to Tolstoy and more, here are some plays you might have missed in your literature classes.

The Seagull by Anton Chekhov

Chekhov was undoubtedly a master of the short story, but his name is also associated with theatre. Among his plays is The Seagull, which is — simply speaking — many love stories in one. The love story of the main characters is intertwined with their passion for the arts, especially theatre. Their feelings influence the actions of all the characters, and they blindly follow their instincts leading them to unhappy endings. The production of the play became an immediate success, and the seagull became the symbol of the Moscow Art Theatre. 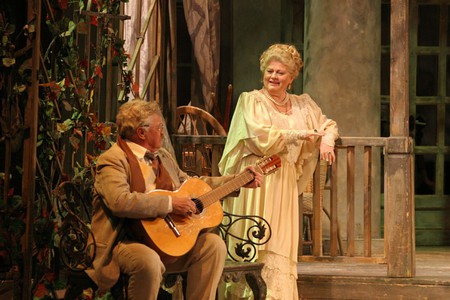 Production of The Seagull at the Maly Theatre | G. Zimin

The Rose and The Cross by Alexander Blok

Alexander Blok is famous for his poetry, but his major theatre work is often overlooked. The story is set in Medieval Europe and his main character is a troubadour named Bertran, a possible reference to a historical character Bertran de Born. Yet the play does not aim to be historically accurate, rather, it showcases life in feudal Europe. The play had a difficult history in the theatre: It was turned down by one of the leading directors; he did finally decided to produce it, but after numerous rehearsals, the play never made it to the big stage. 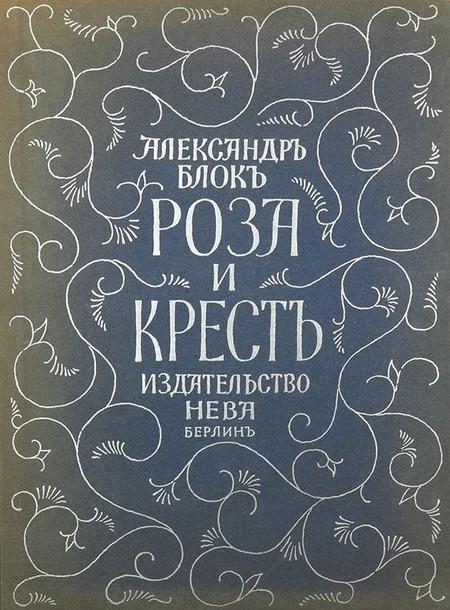 The Rose and The Cross | Neva Publishing House

A tragedy that tells the story of a woman, also owner of a shipping company, whose family begins falling apart. After the death of her son, the woman’s daughter-in-law attempts to take her grandson away. The woman however is willing to go to great lengths to keep her grandson, the only heir to the company. The play was first produced about 20 years after the first edition was completed. Gorky changed it, making the theme of class struggle more evident. It thus became instantly successful and a staple at all Soviet theatres. 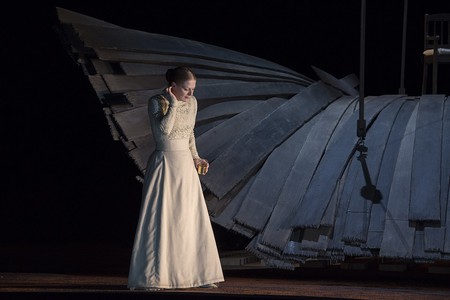 The Minor by Denis Fonvizin

The play is a masterful caricature of everything that was wrong with Russian society at the end of the 18th century. It became an exemplary work for future playwrights, such as Pushkin and Gogol. The main character is a minor, which is perhaps a fairly general translation of a term that means a young landowner who hasn’t received permission to enter government service nor allowed to get married. An incompetent young man, who is still a minor, he is constantly harassed by his overbearing mother to complete his studies. Most characters in the play are negative and portrayed in a comical manner, a combination that likely brought success to the play. 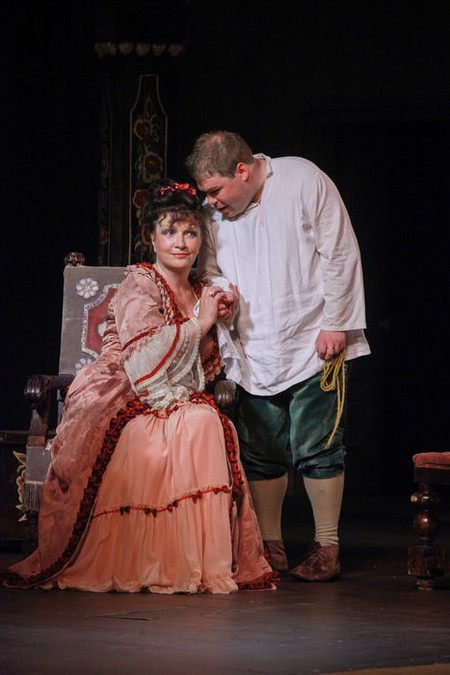 The Minor and his Mother | Maly Theatre

Woe from Wit by Alexander Griboedov

Woe from Wit is a play written in rhyme and is considered the first Russian play to be written in the genre of realism. The main character, Chatsky, returns home to his beloved of three years past with an intention to marry her. Yet he finds that she holds a grudge against him for leaving her behind and has fallen in love with another man. Disillusioned with his beloved, Chatsky becomes a prominent critic of the Moscow aristocracy. Naturally, the play was not welcomed by government censorship. It was published in its entirety only after the writer’s death. 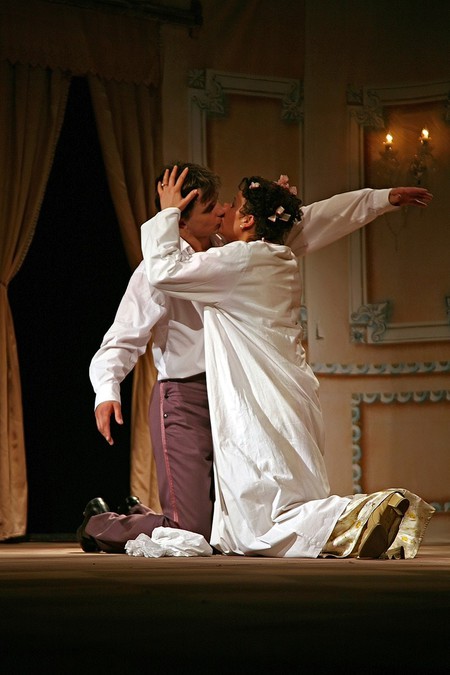 A Scene from Woe from Wit | Evgenia Malahova

The Living Corpse by Leo Tolstoy

The plot was inspired by a true story of a couple that faked the husband’s death so that his wife could get married again. They were found out and both sentenced to imprisonment. In a similar story, the main character of the play becomes suspicious that his wife is in love with another man. He runs away from his life and disappears from the city. His wife assumed he was dead and married again. When he returns, she is put on trial. She is given a choice: leave her current husband or be sent into exile. The play was published after the writer’s death and, according to Tolstoy, not quite completed. Nevertheless, it became a success on stage. 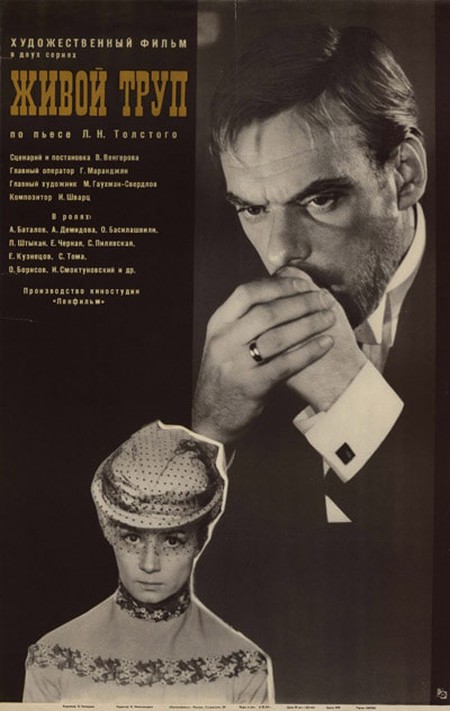 Poster for the 1968 film The Living Corpse | © Wikimedia Commons

The Storm by Alexander Ostrovsky

The play largely criticises the outdated family values of upper-class Russian families. The main character, Katerina, is stuck in a loveless marriage. She falls in love with am married local man and soon realises he loves her back. They began meeting secretly, but Katerina suffers from her betrayal and soon comes clean to her husband. Her life becomes unbearable when, as a result, she is completely shut out by everybody in her life. In a small remote town, she has nowhere to go, and, as a woman, one wrong step can destroy her life forever. 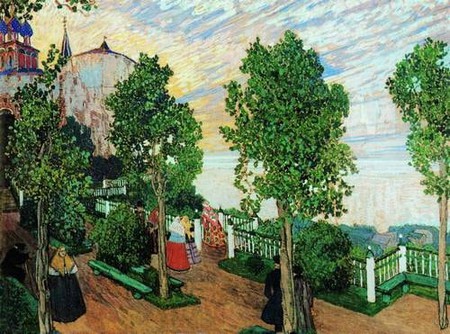 Sketches for The Storm Theatre Production | A. Golovin

The Run by Mikhail Bulgakov

Like many works of Bulgakov, this play was also published and produced only after his death. The play did touch on a sensitive topic, the Russian Civil War, and talks about the lives of immigrants that fled Russia at that time. The events of the play were inspired by real events, taken from the memories of Bulgakov’s second wife. The play received negative feedback in a letter from Stalin himself. He accused the writer of anti-Soviet sentiment, and, naturally, it was not allowed to be published. 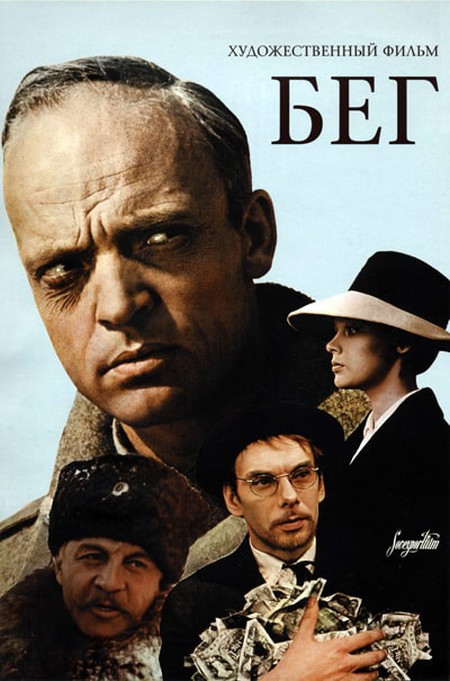 Poster for the 1970 Film The Run | Mosfilm
Give us feedback