7 Traditional Dishes You Must Try in St Petersburg 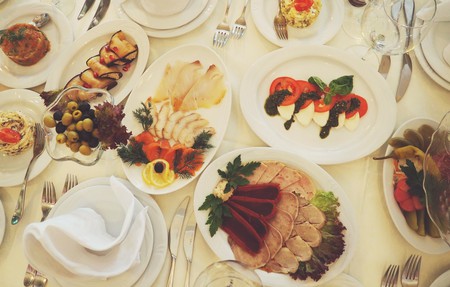 St Petersburg’s cuisine has been influenced by French, German, Swedish, Finnish and other cultures, thanks to the city’s rich and diverse history. Nowadays, St Petersburg continues to be known for its delicious and traditional dishes. Here’s our pick of the best.

Although on first sight they may look like donuts, pyshki are St Petersburg’s variation on this most delicious of sweet treats. As the traditional dessert of St Petersburg and an intrinsic part of culture of the city, a hot pyshki with a coffee – especially in winter – tastes like paradise. It’s little wonder that you’ll see ‘Pyshechnaya’ cafes almost on every corner – and it’s easy to guess what’s served there.

Koryushka (smelt) is a small river fish closely linked with spring in the minds of local citizens. The story is that it appears in the Neva river around the beginning of May – it’s easy to notice by the smell of cucumbers wafting along, as surprisingly, this fish smells like cucumber. The favorite dish of many citizens is fried koryushka, served with potatoes or vegetables. With a fresh taste, it is really addictive! 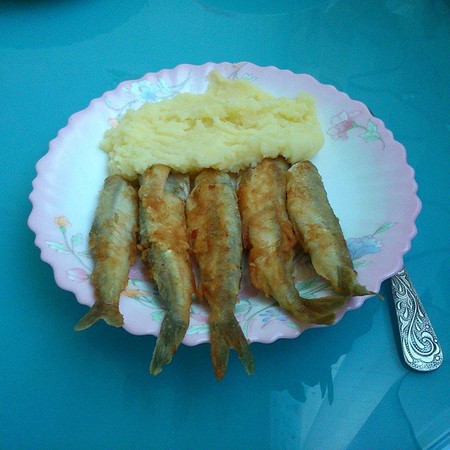 Legend has it that this dish owes its creation to Duke Stroganov’s bad teeth: his cook had to cut the meat into small pieces for a sour cream and beef stew that was being prepared, as the old duke could no longer chew effectively. The recipe is a simple one, but delicious nonetheless, resulting in the dish quickly becoming popular in the whole country.

Rassolnik is a type of traditional soup enjoyed throughout Russia, though Leningradsky rassolnik is a variation specific to St Petersburg. Traditionally, rassolnik is prepared using pickles and pickle brine, which gives the soup its distinctive taste. In Soviet times, the most popular rassolnik recipe in St Petersburg was one with meat and barley – thus it was named Leningradsky, after the city’s USSR name.

Invented in the 19th century and prepared from chicken or veal meat, this dish is named after General Mikhal Skobelev, a historical figure who was a true hero in the eyes of public, and was known as the “white general” because of his white horse.

Pancakes and caviar are possibly some of the best-known dishes associated with Russia, and are enjoyed especially at Maslenitsa, a traditional holiday symbolizing the end of winter. Although, as some cycnics say, local aristocrats enjoyed eating pancakes with caviar not just at Maslenitsa, but all year round. 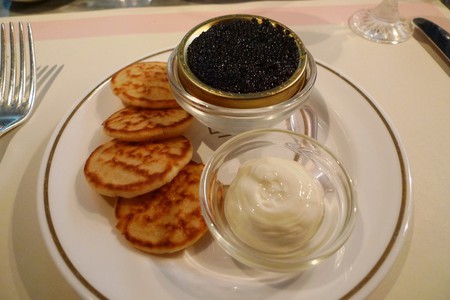 After the French invasion in 1812, champagne became extremely popular in Russia. By using sterlet, a type of sturgeon found in the Volga river, and French champagne, the chefs of the time were able to demonstrate an exquisite and sophisticated combination of tastes. This dish also used to be a sign of wealth, as the ingredients were very expensive.