7 Movies That Were Once Banned In Russia 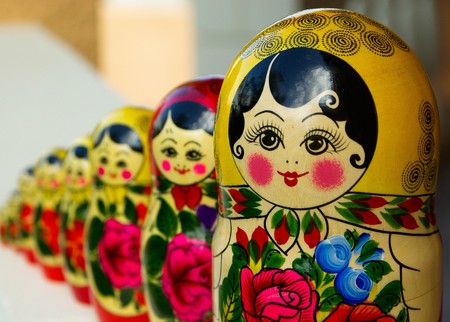 Russian artists have never had it easy. Since the times of the Russian Empire, the authorities have wanted a say in what their citizens watch, read and, consequently, think. Unfortunately, some of the people in power in Russia still believe that the best way to deal with what they deem to be inconvenient topics is to shove them under the carpet. Here are seven movies that once fell under that label and were banned in Russia.

Leviathan (2014) is among the most successful Russian films of the last decade and received many prizes at prestigious festivals. The film, which premiered in May 2014 at the Cannes Film Festival, wasn’t permitted to screen in Russia until February 2015. Officially, the film was banned because of the liberal use of profanity, which is forbidden in public spaces in the country. However, it is widely believed that the authorities disliked the open critique and accusation of corruption in the current government. The producers eventually dubbed the swear words, and only then was it released.

Blue is the Warmest Colour

It might not come as a surprise that the love story of two women was, to say the least, controversial in Russia. The Russian Ministry of Culture deemed the film child pornography. Blue is the Warmest Colour (2013) – which received numerous prestigious awards, including the Palme d’Or at the Cannes Film Festival – was eventually screened in select cinemas; it was also very quickly removed from their line-ups.

The humour in Borat: Cultural Learnings of America for Make Benefit Glorious Nation of Kazakhstan (2006) is not up everybody’s alley – it definitely wasn’t to the liking of Russia’s State Committee for Cinematography. Kazakhstan, where the movie takes place, felt the title character had spoiled the country’s international reputation, and they banned the film from screening at cinemas. In an act of solidarity, Russia banned Borat, as well.

Andrei Tarkovsky, a prestigious Soviet Russia director, led the production of Andrei Rublev (1966), which is about Russia’s most famous icon painter. The film was loosely connected to Rublev’s biography and presents an authentic image of medieval Russia. However, it’s not completely biographically or historically accurate, which is why it wasn’t distributed in Soviet Russia for many years.

Child 44 (2015) is another Hollywood attempt to explain a bit of Soviet history that was not greatly appreciated by Russia’s State Committee for Cinematography. The thriller, set in 1952 in the midst of Stalinist Russia, is fictitious and was based on Tom Rob Smith’s novel of the same name. It was banned in Russian theatres due to the distortion of facts pertaining to the Great Patriotic War, the the name Russians use to refer to a period of WWII.

Tangerines (2013) is a Georgian film about the conflict in Abkhazia in the early ’90s. Although it was nominated for best foreign language film at the Academy Awards and Golden Globes, this was not enough to convince the State Committee of Cinematography to allow distribution in Russia.

The Death of Stalin

The Death of Stalin (2017) is an internationally acclaimed film based on a French graphic novel of the same title and directed by Armando Iannucci that tells the tale of power struggles in the Soviet Communist party that broke out after Stalin’s death in 1953. The film was supposed to be screened in all major cinemas in Russia, until two days before the release, when the Ministry of Culture decided that some of the information included was illegal to distribute in the Russian Federation. The film was never released.