5 Bollywood Films That Made It Big in the USSR 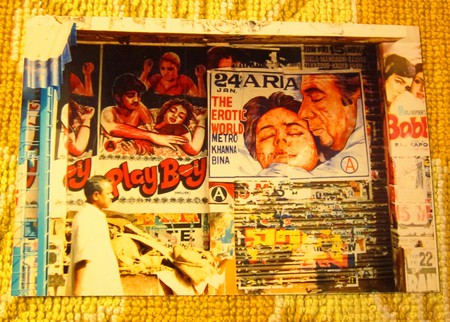 The Soviet Union’s opposition to the West and rejection of its cultural production opened the door for Russia to develop what may seem like unlikely artistic allegiances. Thanks to a ban on Hollywood, Indian cinema crept into Soviet popular culture. Audiences, sympathetic to India’s desire to escape colonial rule and struggles with partition, were bolstered by Bollywood’s refreshing brand of jangly optimism in the face of hardship. Here are five Bollywood films that have carved out a place in Soviet hearts.

A global hit, Awaara sold over 63 million tickets in Russia and pulled in over 29 million rubles, making it the first and biggest Bollywood hit in Soviet times. It was directed by and featured Raj Kapoor, one of Bollywood’s greats and a Soviet heart throb. Privileged Rita, played by Nargis, and Raj, a man led to crime through poverty and necessity (Kapoor), play out this class-struggle epic. An elaborate plot involving kidnap, deceit and family betrayal that ultimately twists into the the story of love and redemption has cemented Awaara as a classic.

Two Mumbai teenagers from different castes fall in love to their parents dismay. Raj, played by Raj Kapoor’s son Rishi Kapoor, is the son of a successful business man while Bobby, played by Dimple Kapadia, is the daughter of a fisherman. Directed by Raj Kapoor, Russians filled the cinema to revel in the Kapoor charm and style and just as Awaara established Raj Kapoor as a presence, Bobby catapulted Rishi to Soviet stardom.

A rages-to-riches tale about impoverished street performer and wedding singer Anil, who overcomes his childhood demons and insurmountable obstacles to take glory. With two broken legs Anil fights to win first place at the International Disco Dancing Competition and the affections of Rita, the daughter of the man who broke his legs in the first place. The soundtrack ( it features that song remixed by M.I.A ) and fight scenes made the film so compelling to Soviet audiences, Disco Dancer took over 60 million roubles at the box office and surpassed Awaara as the biggest grossing Bollywood film of Soviet times.

Two identical twins are separated at birth. Feisty Gita is a poor street performer, while meek Zita lives with her cruel aunt, her submissive uncle and her elderly grandmother in moderate wealth. A suicide attempt turns into a case of mistaken identity and the sisters swap places, unbeknown to their families and respective suitors. A series of comical misunderstandings result in true love, marriage and retribution for the aunt, and charmed a nation. Over 55 million Soviets watched it in the cinemas and a pair of Kyrgyzstani siamese twins were named after the sisters.

Mamta is another film about class-conflict and the sacrifice and expense that comes with motherhood. Wealthy Monish falls in love with poor Deviyani, with both families disapproving. Again, intricate plot-lines muddy family allegiances and finances and Deviyani is forced to marry an older reprobate in thanks for a loan. Deviyani runs away and now with baby in tow, she has to go to great lengths to provide for her child, Suparna. Both Deviyani and Suparna were played by Bollywood veteran Suchitra Sen, who won Best Actress at the 1963 Moscow International Film Festival for her role in Saptapadi.